Nikolai started preschool on Monday. We dropped him straight into a Russian speaking class (he only speaks a few sentences of Russian, so this was a risk!), but he has come home pleased as punch every day, to our extreme delight. I was really nervous that he wouldn't take to it, or that it would be too hard to understand the teacher, or that he would be sad to be gone from us for so long (4.5 hours every day!). But he comes home every day proud of what he did and eager to show off what he learned. It makes my heart kind of burst, and he feels suddenly so grown up. I'm not really sure what to do with this feeling. 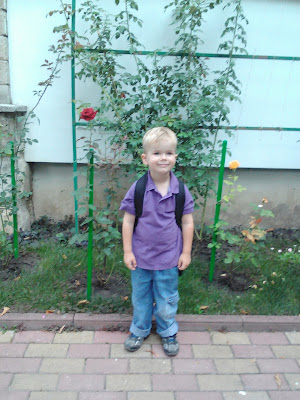 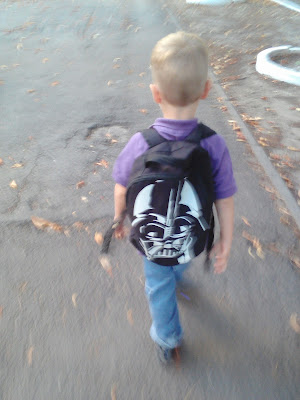 Needing to drop Nikolai off at 8 am means that our mornings have to start earlier than they used to. While Jesse was in school (and even while I was working, because my earliest shift was at 10), mornings were a pretty relaxed affair for us--Jesse would get up and need to leave by 8 or so, but me and the kids would laze about, have some breakfast, watch tv, and eventually get dressed and head out for the day. 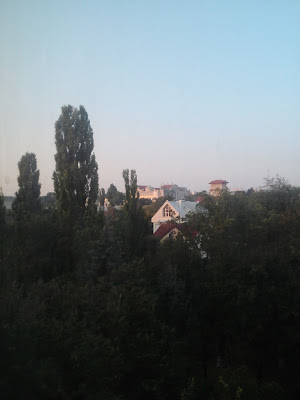 Now, we are waking up at 6:45 every day so we all have time to get up and get ready before shipping out at 7:50. It's the first time in about 5 years that I have willingly woken up before 7, and it's actually surprisingly delightful. Sunrise here is cheery and pink, and all the buildings around us take on a lovely colorful glow that makes me pleased to wake up early (instead of my usual grouchy). 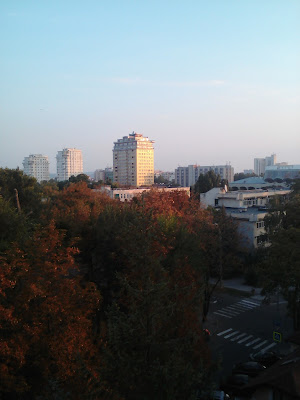 Mornings might not be as lazy as they were before, but they're still surprisingly cozy. We all sit around in our jammies for a bit and drink some yogurt (you didn't read that wrong--everyone has yogurt here that is thinner and can be sipped instead of spooned. I love it!), I have a glass of mint tea (because I'm not usually hungry before 8), and Jesse and I exchange glances over the kids' heads, marveling at their lovely sleep-smooshed hair and rosy faces.

And then, sometimes, Niko says, "Daddy, tell me more about the Voyager!" So Jesse continues on the tale he began last night, about the Voyager space probe and its contents, and what it might be like if aliens found it. 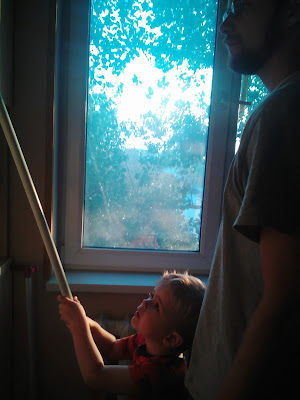 And then I get to have a marveling moment all to myself, amazed at what incredible people I get to share my life with.

ivrcti said…
Funny, you'll feel exactly the same when Niko leaves for college: anxious, proud and knowing that this is a milestone and that he's growing more independent and doesn't need you as much....

Oddly, I'm having the similar nervous feelings each evening as I write Albert at Air Force basic training.

Sorry, I need to collect myself for a minute....

Maren said…
That's beautiful. We started preschool this week too, but thankfully not so early for us night owls. ;) It is thrilling to watch them learn and expand. But there's a still a little part of me that wants to keep them little and by my side forever.
September 9, 2016 at 5:47 PM

Maren said…
That's beautiful. We started preschool this week too, but thankfully not so early for us night owls. ;) It is thrilling to watch them learn and expand. But there's a still a little part of me that wants to keep them little and by my side forever.
September 9, 2016 at 5:47 PM