We have been making things.

Nikolai saw Jesse sitting in a chair and made a picture of him: 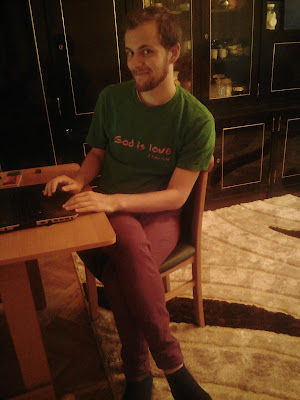 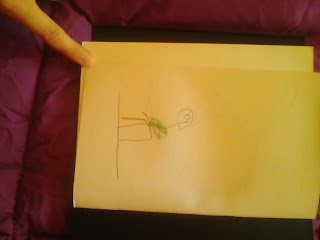 I don't know if you can tell, but he drew Jesse's legs bent at just the right angle and even tried to draw them crossed, by making one shorter than the other. Atta boy!

We couldn't consider ourselves fully moved in until we made cookies. We didn't have brown sugar or shortening, but they turned out pretty tasty anyways! 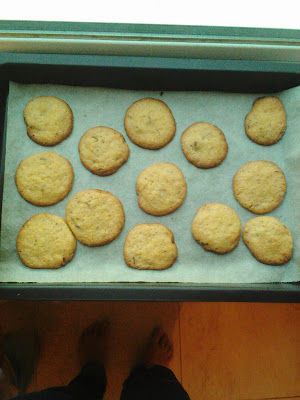 I bought a big bag of plain brick legos before we moved (we needed more) and busted them out when we got into our new apartment, so we've all spent a lot of time making things with them. Nikolai and I built this sweet tree house (pardon the terrible colors, my phone dislikes the lighting in our living room): 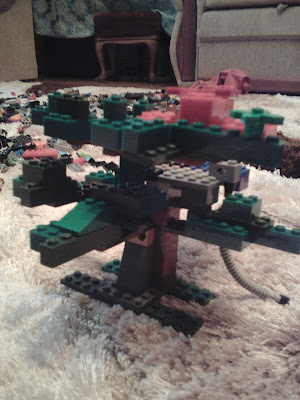 I bought some cheap modeling clay at the grocery store, and Nikolai and I had some fun making tiny monsters and Pokemon: 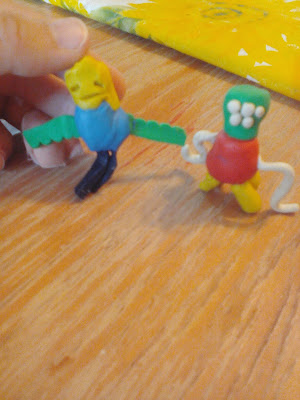 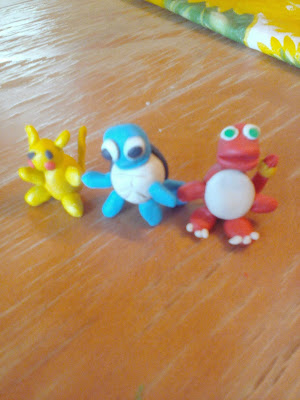 Finally, we haven't really been making money (sure, Jesse's getting paid by the fellowship, but it's not quite the same thing), but we have been using our fair share of Moldovan currency. 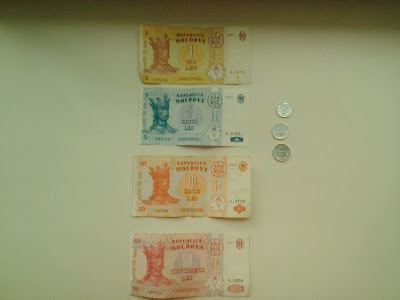 Of the coins, the 25 bani is worth 1 cent, and the 5 is worth just $.002. Though the dollar is fairly strong against the Lei (meaning just because 15 Lei for milk is cheap for us doesn't mean it is for Moldovans), banii are fairly pointless and it seems like many merchants don't use them.

What is very interesting is trying to get used to a currency system where a large number like (like 200 Lei) actually isn't that much money (it's about $10). It's sort of strange to see huge numbers and think that it's actually fairly affordable (though this might be leading me to throw endless amounts of bags of cookies in our cart at the store, saying, "it's only 20 Lei! It barely counts as spending money!")

We had this problem when we visited Russia 5 years ago too, when $1 was worth about 37 rubles (fun fact, now a dollar is worth 64 rubles. Poor Russians and their crashed economy! Thanks a lot, Putin!)

Loïe said…
I love all of the darling creations and the interesting money information! It's weird to orient yourself to a different currency.
September 18, 2016 at 4:31 AM