Something my readers might not know (well, I'm assuming anyone except my immediate family reads this...that might be a stretch) is that I play the violin!  I played in middle school and high school and dabbled in it in college, but it was hard to make time for it so after a few semesters I mostly let it go. I've been feeling conflicted about it for some time because it used to be a big part of my life, and for a long time I hadn't played at all.

I must have mentioned my longing to play again to Jesse because last year, for my birthday, he did some research and found out that there is a community orchestra nearby that I could possibly join! It's a volunteer orchestra, meaning I wouldn't have to audition--great first of all because I haven't played in a long time and would be extremely rusty, and second, because I really just hate auditioning (I get so nervous!).  I was so excited to hear about this opportunity but I didn't feel brave enough to do it right away.  Instead, I put it off, thinking I'd probably try and start in January, when I had had time to practice some and get a little un-rusty.

In the meantime, I mentioned my plan to my good friend Michelle, who also grew up playing violin.  She expressed a similar sentiment to me--that she missed playing, and hoped to start again--so I casually invited her to join the orchestra with me.  She got very excited at the prospect and decided to do it as well!

So in January, when they started rehearsing again, we joined them! It was hard at first, getting back in to the swing of things, but we've gotten better.  I have admit to you though--Michelle has been a major factor in me staying the course and continuing on with this endeavor. I'm often shy in new situations, and I'm sure I would have stopped in the first few weeks if I didn't know that Michelle would be there with me, carpooling across town every week and bravely making friends with our section mates.  On the weeks when I hadn't practiced much and was feeling bad about my skills, I would have almost certainly talked myself out of going to rehearsal, but the peer pressure and Michelle's kindness kept me going :).

A few days ago, we had our concert, and it was so fun! 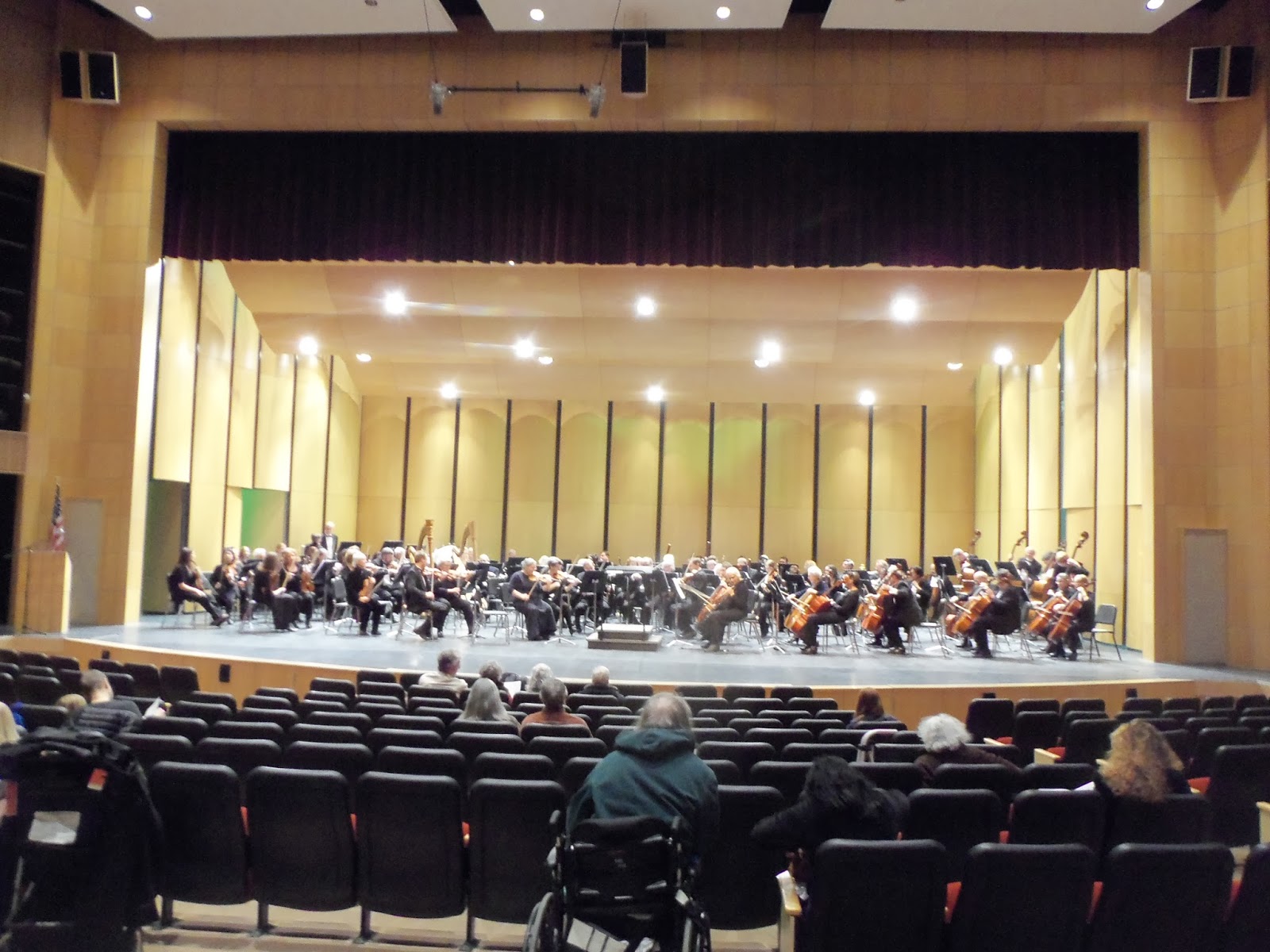 We played three pieces, which unfortunately weren't recorded, so I'll post the youtube versions in case you'd like to listen to them (disclaimer: we are a community orchestra, and are not as good as the versions I'm posting. But  you'll get the gist :D)

(also, no, we didn't have anyone singing with us--if I recall, the harp took over that part).

Our normal conductor was the cello soloist (he's a cello Professor at the Univsersity here) and he was AWESOME. So good.

Finally, we played Symphony No. 2 in D major by Johannes Brahms:

Side note: anytime I hear "Johannes Brahms," this is what I think of:

Anyways, we had a really great time!

A picture of us musicians: 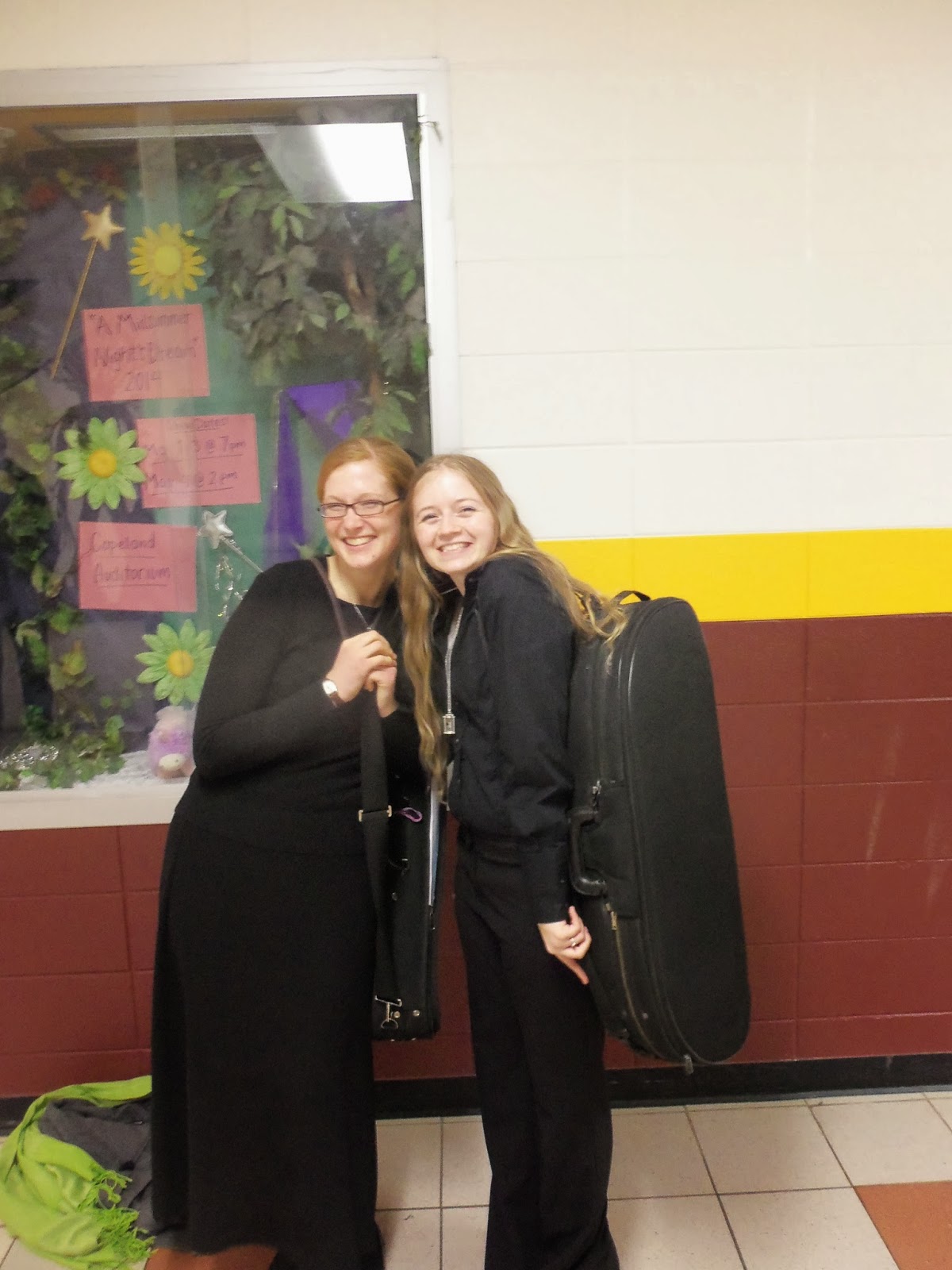 Also, I was going to say "oh, here's a bad picture of us" cause you know, whatever, but no. It's not a bad picture, because we worked hard and we're talented and we're happy and that's what this picture shows! So there it is, and I'm glad for it.

Thanks again for joining with me, Michelle, and I'm so glad to continue playing in the orchestra with you!

melissa said…
i didn't know you played the violin...well actually come to think of it it sounds familiar. but anyway. i love that you did this! are you still playing now that the concert is over?
February 27, 2014 at 11:25 AM

Kylie said…
That is awesome!!! I misss the violin, too. And choir. In fact, pretty much music has been void from my life if you don't count singing Disney songs with Walt and playing the piano in primary...which somehow isn't the same. So proud of you for sticking with it!
February 27, 2014 at 11:41 AM

Catherine said…
Melissa-we have concerts every 8 weeks or so during the school year (our conductor is a prof. at UM so I think he takes the summers off) so yeah, we're starting music for the next concert now!