The title of this post is misleading. It's probably more accurate to say that all 4 of us are quite silly (after all, Jesse reads philosophy for fun), but the Three Sillies is the title of one of my favorite children's books. Basically, I wanted to create a post of some random pictures me and the kids being silly, so there you have it.

One afternoon, Niko and I built a tower that was taller than he was: 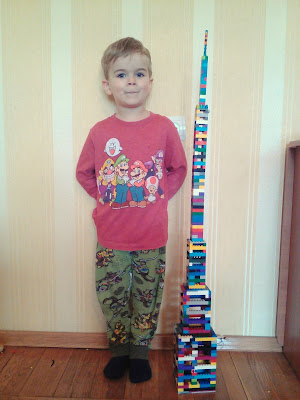 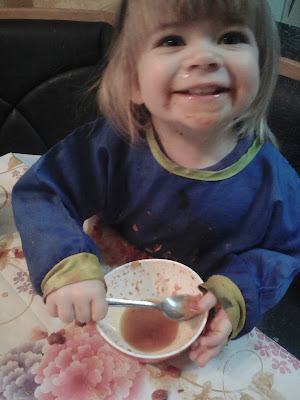 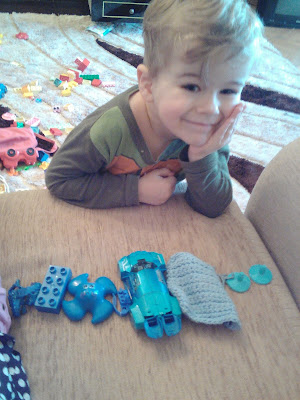 Nikolai helped me pour the ganache on Miriam's birthday cake, and then he helped remove the last of the ganache from the bowl: 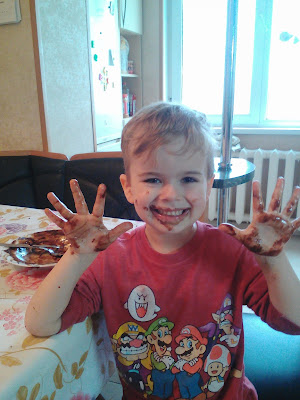 Nikolai brought home his first (and probably last) homework from preschool last week. He was supposed to color all the objects that started with "а" and "у" (pronounced "ah" and "ooh"). This happened to be on an evening when Jesse was out for work, so I was responsible for helping him. Obviously, I don't know which objects start with which letters, so helping him was composed of me, looking up words on google translate, and then quizzing him to see if he knew what the words were (before informing him). Honestly, it was actually pretty fun! Where's my coloring page Russian homework? 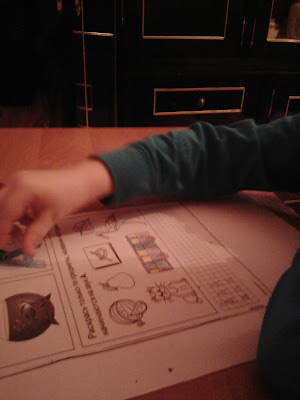 Finally, Miriam has been taking her clothes off a lot lately and we've been spending a fair amount of time chasing her and wrestling her back into clothing. The other day, she was putting up quite a bit of fuss over getting her shirt back on and, not wanting to fight with her, I put the shirt on my head and chased her around instead (obviously). 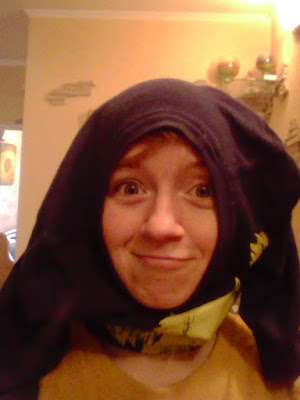 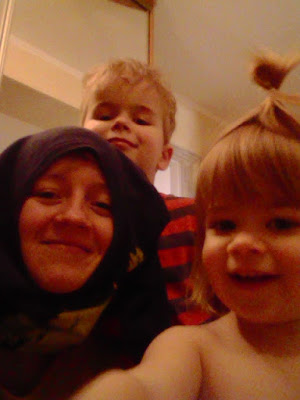 I'm not sure it was much easier to put the shirt on her in the end, but at least we had some laughs!

ivrcti said…
It seems to me that you could easily substitute the word FUN for the word silly in your post! I'm glad you're enjoying this part of life with the kids!
March 12, 2017 at 7:37 AM