So I don't always cook dinner, because often by 4:30 I'm totally burned out and just want to sit on the couch, but sometimes, it does happen!

Recently, we got our tires replaced, and while I was sitting in the waiting area I read a magazine that had this AWESOME pizza recipe in it.  I snapped a picture of the recipe and came home and made it the next week: 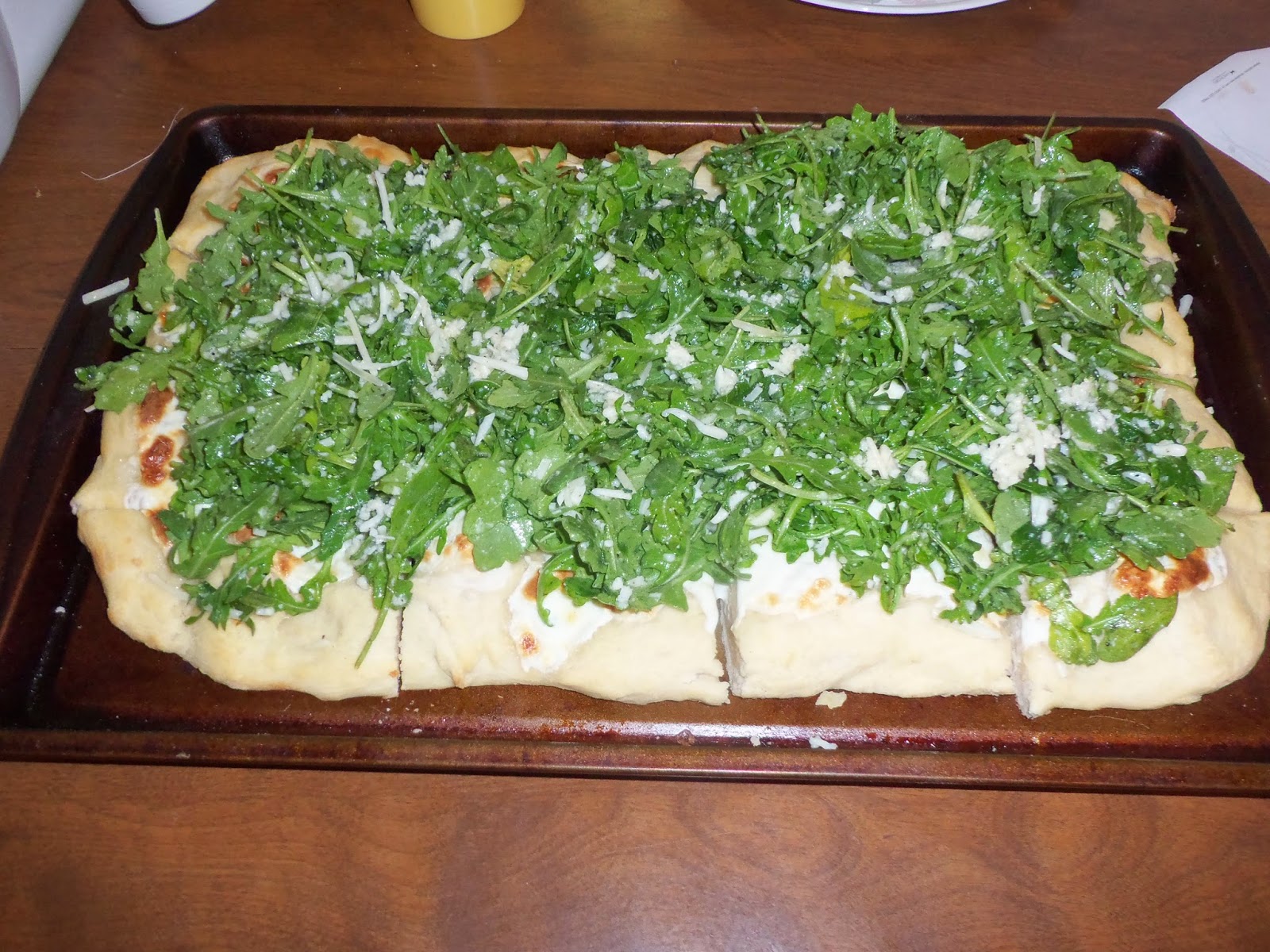 It's a homemade pizza crust topped with fresh mozzarella and baked, then topped with arugula, a fresh lemon vinaigrette, parmesan cheese and salt and pepper. It was actually supposed to have dollops of ricotta cheese on it (!!!!) but I actually forgot! However, this pizza was SO good that we'll definitely make it again, and definitely put the ricotta on next time :)

Last week was my first experience using cheesecloth for something other than a craft project!  I made Palak Paneer, a spinach curry with squares of a cottage-cheese sort of cheese that I made myself!  I forgot to take pictures of the actual cheese, but here's my cheesecloth covered bowl all prepped and ready for receiving the curds and whey: 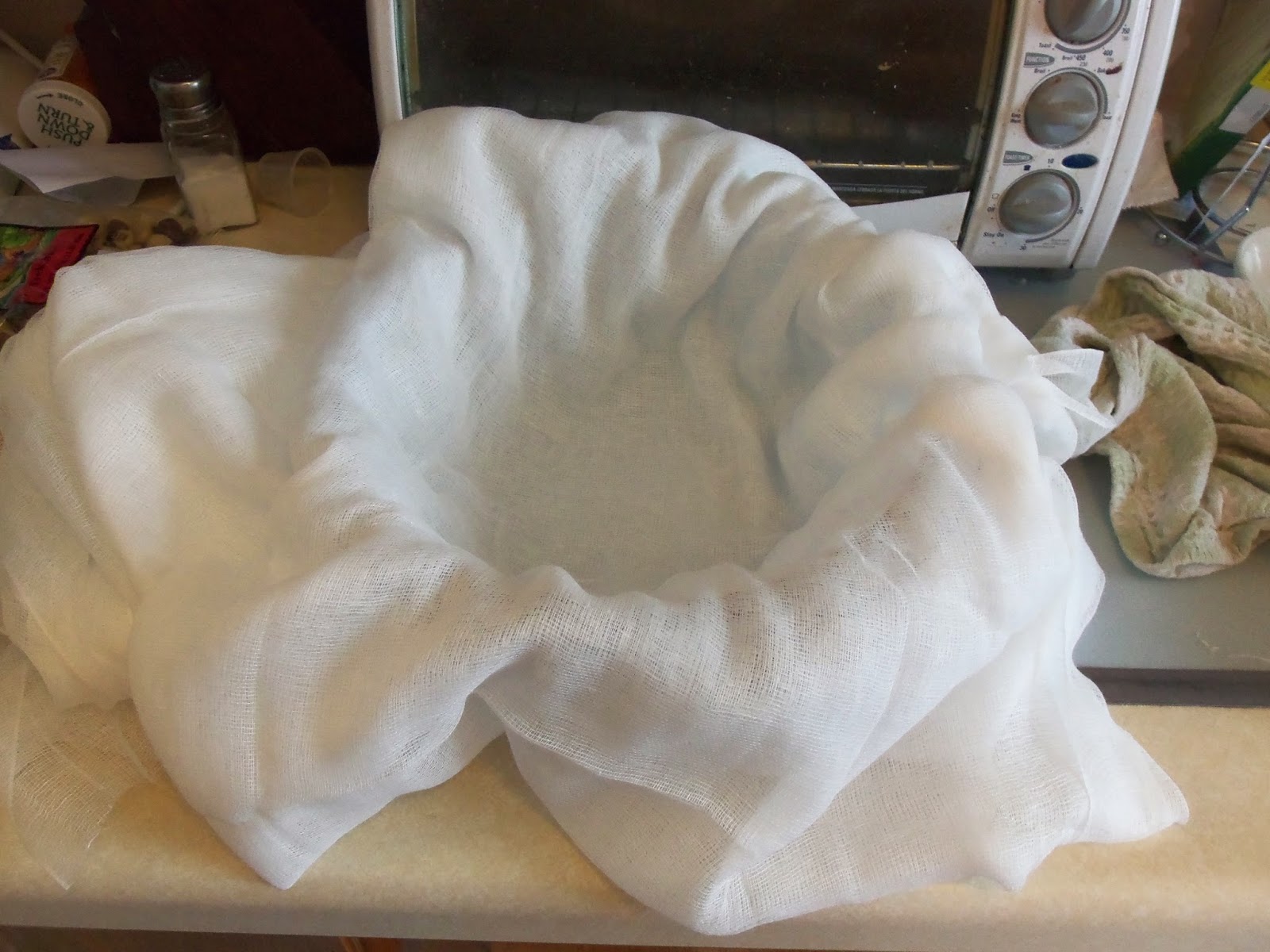 The paneer turned out alright (though I think I'll use full-fat milk next time) but I think I overcooked it--but the good news is that the curry was so good that we'll definitely want to try it again!

Last week, we had a little potluck brunch for our church playgroup and I decided to make this doughnut recipe that I've been wanting to make for some time (recipe: here) 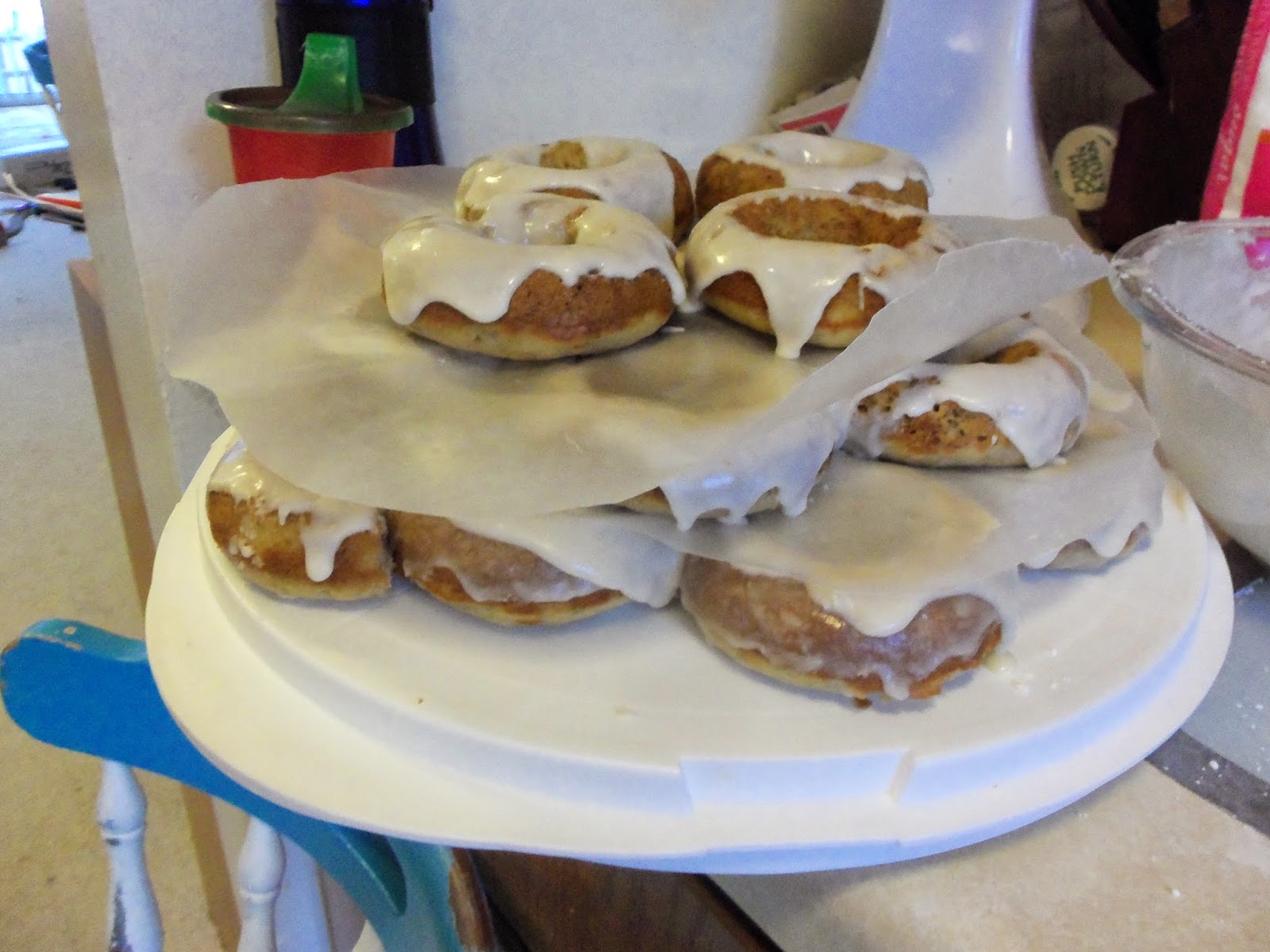 They're baked banana doughnuts and they were really yummy! It was a fun excuse to bake doughnuts and taking them to the brunch meant I wasn't tempted to eat them all myself ;)

I've had some other baking exploits lately (most notably a knock off BYU mint brownies recipe that is DELICIOUS)  but no photos, sorry!  I really like cooking and baking (though I don't always have energy for the former--I ALWAYS have energy to bake!) and I really get a sense of fulfillment out of making something delicious.