We wouldn't be Jesse and Catherine if we didn't stop in a museum in every exotic place we visit, so on our second day, we stopped in to the local history museum!

They had a NASA exhibit on loan, which included this awesome little space rock: 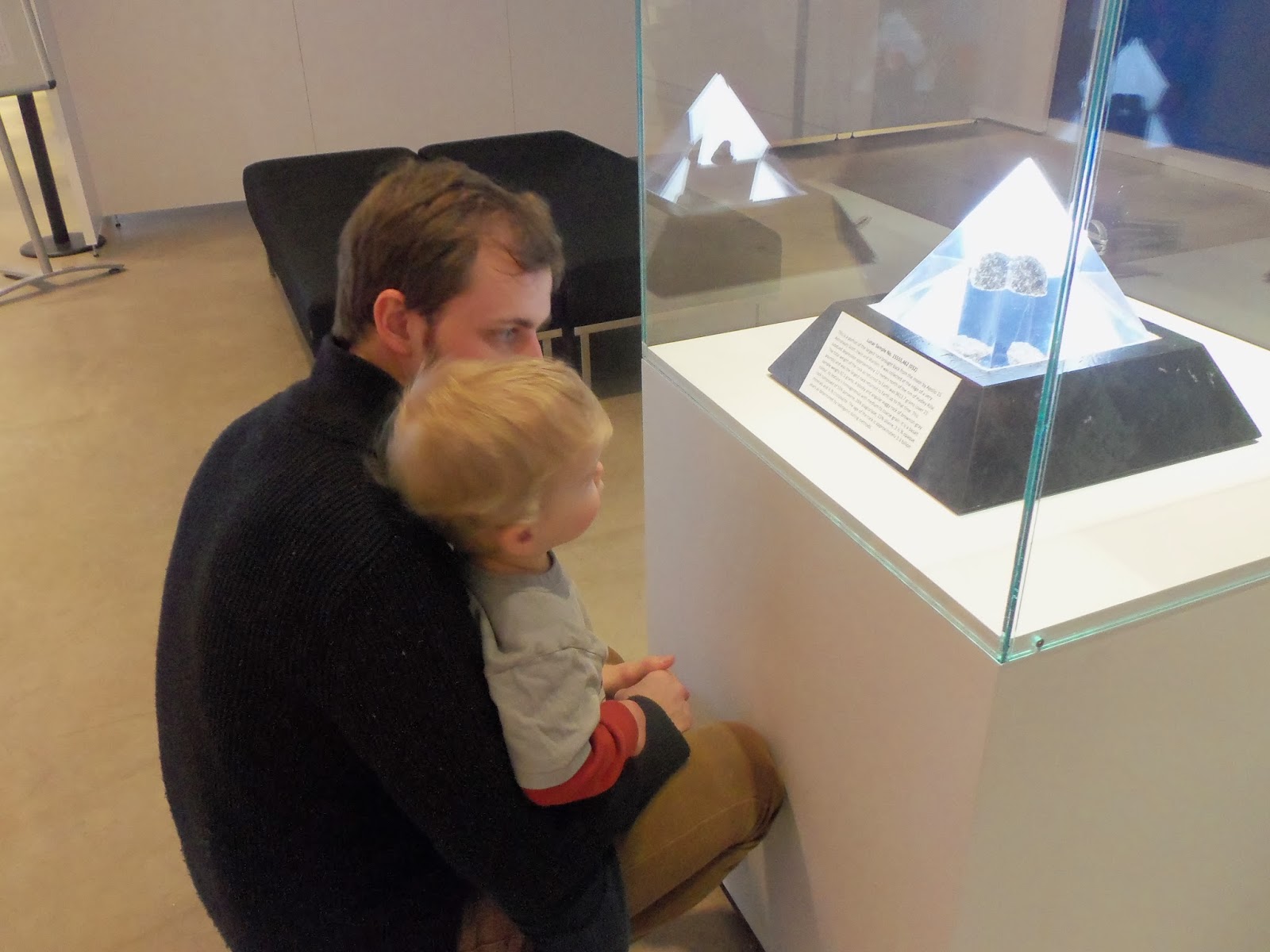 Nikolai thought it was SO COOL (since now knows both the words "moon" and "rock") and even recognizes it still from just the picture. (When he sees the picture he says,"Moon. Rock!") 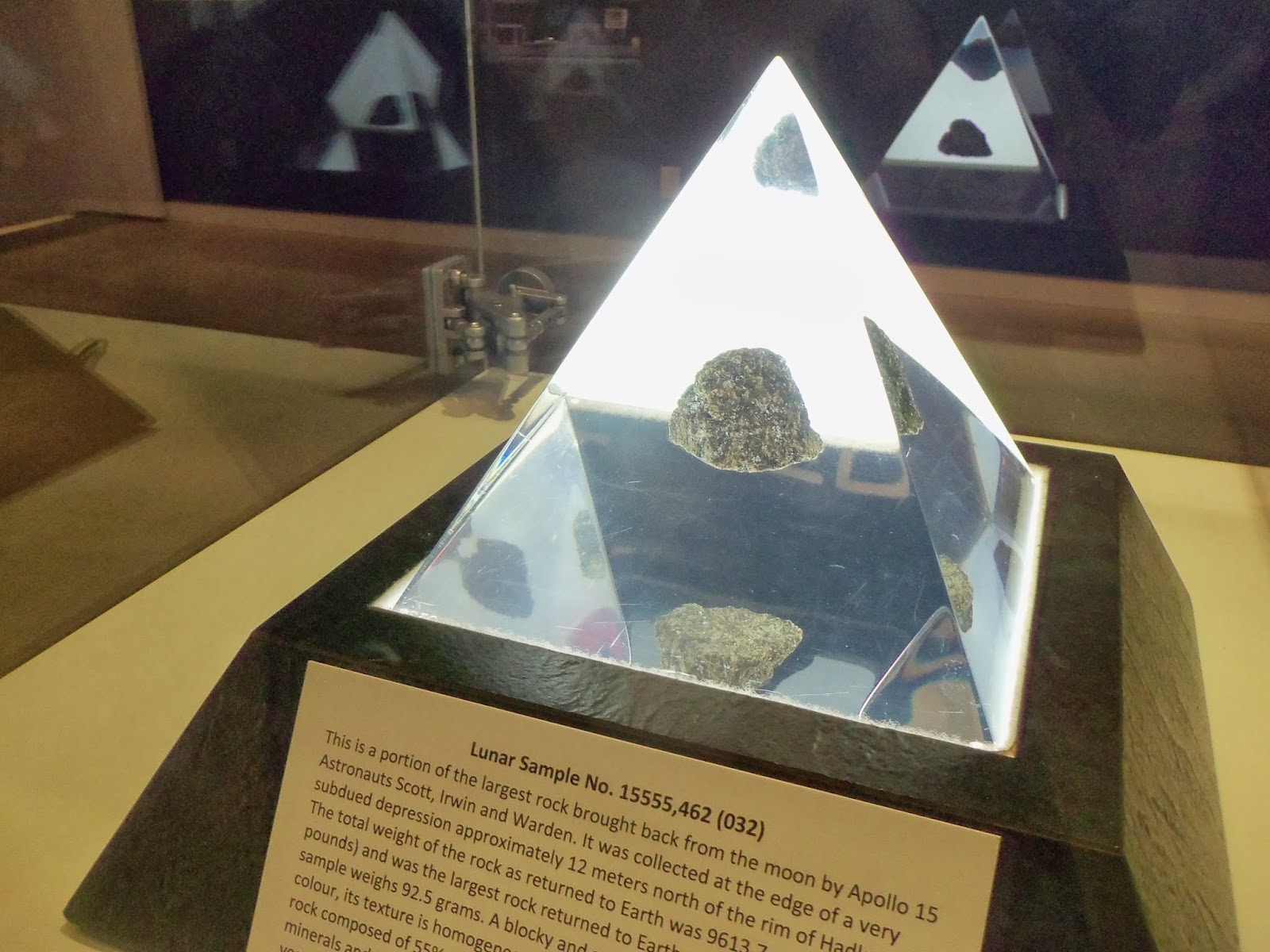 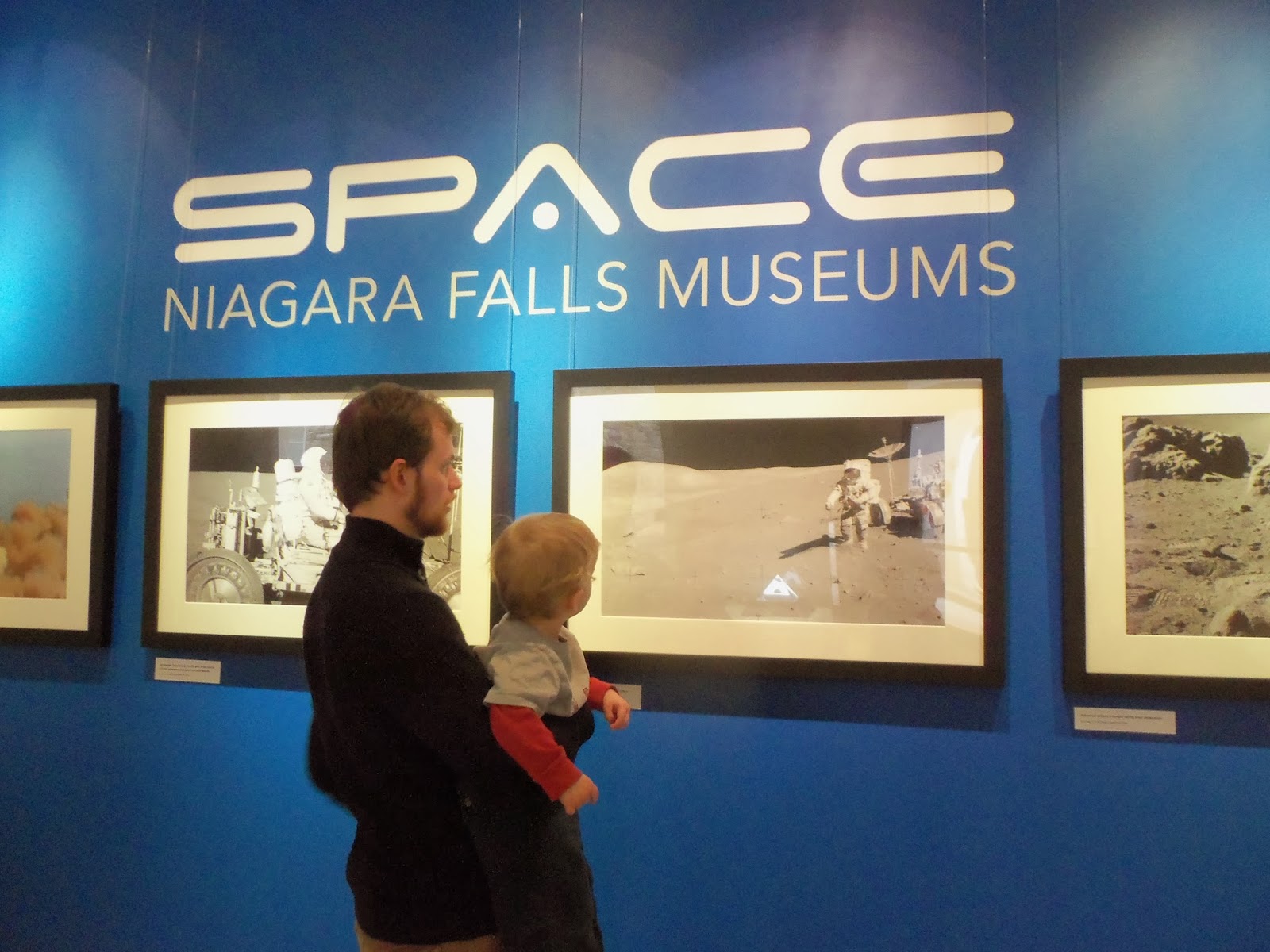 They had this really great inflatable planetarium too.  It was really simple, with some drums with holes in them, lit up to project the constellations on the inflated walls, but it was really neat! I thought it would be a great thing to take around to schools to get kids excited about space and stars. 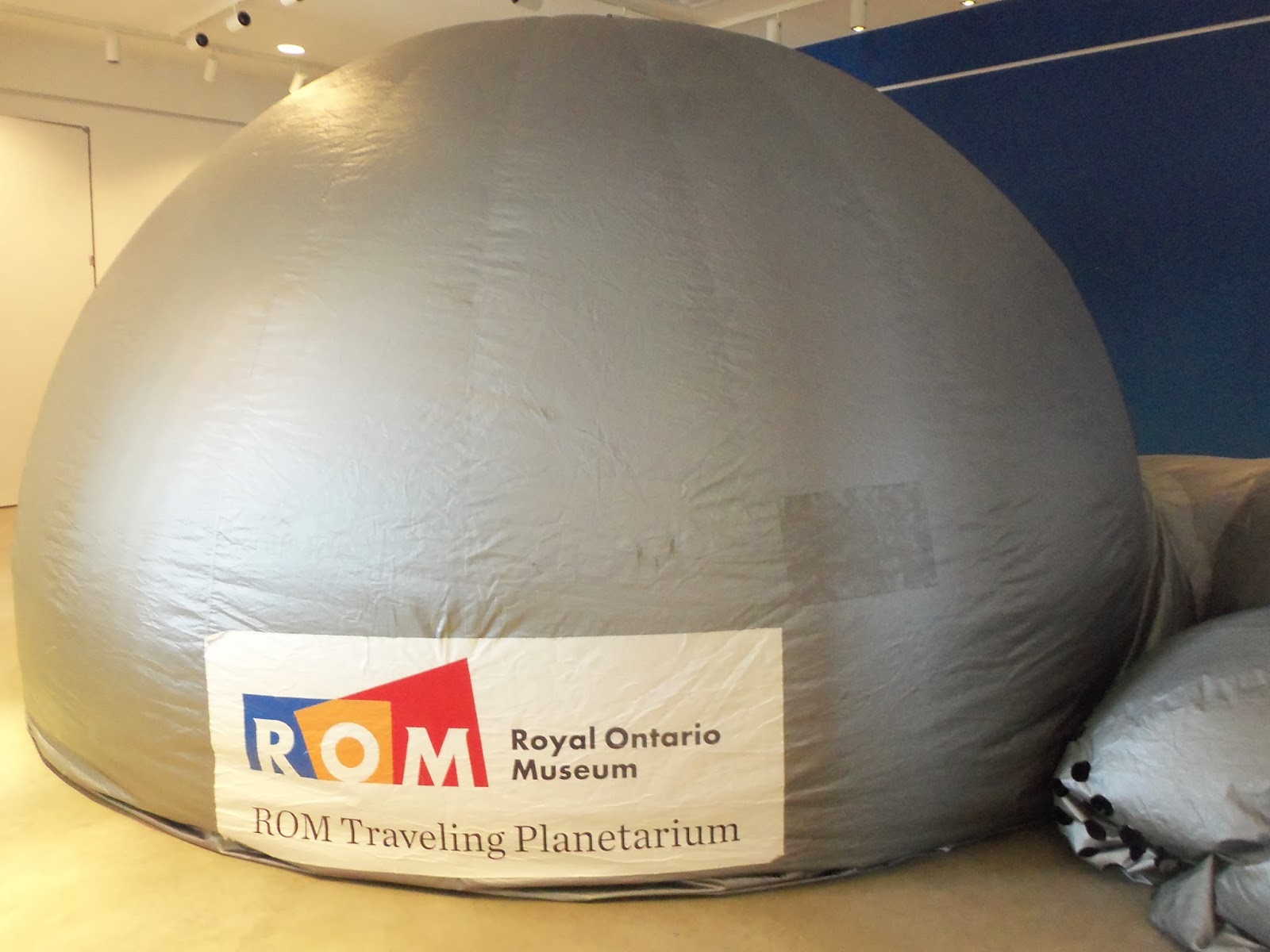 They also had really fun little astronaut helmets that Niko loved wearing, even if they were a mite too big for him. 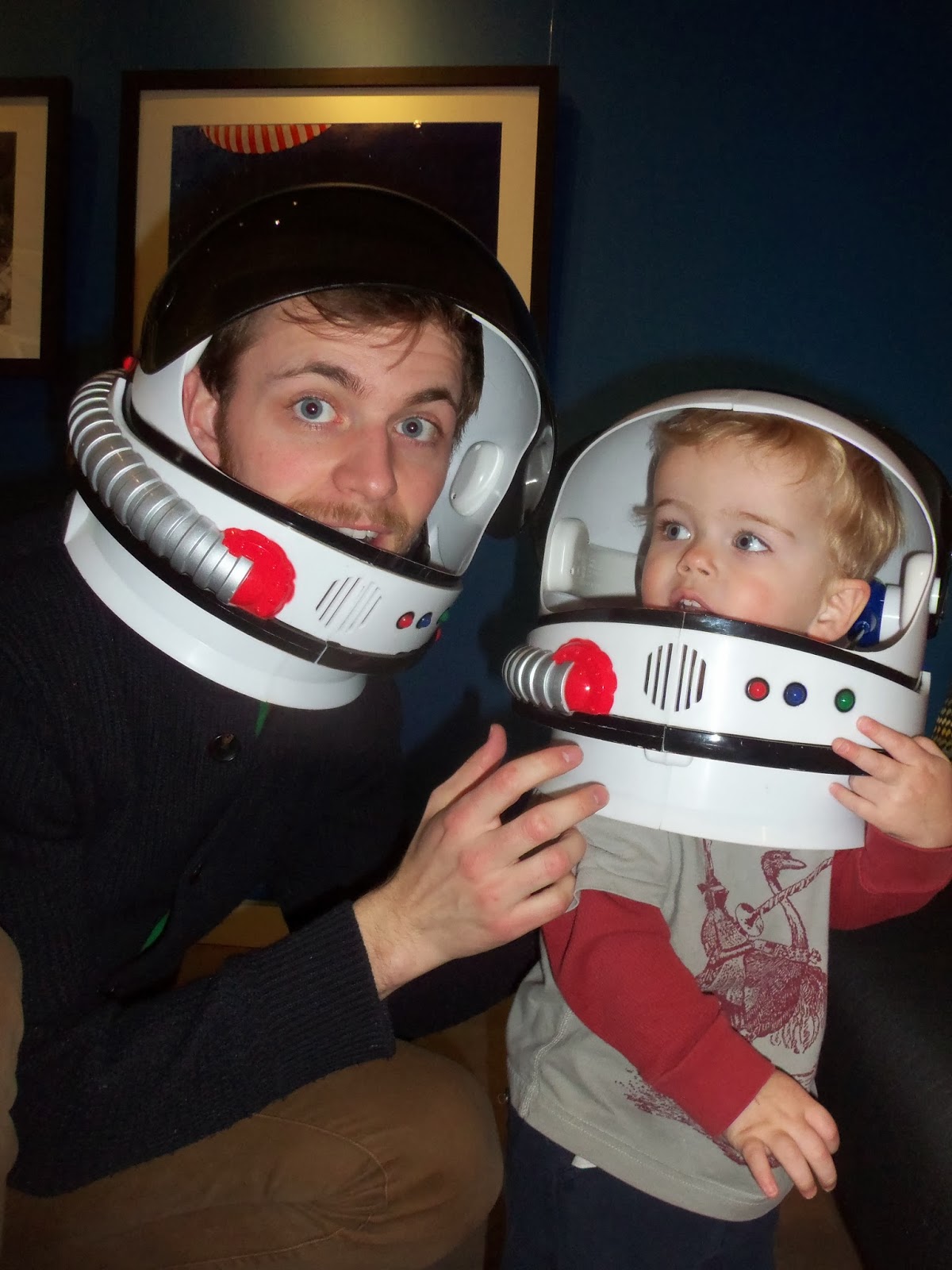 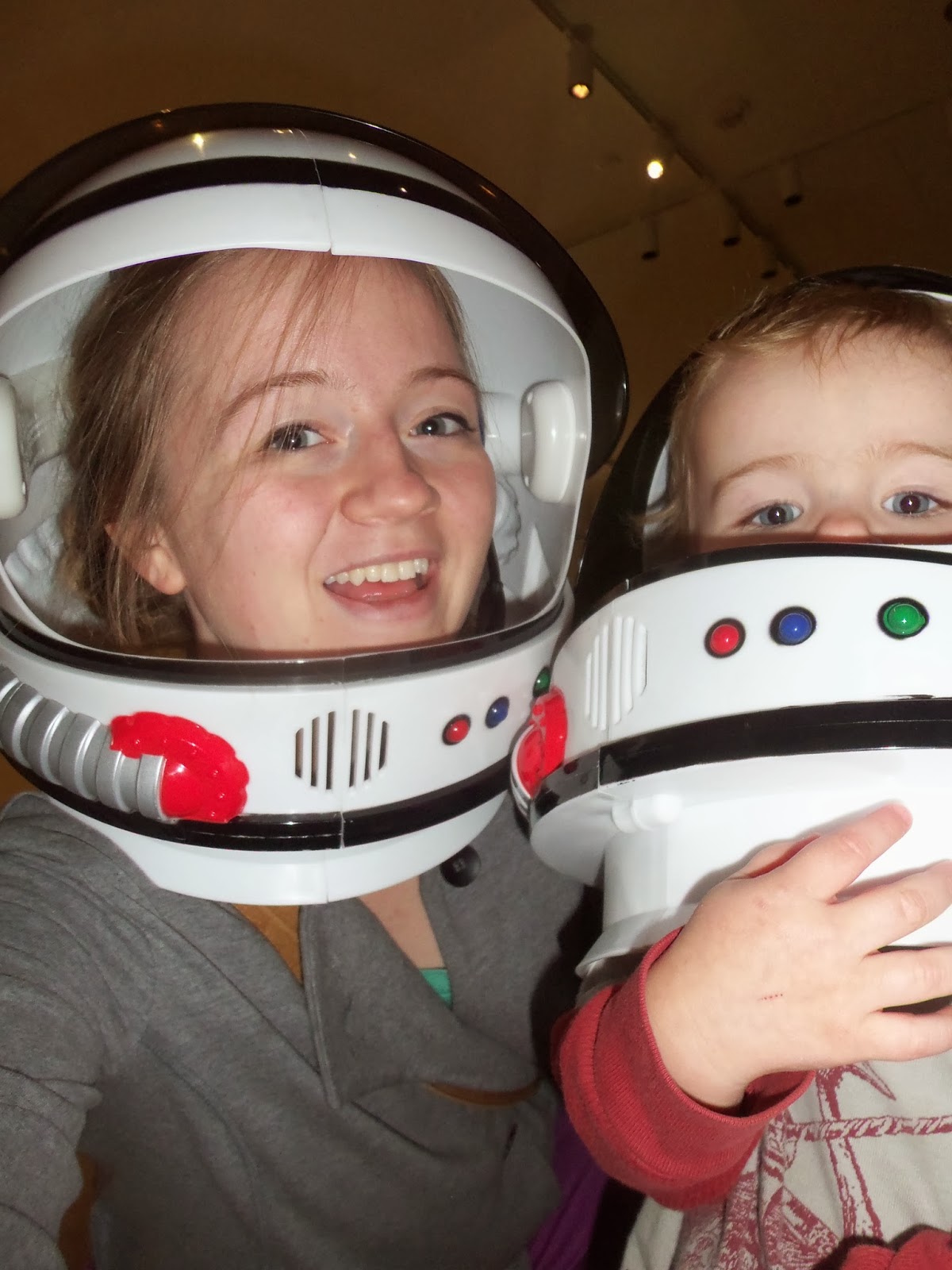 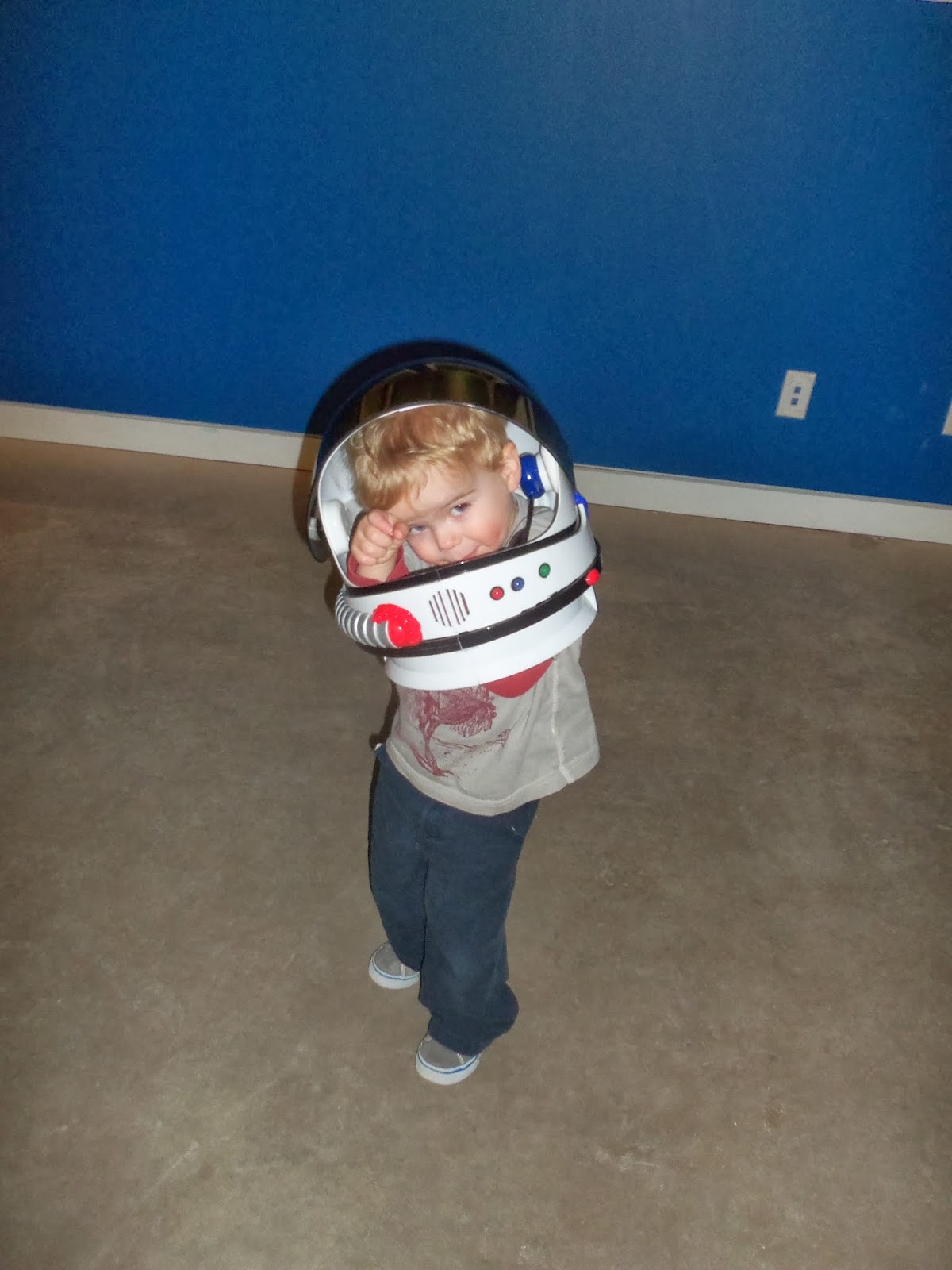 Not long after the picture above, Niko got his whole head out the gap between the visor and the front part and it ended up being really hard to get the thing off.  It was actually pretty funny, after I finished being scared I couldn't get it off him! ;)

The other exhibits were permanent. The first was on the war of 1812, which, I learned, featured several battles in Niagara Falls. 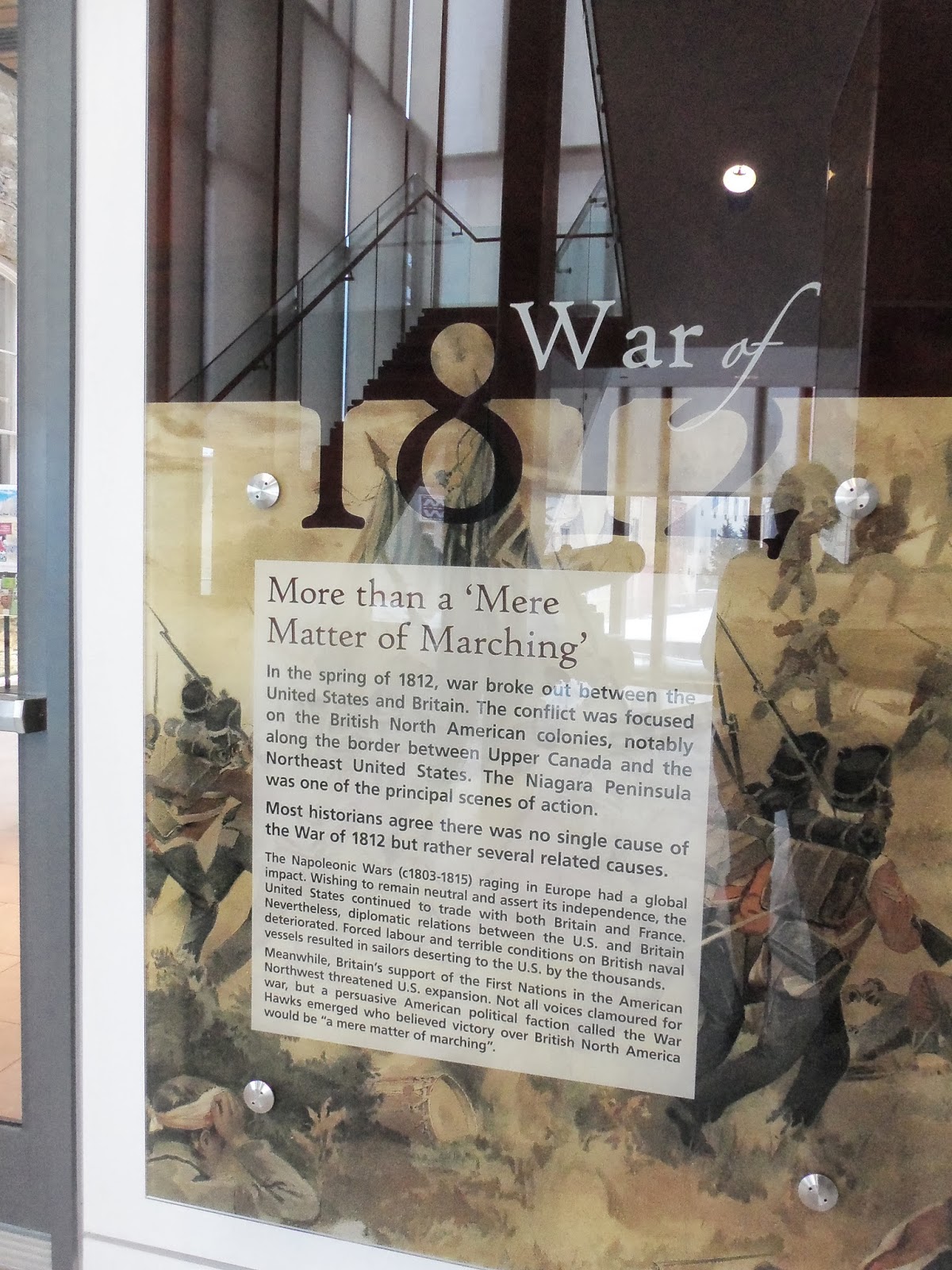 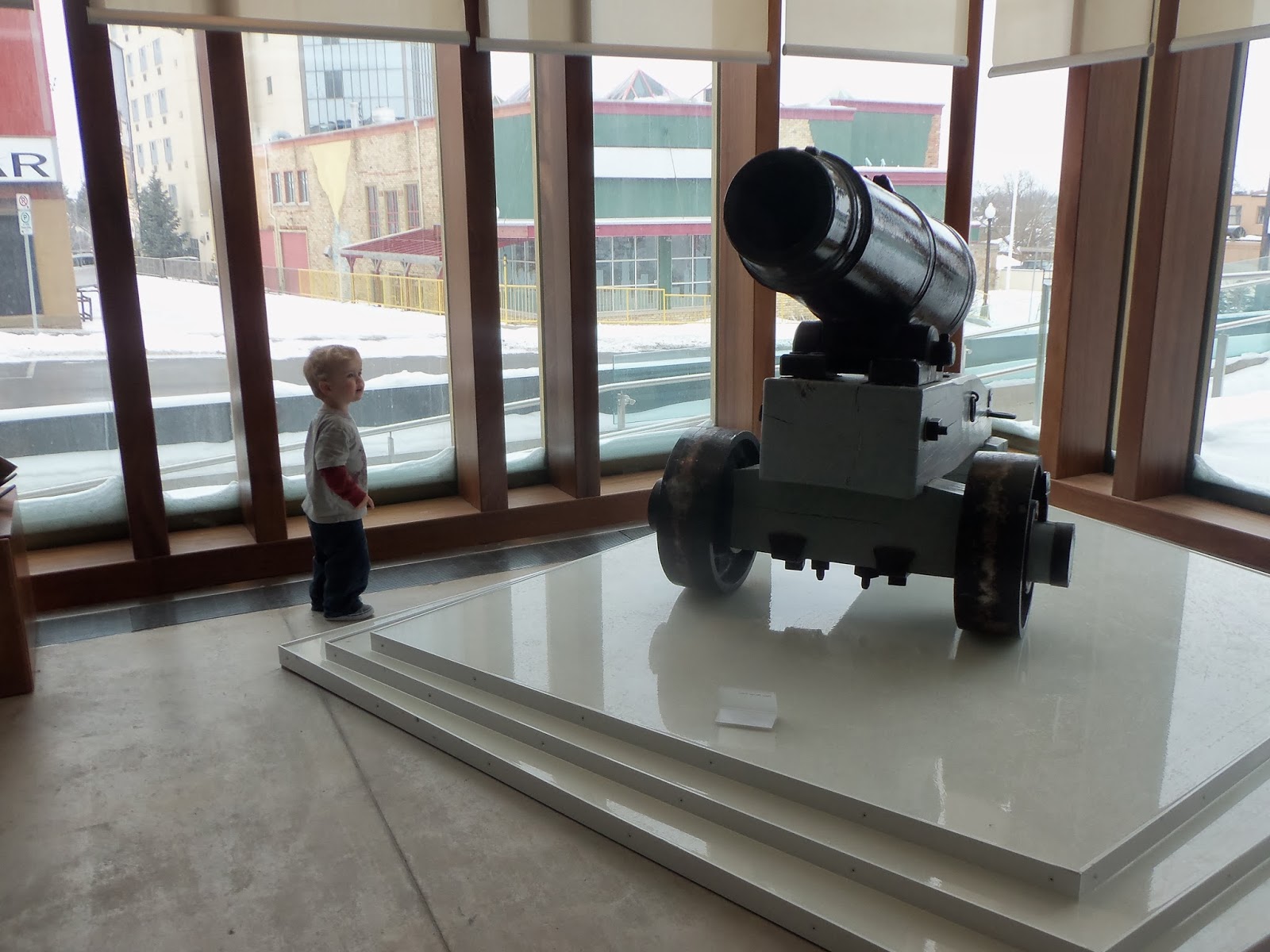 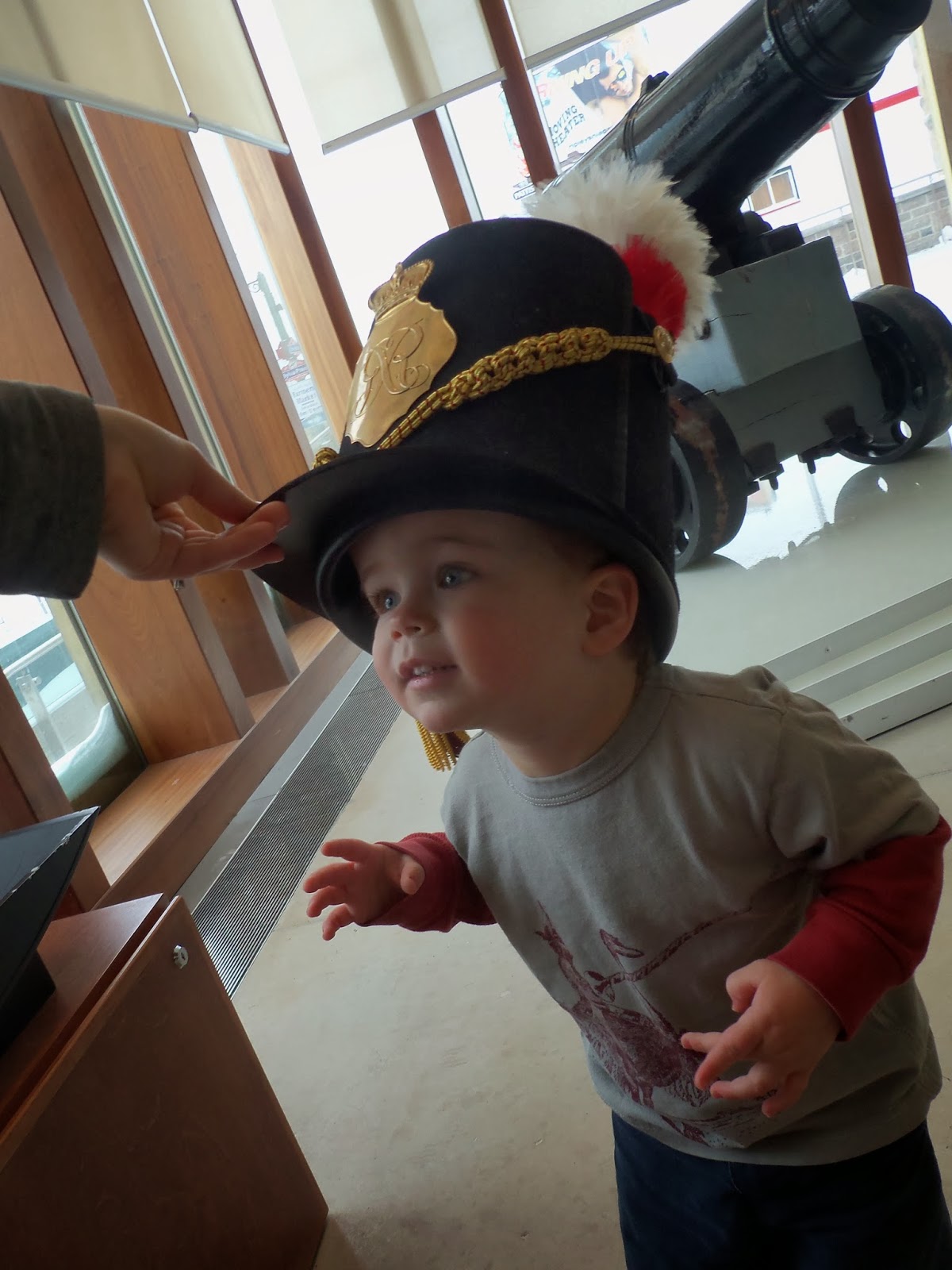 The exhibit was fairly small but really well done, but Niko quickly got tired of wandering around it and hid in this little nook instead. 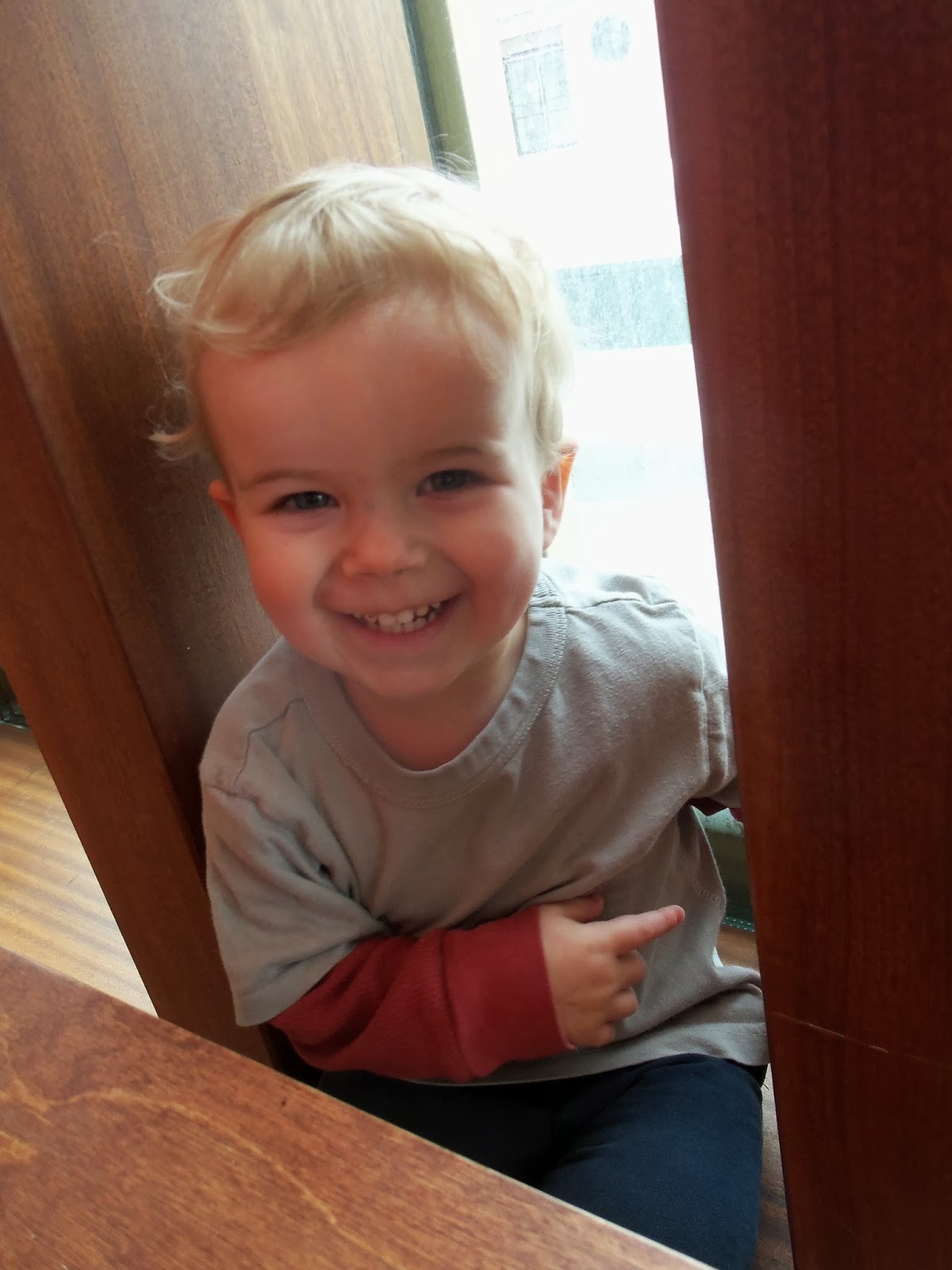 A fun note for dad: This plaque below tells about a battle in which trained soldiers in grey coats were mistaken for untrained militia men because they weren't wearing their normal blue coat, which made the British underestimate them and cost the British the battle--but I also read that they were only wearing grey because they had run out of material/dye(?) to make the blue coats, and that soldiers at West Point now wear grey in memory of the soldiers that fell that day.  Have you heard of this story, dad? 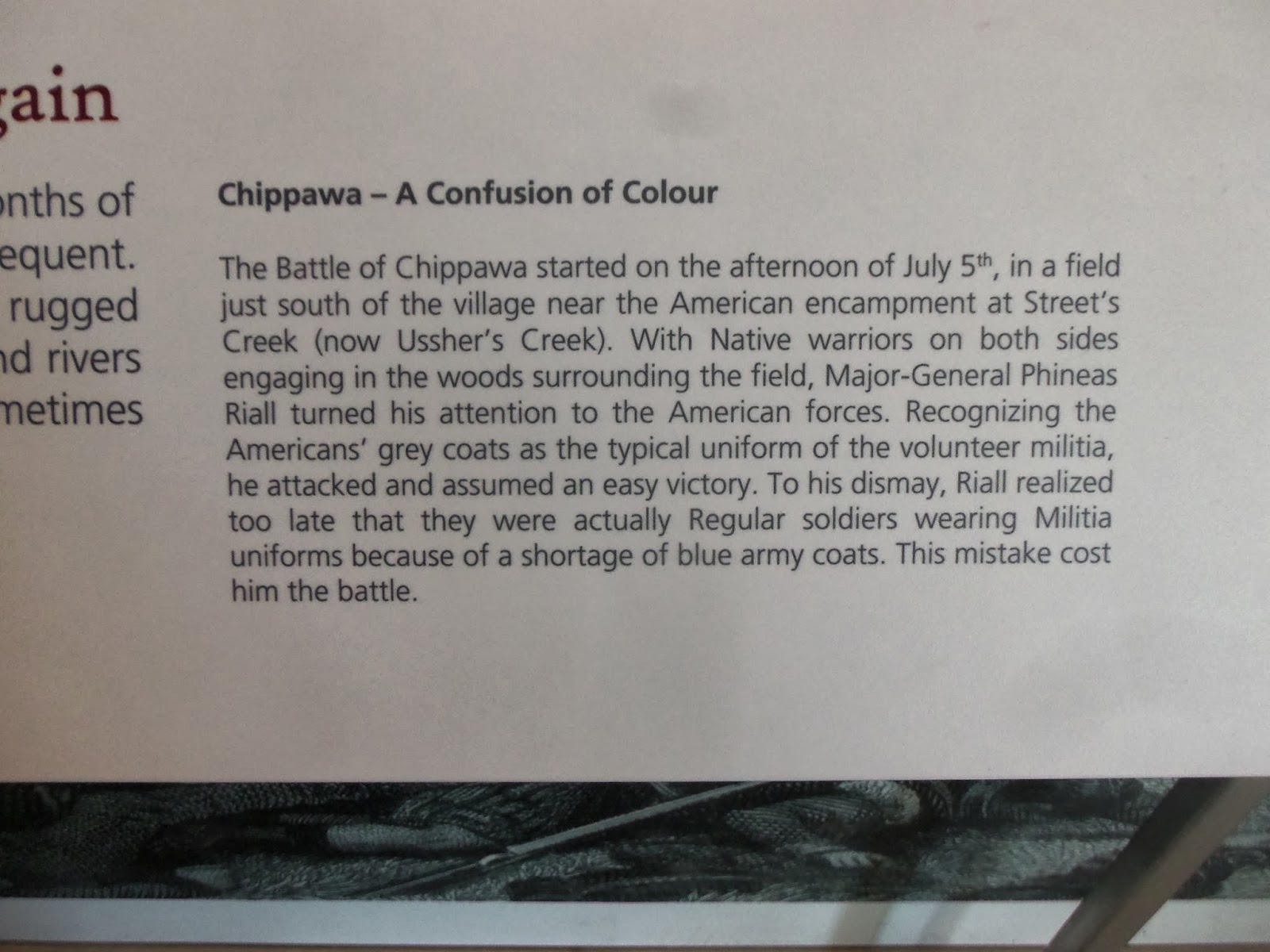 Upstairs was a great exhibit about local life in Niagara Falls over the years that was really interesting! It was fun to see the intersection of the tourist town and the local town and how they've created a balance over the years.

Nikolai's favorite part was the bridges you could construct upstairs (I did the contruction, obviously) and running his train over them. 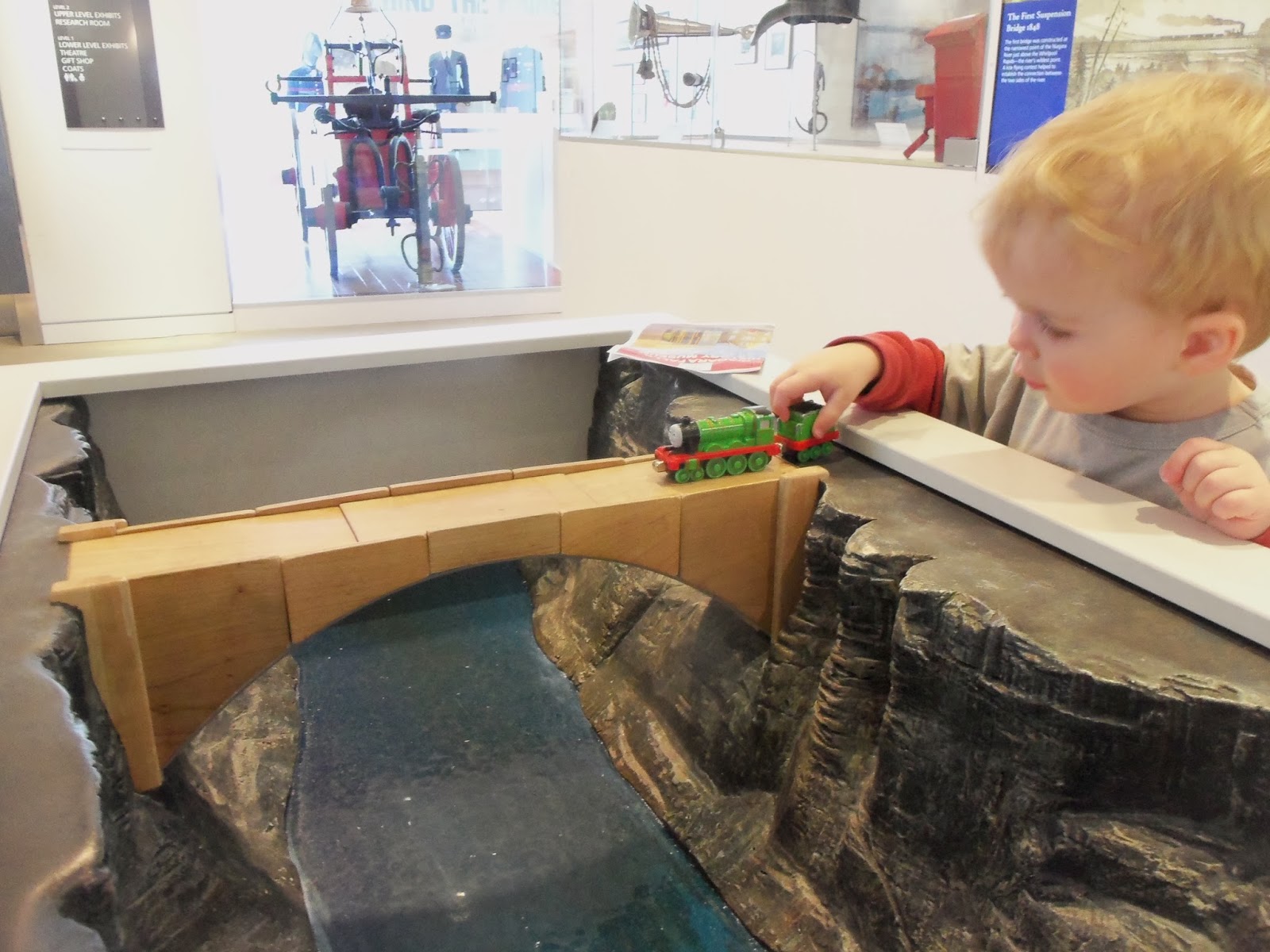 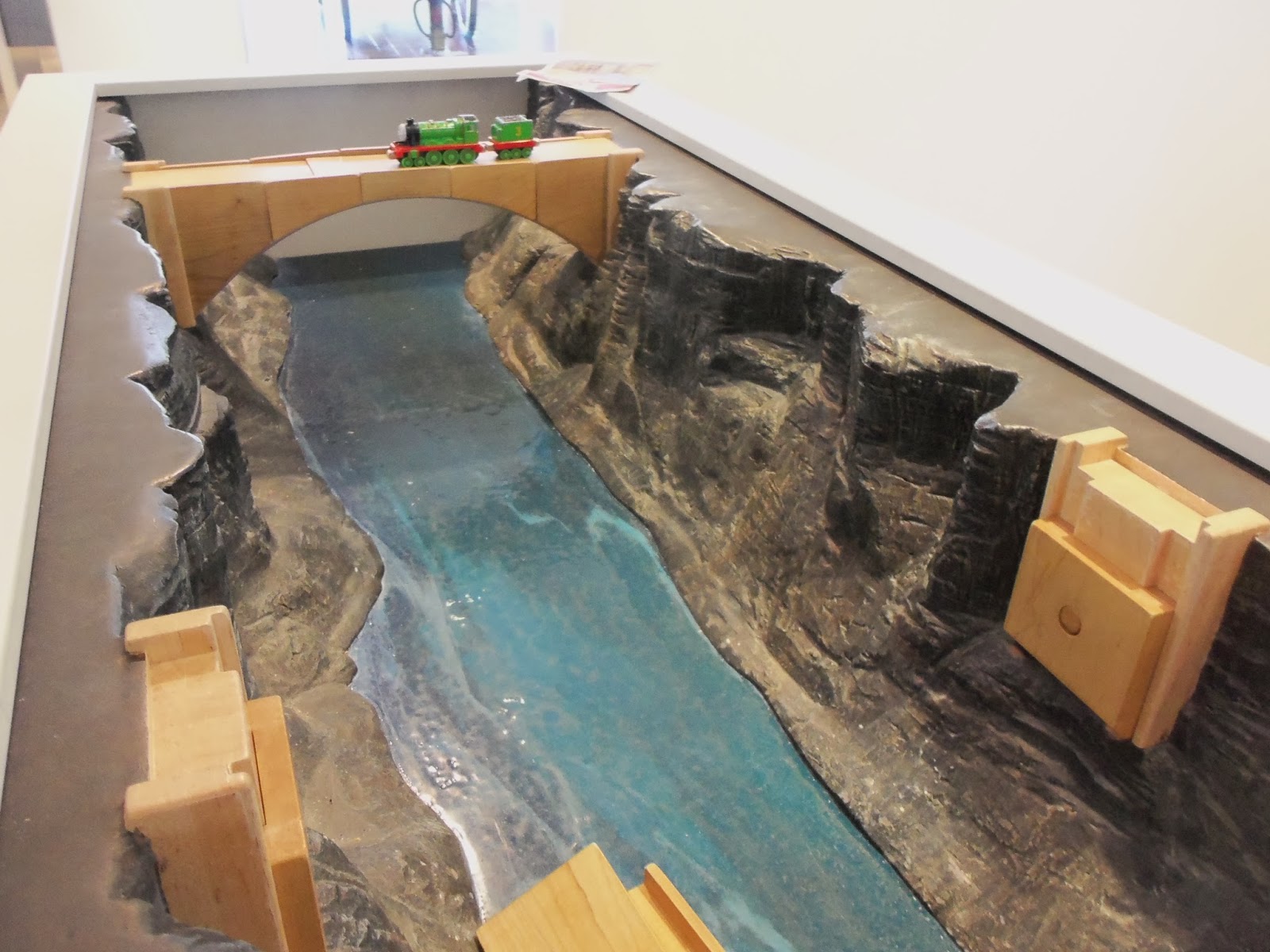 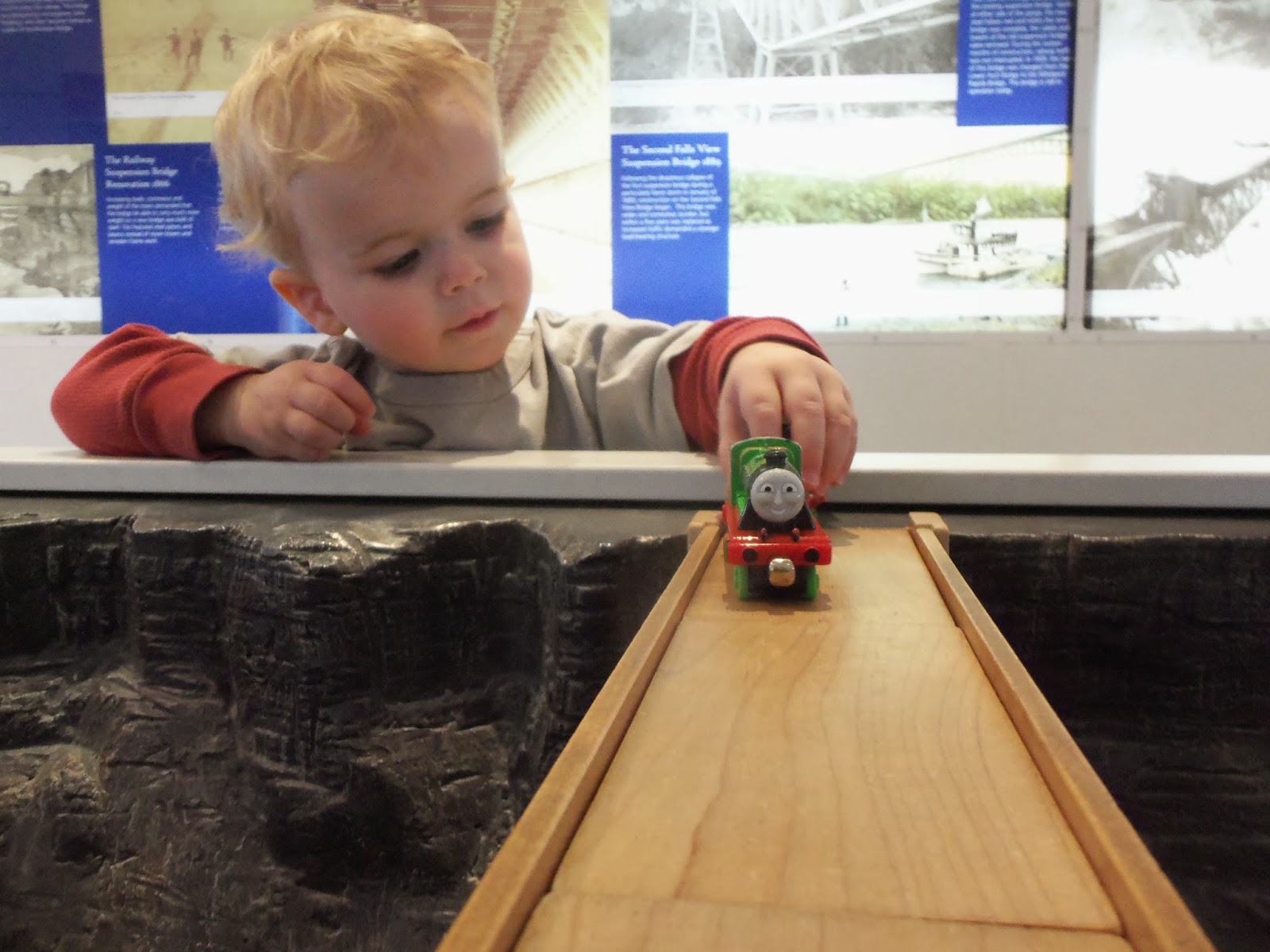 He also had fun pretending to tight-rope walk over the falls--he was better at it than we expected! 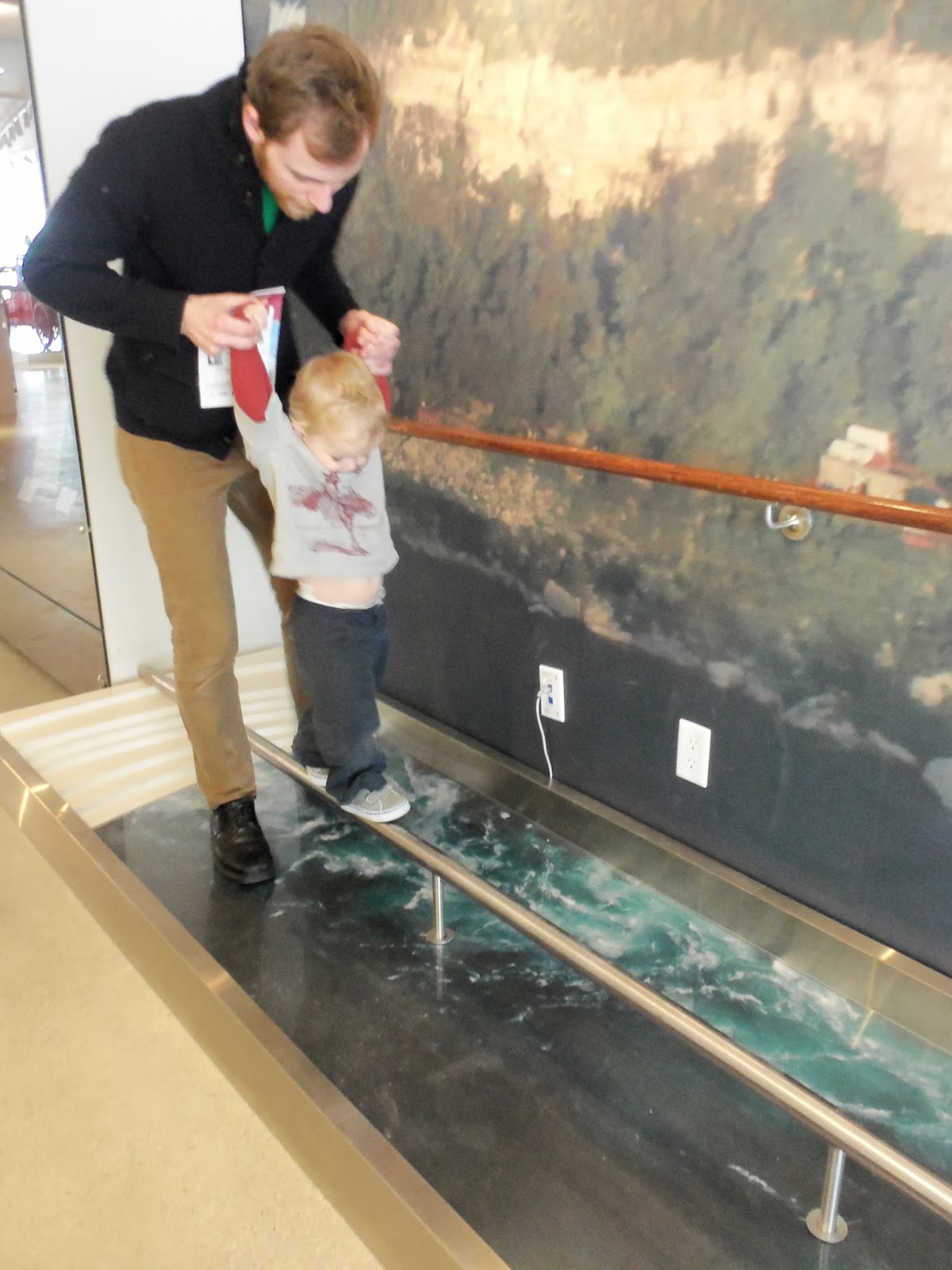 As always, we loved getting a glimpse into the history of the location--it really helped inform the rest of our visit.

Come back tomorrow for the final post in our Niagara Falls adventure!

ivrcti said…
What a fun day! Yes, I learned the story of that battle and it's effect on my attire my 2nd day at West Point. Interestingly, those uniforms have remained largely unchanged for 200 years, so they now have to all be custom made.