First, we went to a great restaurant called Gastrobar with one of Jesse's coworkers. It was delicious--see the burger I posted below, and there was also some amazing hummus, and a dessert called "Crack Pie" that was basically baklava in pie form. Delicious!

We weren't sure what the kids would eat, so we fed them a little food before we came. Miri ended up eating some flatbread and a roll, and Niko drank a smoothie. It worked! 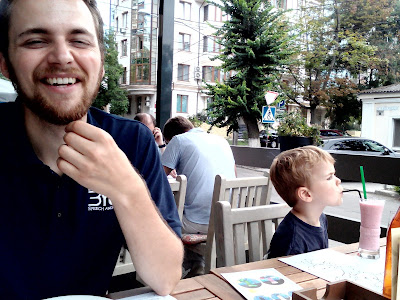 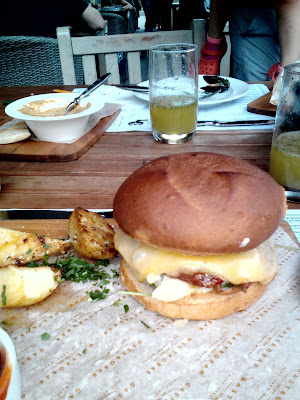 We know some neighbors of ours a little from when our kids play with their grandson in the courtyard. They've played together only a handful of times, but the other day they brought us this big bag of peaches, fresh from the tree at their dacha (little house in the country, common in Soviet times). It was so incredibly kind and thoughtful and the peaches themselves were perfection. If I could bring you all fresh peaches from Moldova, I would! 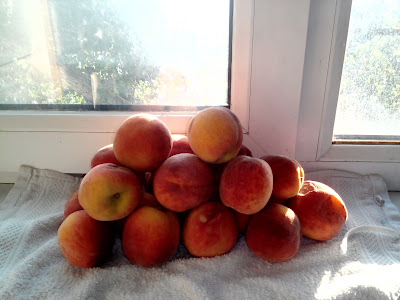 Miri wanted to snack on a whole cucumber the other day, and I was cooking dinner so I just handed it to her (fully expecting to find it abandoned later with one little bite out of it). Lo and behold, she ate almost the whole thing! Atta girl! 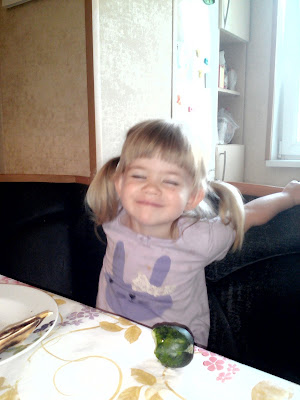 Finally, here's something fun: pizzas (and other square boxes) are delivered in these bags with holes cut out of the corners so the box can lie flat. I have never seen this kind of thing before (maybe it's super common and I just haven't seen it?) but I think it's ingenious. Also, it always looks a little bit funny ;) 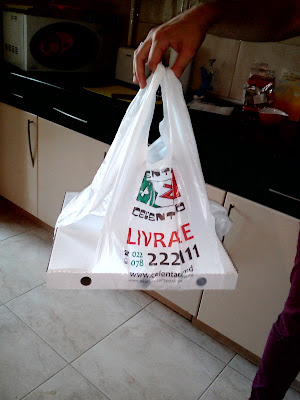 Maren said…
I love the cucumber story. How I wish my children would do that sometime. I've never seen a bag like that either!
July 25, 2017 at 5:10 PM