Last week was my birthday, and it was a good one! Jesse really involved Niko this year, having him pick out what presents I would like (coincidentally, they were the same things Jesse was thinking). It was really special to know that Niko helped think of them and pick them out.

I love the picture below, where my birthday sunflower looks like it's replacing Miri's head :'D 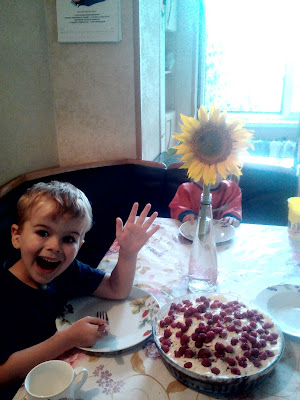 Jesse even had the kids help make me a special birthday cake: fudgy chocolate cake with nutella, whipped cream and raspberries on top. It was so delicious! 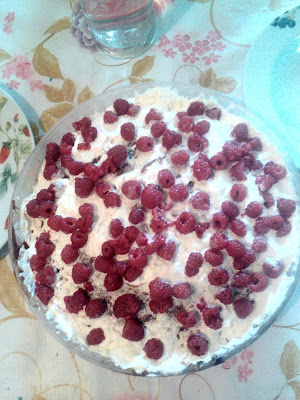 Niko picked out birthday candles that say Happy Birthday in Romanian (La Multi An), and it was so fun to blow them out. 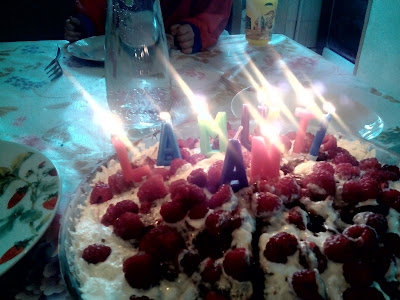 After dessert, Jesse had arranged for a sitter so we went out on the town for a few hours. It was great to have a night out, on my birthday especially!