This is sort of a random post, but I've taken two photos lately that I really want to share but don't have much to say about.

First, there's this graffiti around the block from where we live that makes me chuckle every time I see it: 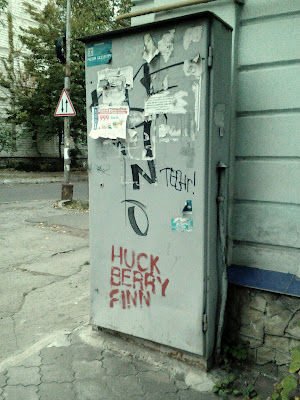 Not Huckleberry? Eh, who knows!

Also, in the grocery store we've seen some items from the Brand Delhaize, with a lion logo that I thought was familiar: 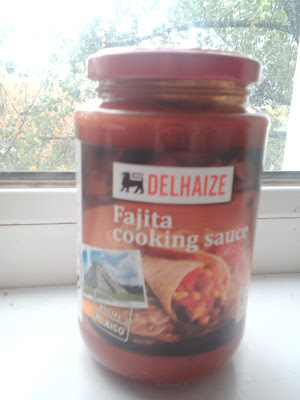 It looks JUST like the Food Lion logo (a grocery store I grew up going to in North Carolina):

I was all ready to say that some Moldovan company had poached the logo in order to have a cool geometric lion on their packaging, but before I made that claim I did a little research first. As it turns out, Delhaize is a Belgian company and back in 1974 they bought Food Lion! Whaddaya know?!?

It's sort of strange to run into these Americanisms here, 3,000 miles away from the country of my birth. But it's sort of comforting too.

ivrcti said…
How funny! We were just in our local food lion last night, picking up the usual groceries. How are your classes going?
October 16, 2016 at 10:43 AM