Everyday, Niko comes home from preschool with a set of papers stapled together. The front page has, apparently, a detailed run-down of what things they learned during the day (I'm going on Jesse's word, since it is all in Russian!). At first they wrote Niko's name on it for him, but these days he has learned to write it himself--in Cyrillic! 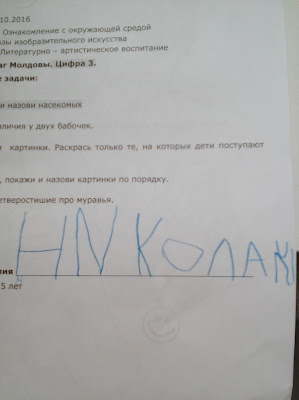 Notice that he always makes the first "и" backwards (he writes it like a normal N instead of backwards), but the rest of his letters are great. It's sort of silly, but seeing his handwritten name every day fills me with so much joy!

On subsequent pages, they have worksheets with other things they did that day. On this page, they colored numbers with matching colors and circled shapes that had matching patterns: 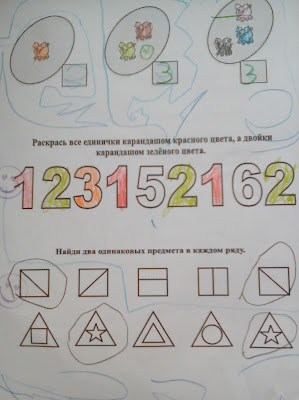 They often have a theme for the day, like a number, letter, season, or something random like hygiene. Last week, in preparation for Chisinau city day, they talked about Moldova. Nikolai even wrote Moldova in Cyrillic! Atta boy :) 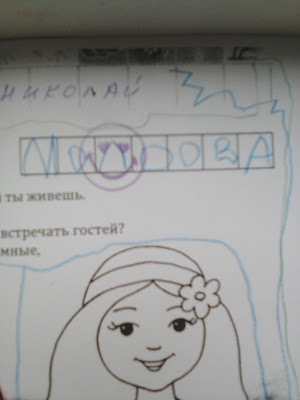 The rest of the worksheet had things for them to color, as well as a poem (because people in Eastern Europe and Russia know that it's completely appropriate to introduce preschoolers to poetry!): 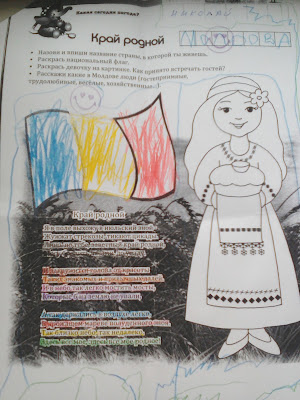 Not included in the packet is usually some sort of artwork that they did that day. They don't always have artwork (some days they dance to music or do other activities instead), but when they do it's usually painting, decorating with glue and colorful sand, or making something out of modeling clay.

The other day he came home with this little mouse, with little clay body parts put onto a little brown chestnut. These chestnuts are everywhere outside these days, because many of the roads in town are lined with giant chestnut trees, and it was exciting to see his school find a way to incorporate them into an adorable project. 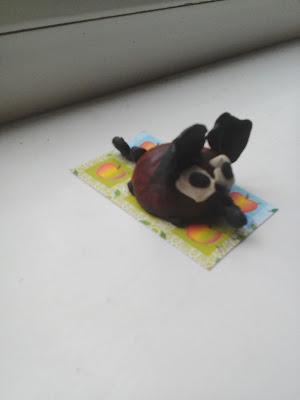 I am in awe of all of the things he is doing and learning. Honestly, Nikolai's preschool is one of my very favorite parts of living here in Chisinau because it has been so good for him. And it turns out, having a happy Nikolai makes everyone happier :)

Loïe said…
Impressive lettering, Niko! And that's awesome that the class incorporates poetry!
October 19, 2016 at 7:47 AM

ivrcti said…
I am truly impressed! Does this mean that Niko is surpassing you in his ability to write Russian?
October 19, 2016 at 8:58 PM

MIchelle said…
I think NIko is smarter than I am now :) I am so glad you found such a great school for him, and it has been a happy part of family life for you all. HURRAY on finding such a sweet sweet shop! PLEASE post more pictures of what you are eating from there - it makes me wish I could taste pictures, they look so good!
(Michelle)
October 21, 2016 at 8:33 PM