One thing I looked forward to when we found out we were moving to Connecticut was living in the same state as a favorite band of mine, Mates of State. They're semi-retired these days, but they still play local shows, and I've been hoping for a chance to see them.

So when I found out there was going to be a family-friendly music festival with the Mates included, I was so excited!

There were food trucks and bounce houses and you know what? We had a REALLY good time. 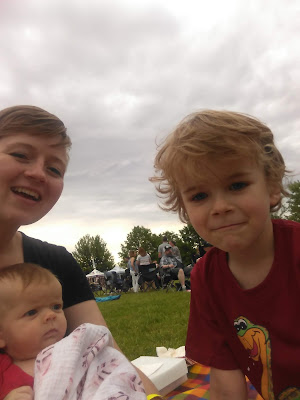 Niko didn't want a selfie, so we made silly faces, and then he laughed. 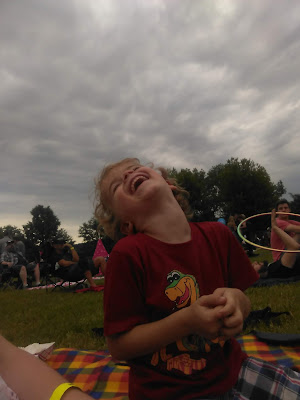 I had fun joining a handful of other Mates of State fans in dancing at the front. It was less awkward when Miri joined me, but I had fun all the same. 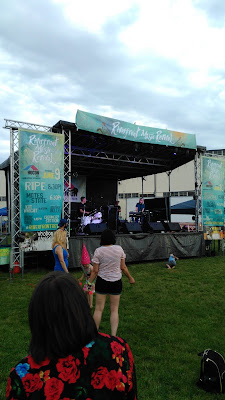 It was fun to introduce the kids to music that Jesse and I have liked since before we were married. I think they really enjoyed their first rock concert!

ivrcti said…
This reminds me of our Saturday afternoon family outings to listen to the various kinds of music with the symphony. Do you remember when they featured Gaelic Storm or when they started the concert with the chant from Monty Python? I thought I'd die laughing!
June 26, 2018 at 12:04 PM