The week after New Years Nikolai was off from school and I hadn't started classes yet, so Jesse took a break from writing and working and we had a Chisinau staycation!

On the first day, we took a walk around the nearby lake, which was frozen! In the picture below Miriam is watching the ducks, which are all standing on top  f the ice :D 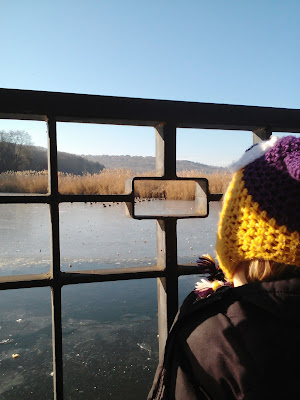 We had fun listening to the ice singing and watching people ice fishing out on the frozen surface. 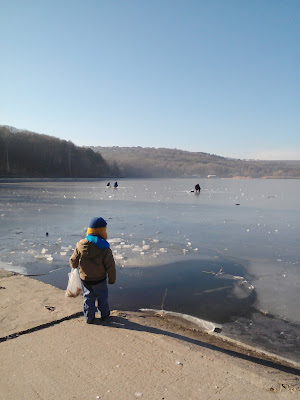 At some point a certain small boy got a little grumpy (par for the course), so we had a little sit (to be fair, it was super cold that day!) 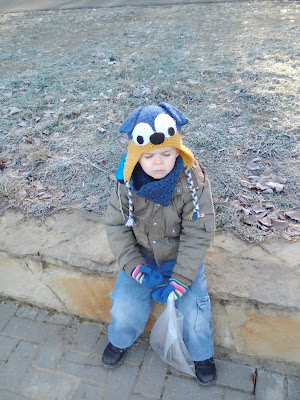 I was resistant at first when he suggested we venture off the paved trail around the lake to follow a trail in the surrounding woods (I had wanted to go all the way around the lake), but we did it and it turned out to be really, really fun. We had a great time spotting animal tracks and following a little creek (that was still running despite the temperature being in the 10s) up the hill a ways. 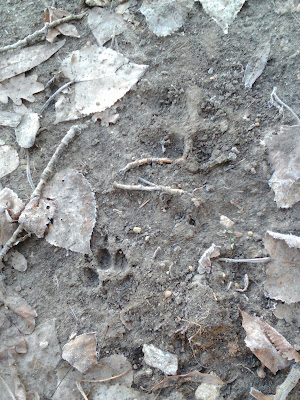 Despite the cold, it was good to get out and get into nature a little! 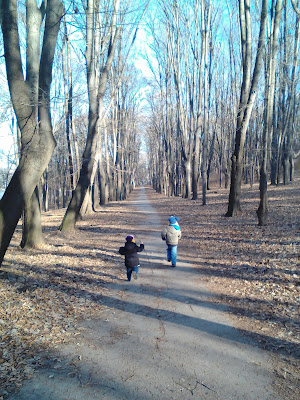 On another day, we visited the museum of Natural History and Ethnography, It's been on our bucket list since we got here, but we were trying to save it for colder months when playing at the park wasn't an option. It turned out this was the perfect time to go! 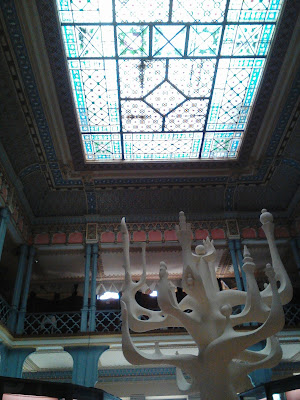 It was such a cool museum, and really cheap too--I think we spent $2 total to get in and take pictures. 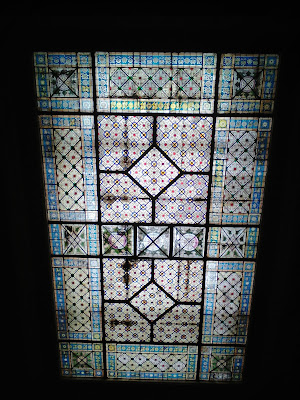 The kids really loved the natural history part of the museum, with loads of animals from the region (check out the giant bird below!) and fossils galore. 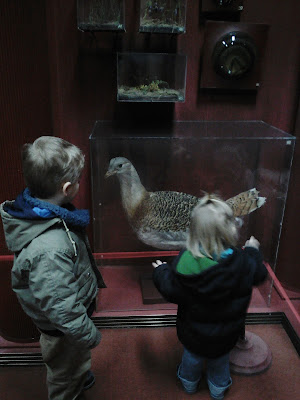 I can't remember if the below creature was a mammoth or mastodon, but it was REALLY COOL and REALLY BIG. 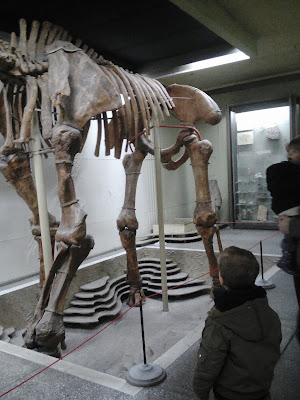 Unfortunately, by the time we got to the super interesting ethnography section with artifacts from Moldova's more recent past, the kids were basically done museum-ing and we didn't get to spend as much time exploring as we'd have liked. Good news though--it's so cheap and so close by that we will definitely go again! And we'll just start at the ethnography section next time so we can definitely get to see that part. 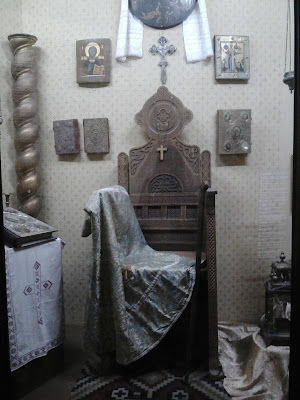 Whose throne is this? I have no idea!

I LOVED these embroidery swatches, with all kids of different patterns that have been used over time here in Moldova. There were several displays like this and I lingered over them as long as the kids would allow--I will spend much more time with them next time! 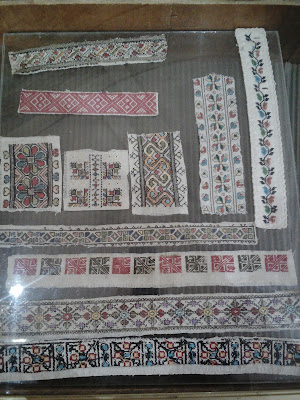 A different day, we took the kids ice skating! Miriam rode in an awesome little sled (and loved it!) while Niko skated with us. This particular ice rink didn't have the skating supports Niko has used in the past (though I've heard maybe other rinks in Chisinau have them) so skating was pretty hard for him. He got a little discouraged, but towards the end he got a second wind (and the promise of a Kinder Egg if he went around twice more) and did a great job! 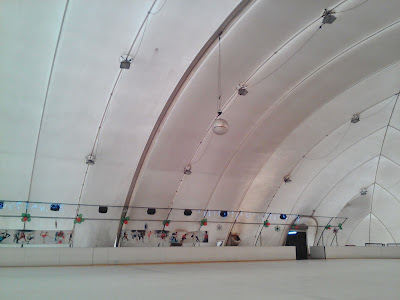 Skating is something he's loved in the past so I was really glad to make it a good experience for him. Jesse and I have often thought that Niko might be well suited to hockey temperament-wise, so I'd love for him to get into ice skating! 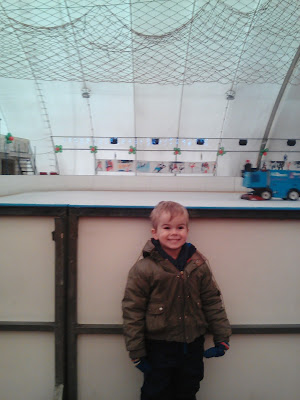 A different day we had planned to go to another museum but Niko wasn't in the mood, so instead I made a scavenger hunt. I chose things I expected we'd be able to see in the blocks around where we live (like the letter M, a blue car, a Moldovan flag, etc). 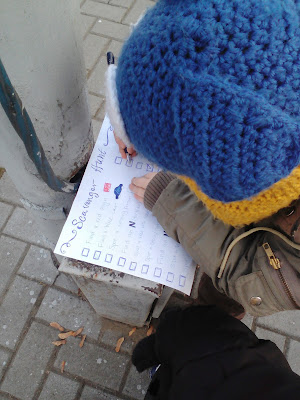 It was a big hit! We had a great time spotting all of the different things, and we finished the morning with a visit to our favorite pastry shop, which always makes for a good morning. 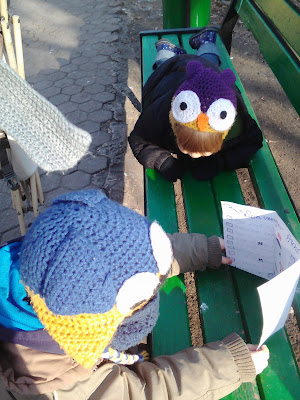 I've just remembered that these next photos aren't from the Staycation--they're from the next weekend, when it snowed! On a Saturday, the weather got up above freezing, so we bundled up the kids in their best snow gear and went to play in the snow at the park! 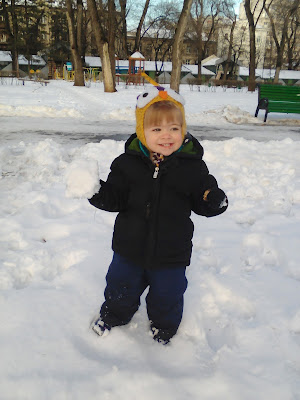 Guys, it was SO MUCH FUN. 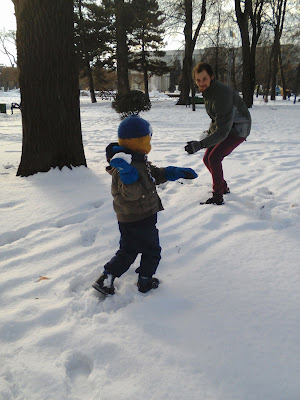 We threw snowballs and at one point Jesse (who was throwing underhand in an attempt to not hit too hard) got Niko right in the face with a snowball! Niko was stunned but amiable, and giggled when Jesse said Niko could toss one in Jesse's face to make it even. 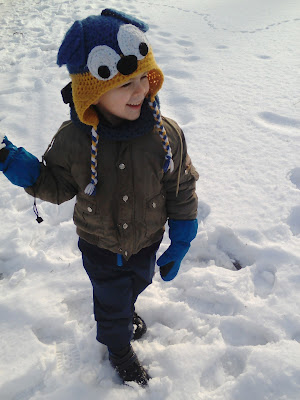 The kids really got into the snowball fight (more so than making a snowman, which we did after). It was really, really fun running around with them!

Yay for Winter and yay for snow! 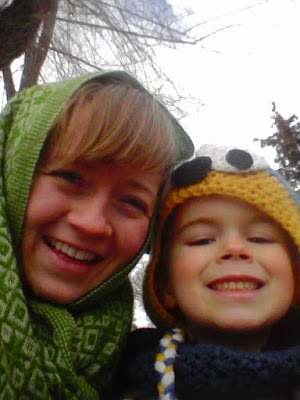 ivrcti said…
I love the scavenger hunt, suited to Niko. It was perfect! I'm also impressed that you were able to flex your plans to allow for the moods of your preschooler. Very, very good! I wish I had been as creative back then as you are now!
January 25, 2017 at 9:58 PM