The drive to Toronto was much easier than the one to Montreal--it was shorter, and the roads were clear!

We had a lot of lovely views of the Canadian countryside, many of which looked like this: 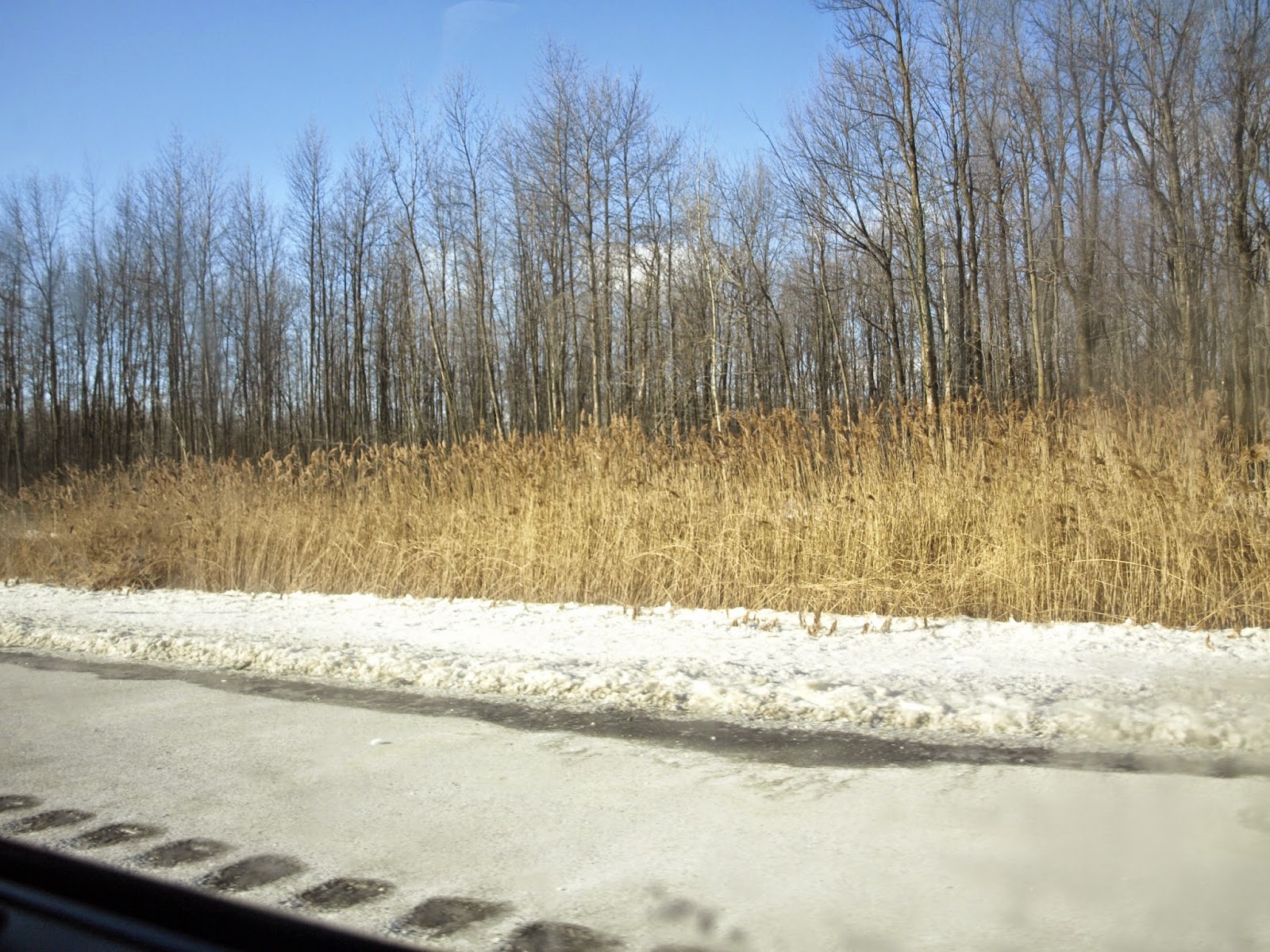 That night, we stayed in Whitby (a suburb of Toronto) with some Canadian friends that used to live in our student family housing complex in Ann Arbor. They moved back to Canada for a job a few months ago, and it was really fun to see them again and catch up! Honestly, they're the kind of people that I always meant to spend more time talking to while they lived here, so it was really nice to spend the evening just chatting with them. Also, I think getting to play with their 4 children was the highlight of Nikolai's trip ;) ;)

The next morning we set off to see the University of Toronto! It was pretty frigid, so I didn't take as many pictures as I should have :( The campus was really cool though, and we had a great time running around campus, trying to find all the people Aaron hoped to talk to. In the end, I think we found almost everyone, and got to see a good portion of campus while doing it!

There were some lovely old buildings that were part of campus (I'm not sure exactly what they house, but they were cool!): 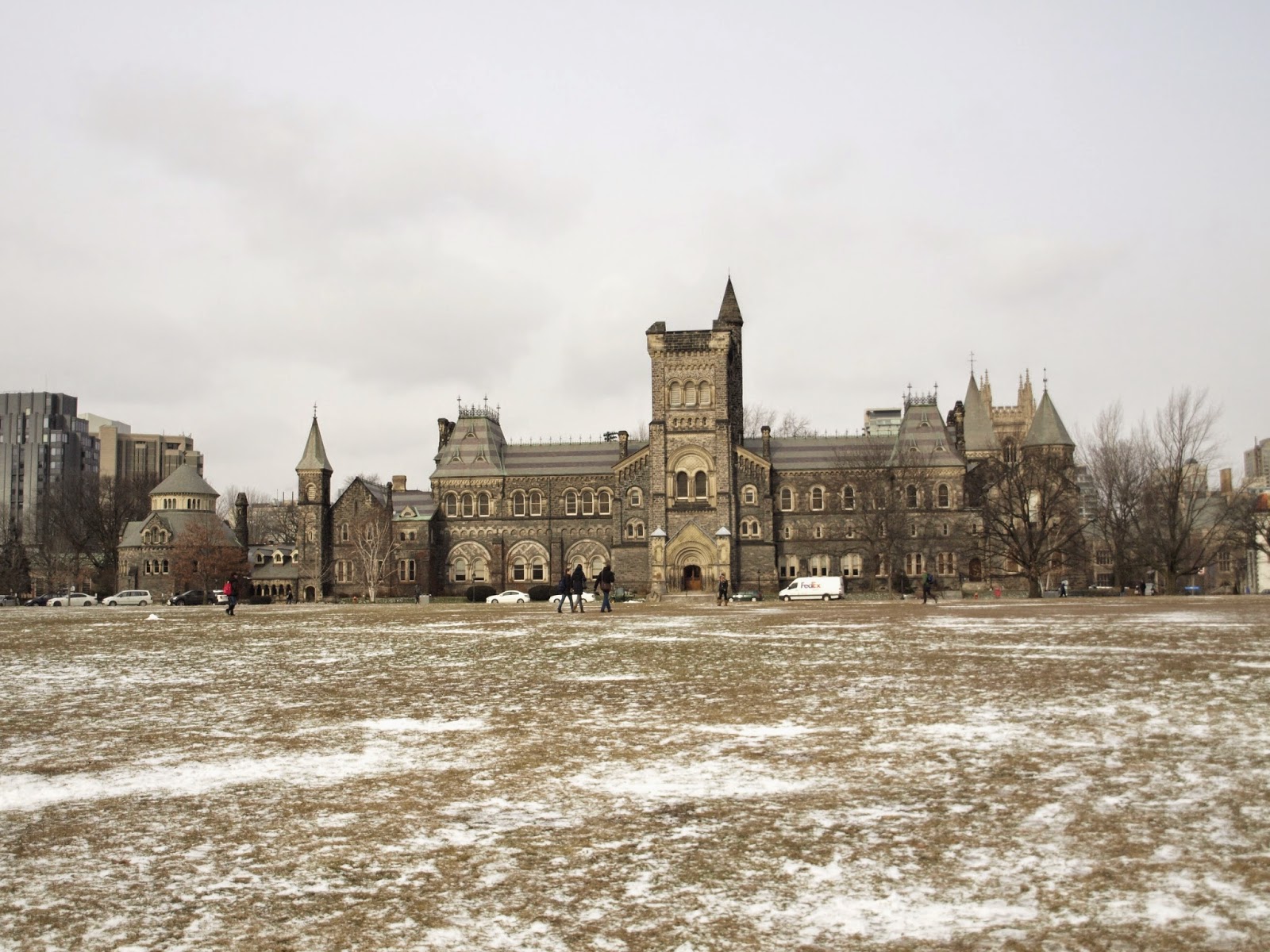 And just to the east of campus was the Parliament building for the whole province of Ontario, which gives free tours--so of course we had to check it out!

It was really cool--the architecture was really lovely, and we had a great time learning more about the Canadian governmental system. It's so interesting so see how other systems of governance work, especially when they're quite different from our own! 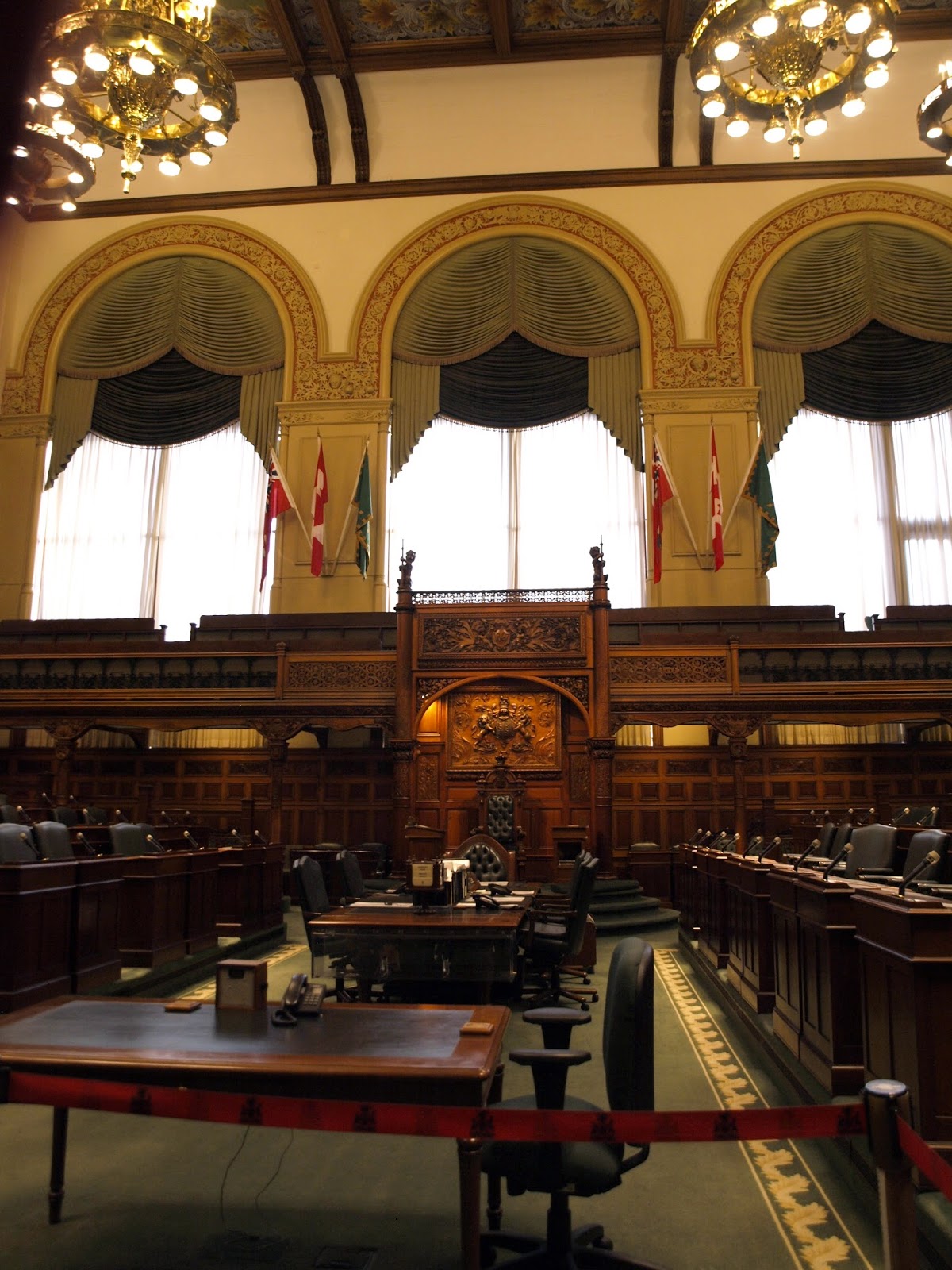 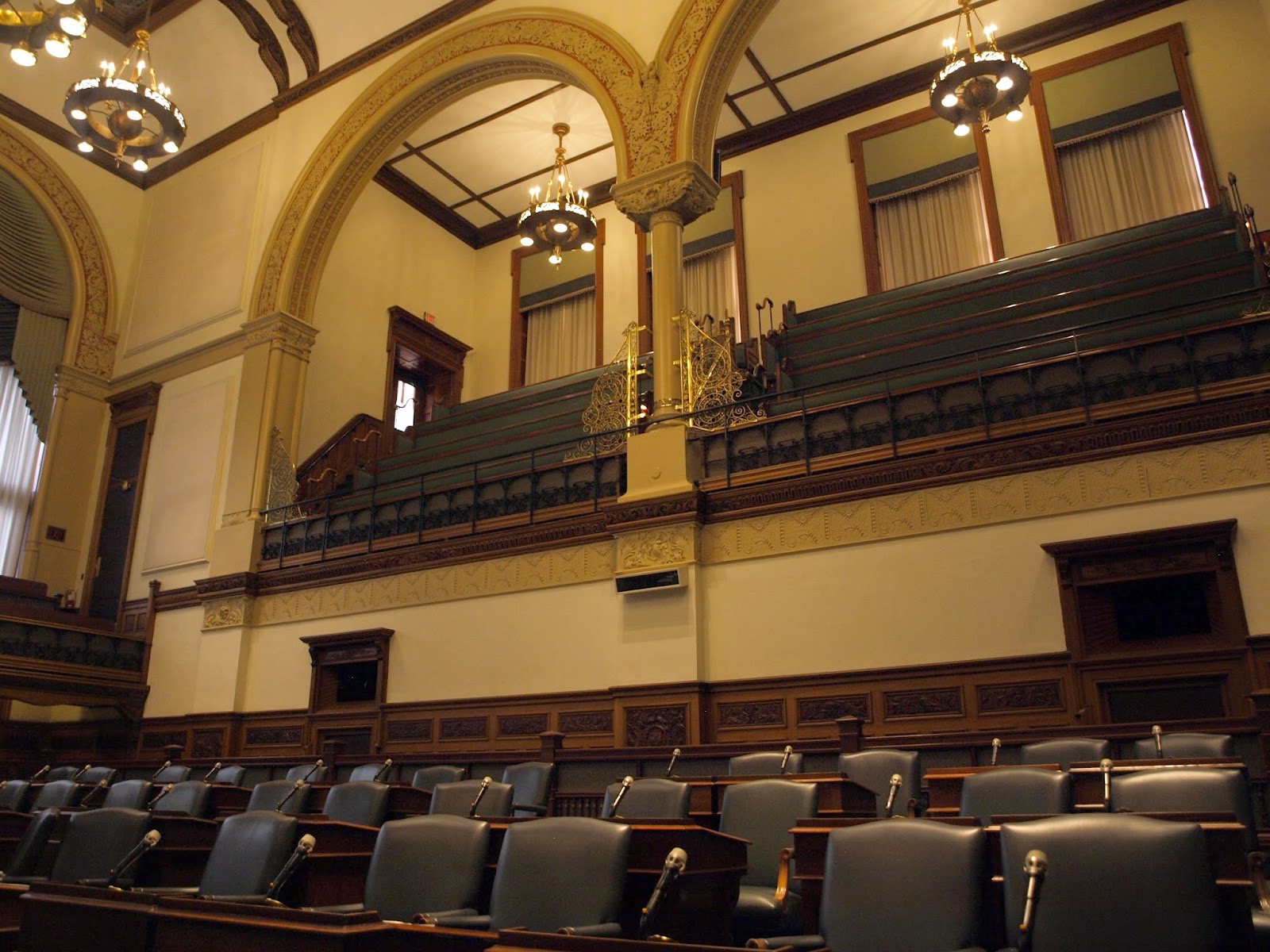 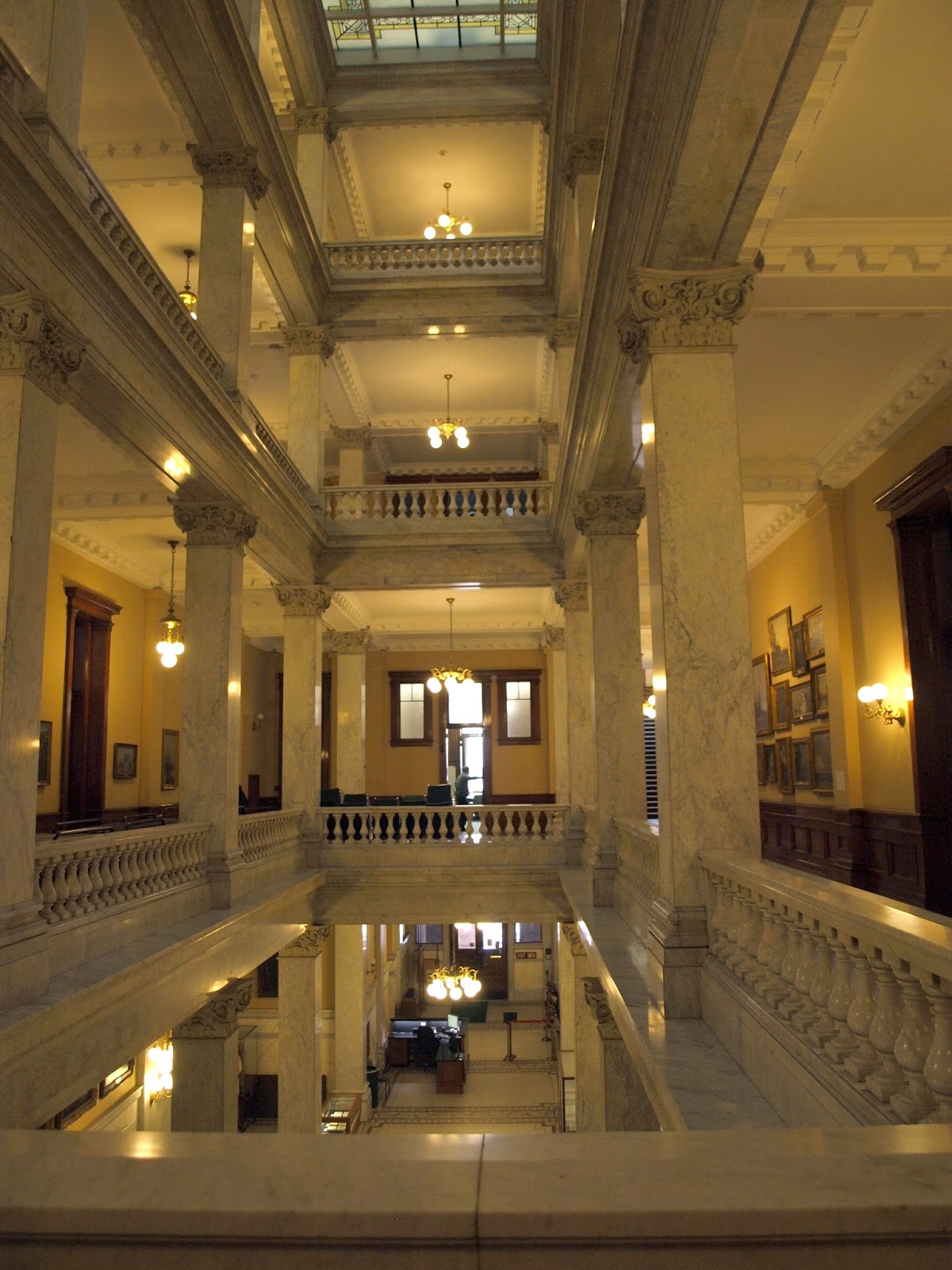 We only had about half a day in Toronto, but we tried to enjoy it as best as we could. That afternoon, we set off for home! (It was especially important that we get home at a decent hour, because Jesse's first day of classes was the next day!)

All in all, it was a really great trip, even despite the sometimes-lousy weather :)

I'll leave you with a picture of Nikolai and Aaron, cozy on the couch watching a movie (Uncle Aaron became Nikolai's very favorite person while he was here!): 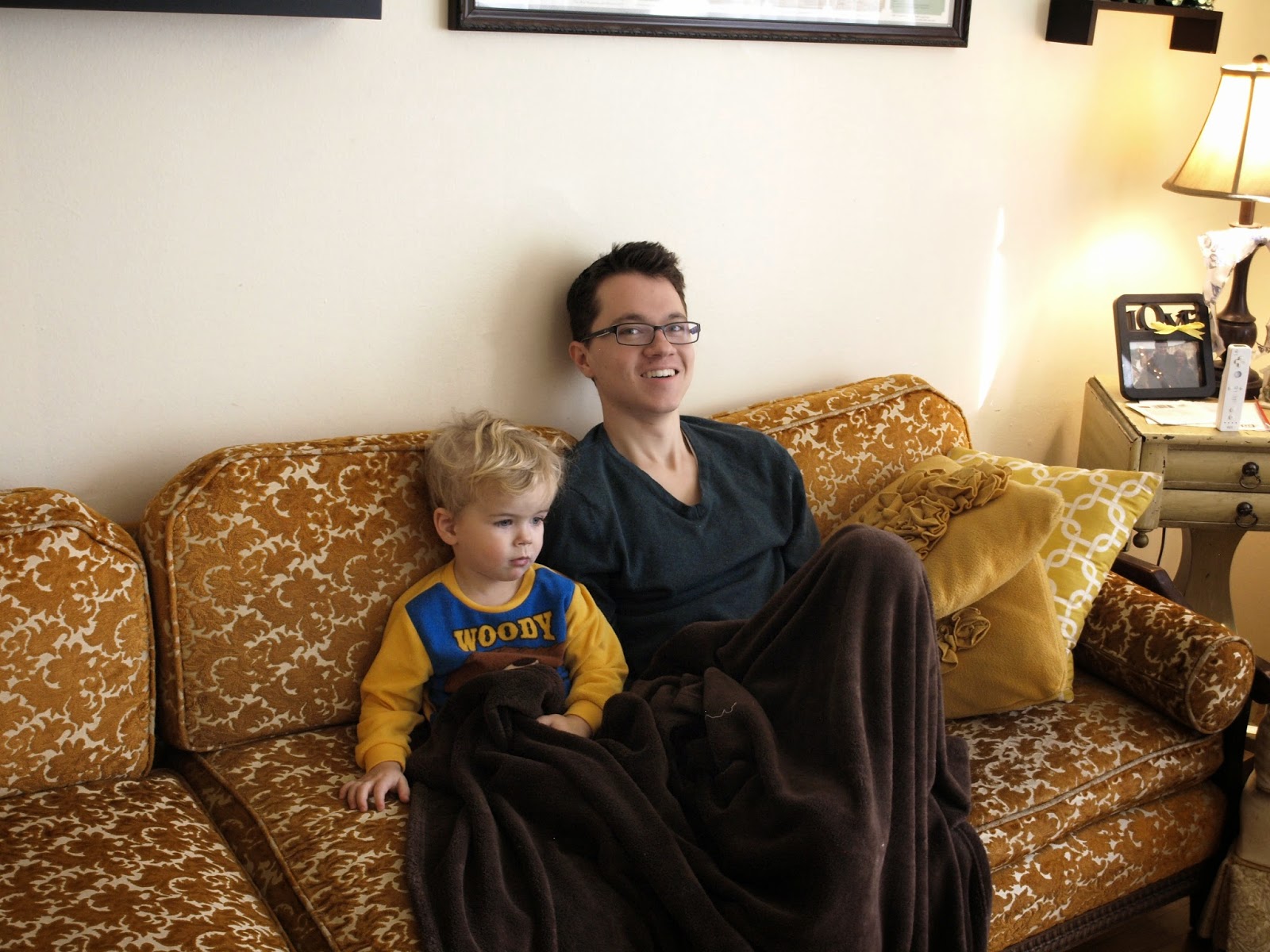 Aaron, thanks so much for coming to visit us! We loved having you here, and we loved an excuse to adventure with you :) We love you!