Sorry for the radio silence over here. It's been caused by three things:

1) Jesse's been super busy, so we haven't done a lot that was interesting (he's been writing a massive 35 page paper to submit to a journal, as well as doing research for a professor and interviewing for summer internships!)

2) I'm in that super pregnant stage (38 1/2 weeks!) where I desperately want the baby to get here, but also know that she could very well be a week late (like Niko) and we could still have awhile to wait. This means that I'm simultaneously planning on having a baby tomorrow OR in 3 weeks, which sort of makes me crazy.

3) It's also just that time of year where we're just waiting out winter for fun things to happen again!

I guess we have done some stuff--game nights with friends, a potluck dinner with law school families, a move night with friends, celebrating valentine's day (with delicious sparkling cherry cider and german chocolate) and that sort of thing. But I didn't take pictures of any of it, so basically it didn't happen ;)

Something I DID take pictures of that I've been occupying my time with lately is some crafting! I'm trying to come up with a lot of projects to keep me from sitting around waiting to go into labor (because that just makes me cranky). Here's some of what I've done so far. 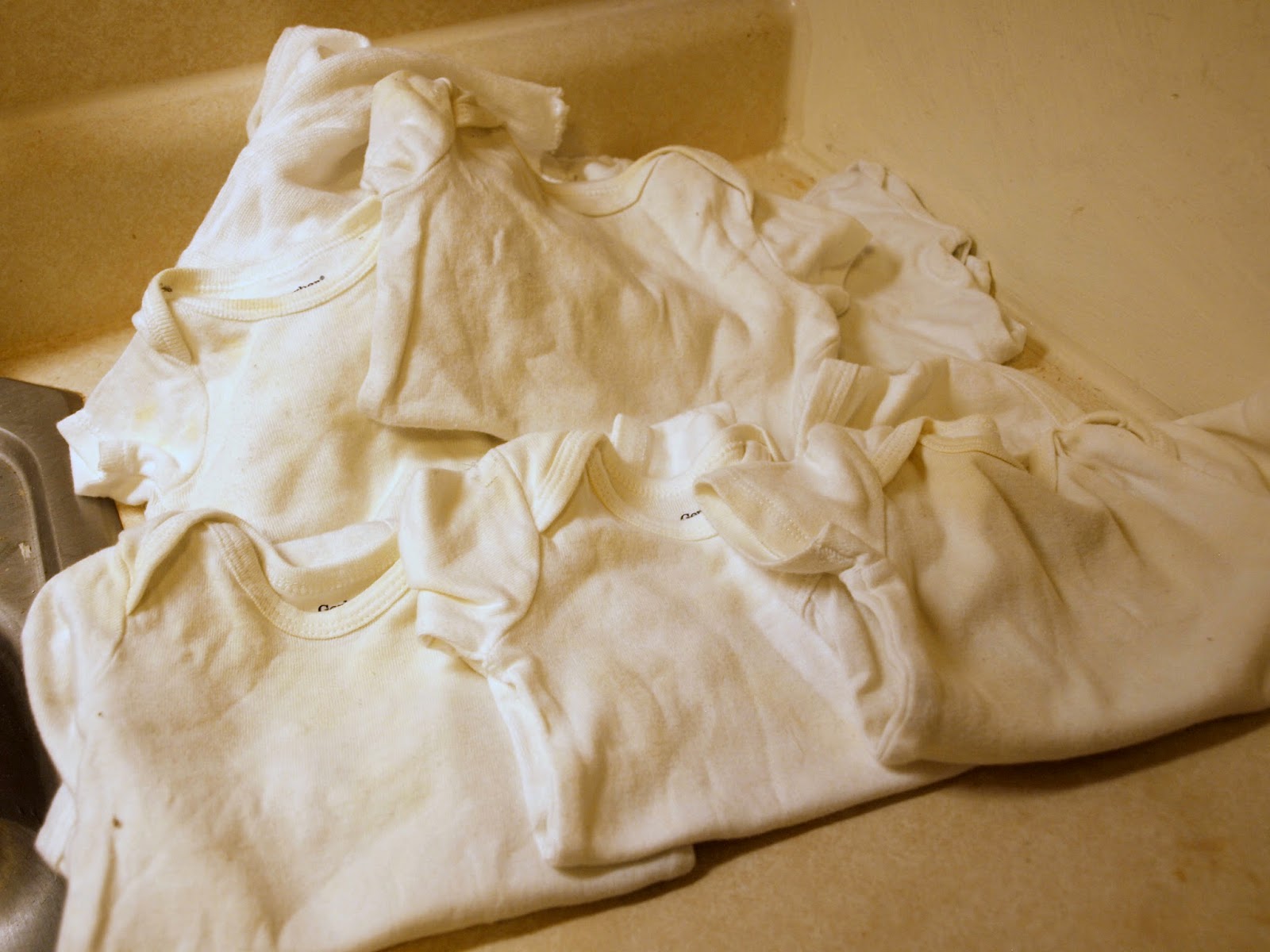 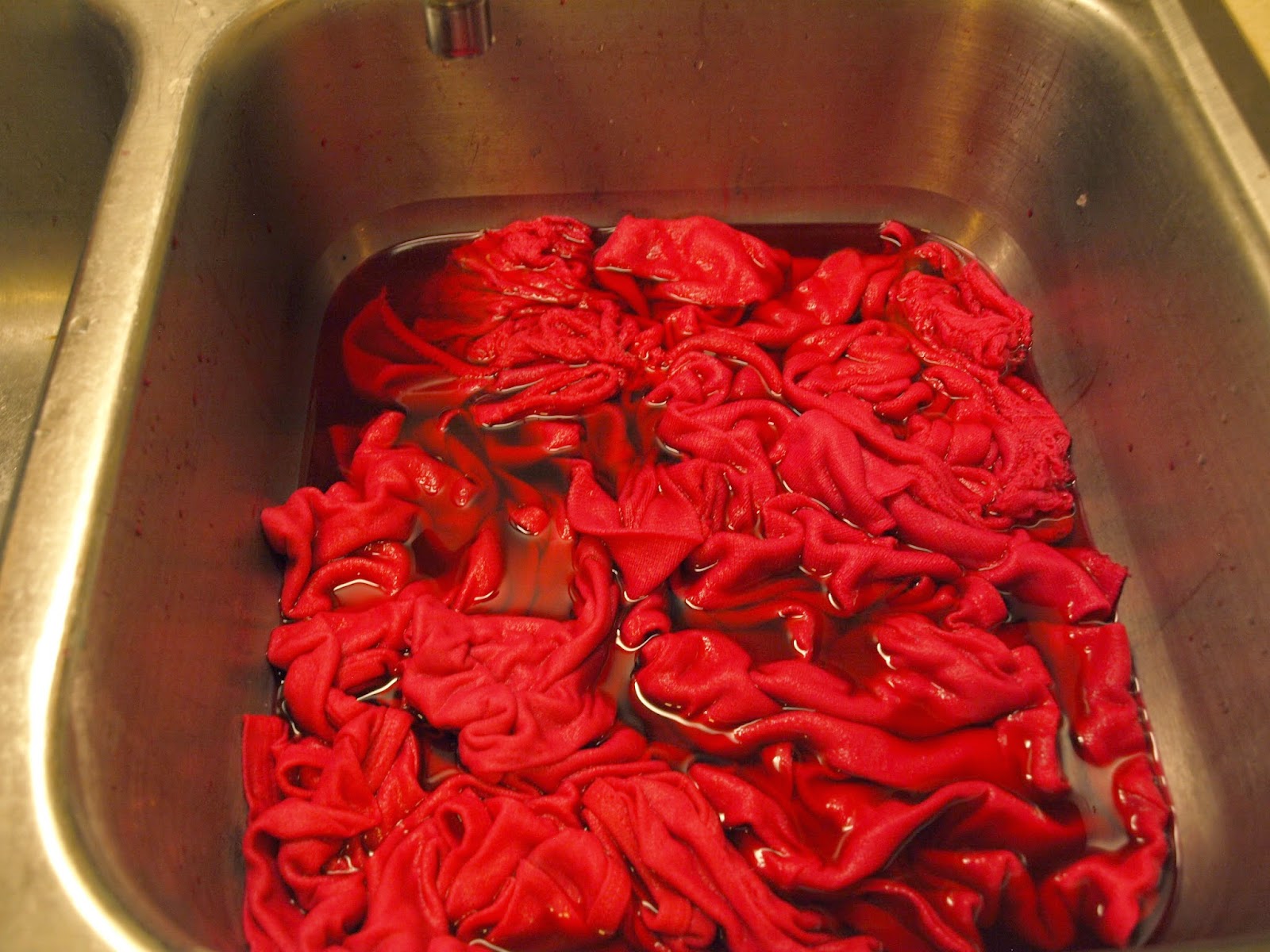 (In case you're wondering--yes, the drain in my sink is semi-permanently stained pink also. I need to take some bleach to that thing soon...) 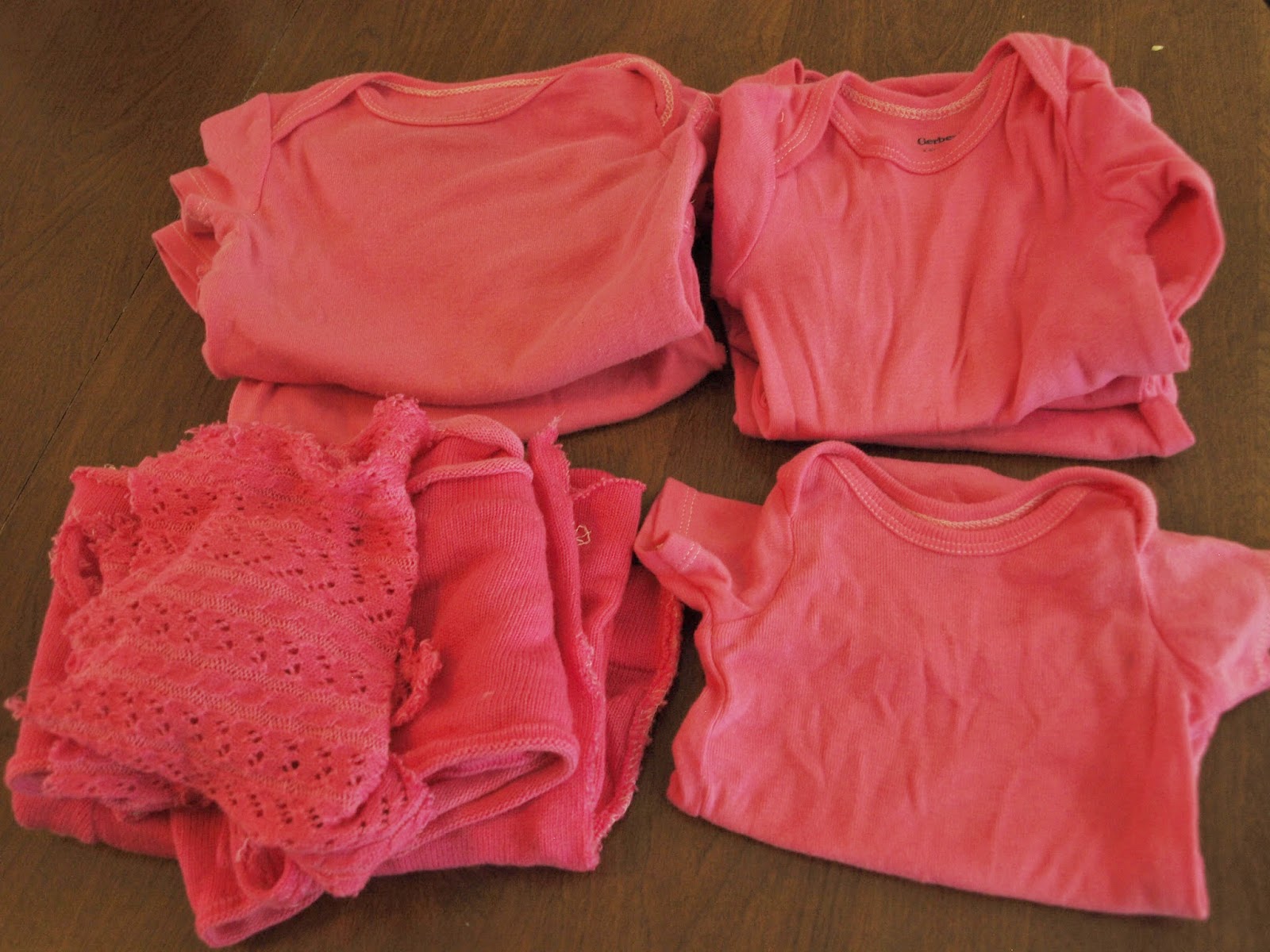 Honestly, I was hoping they'd turn out a little more magenta than hot pink, but I'm alright with it. I also died that pile of fabric there to the left, which has since been transformed into a pair of newborn pants and some headbands!

2) Using embroidery to update one of Niko's old jackets: 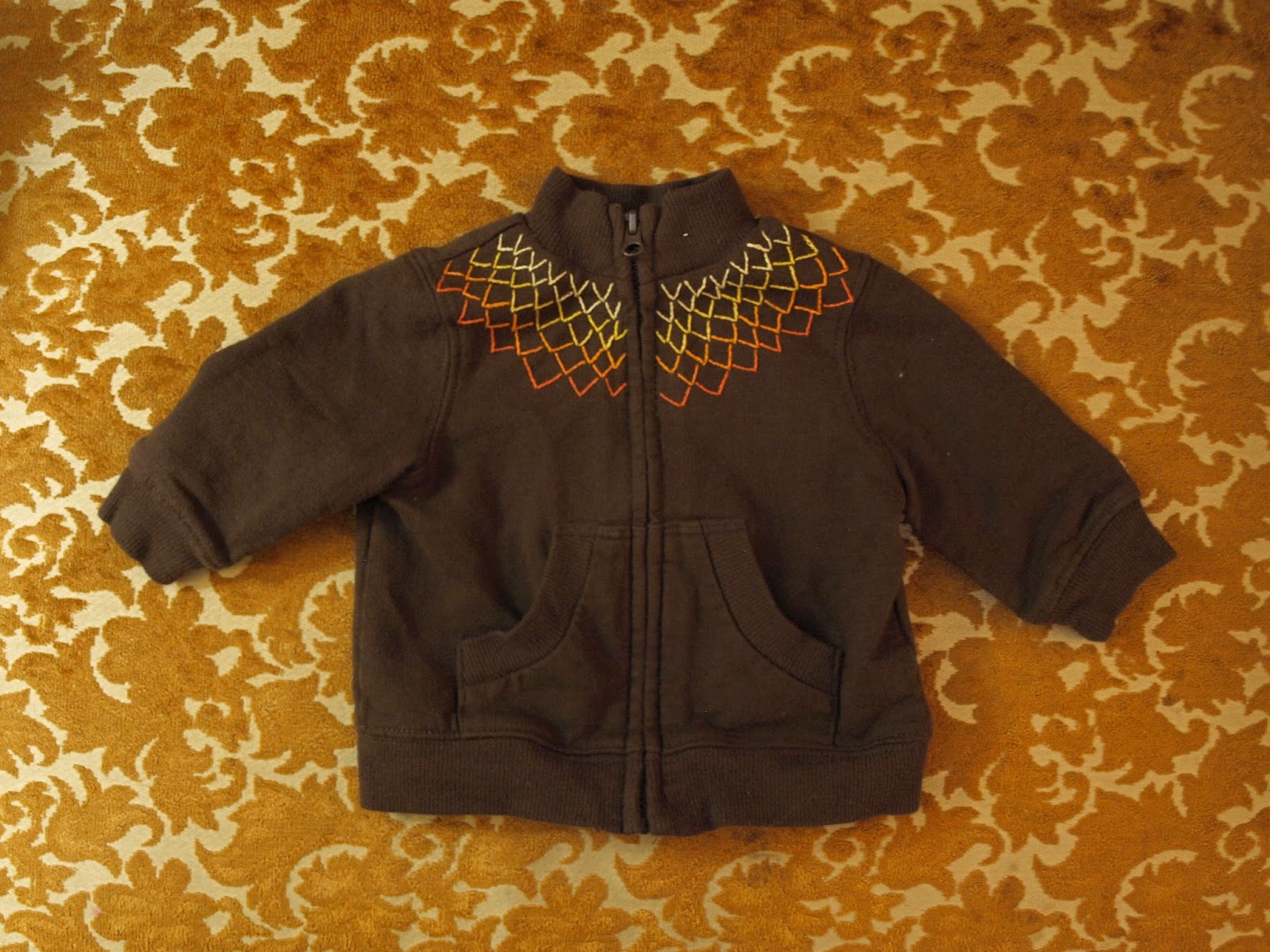 I found this jacket when going through Niko's clothes to see how much of it Little Girl could wear. I like it just fine, except for how unforgivingly brown it is, so I decided to free-hand a little ombre embroidery to liven it up. I'm super pleased with how it turned out!

So apparently Jesse has excessively pointy elbows, because lately we've been discovering all sorts of holes in his sweaters and shirts where his elbows have worn a hole straight through ;)  I found a great tutorial on making elbow patches (link here!) and decided to fix them up so he can still wear them :)

Sewing up the old hole: 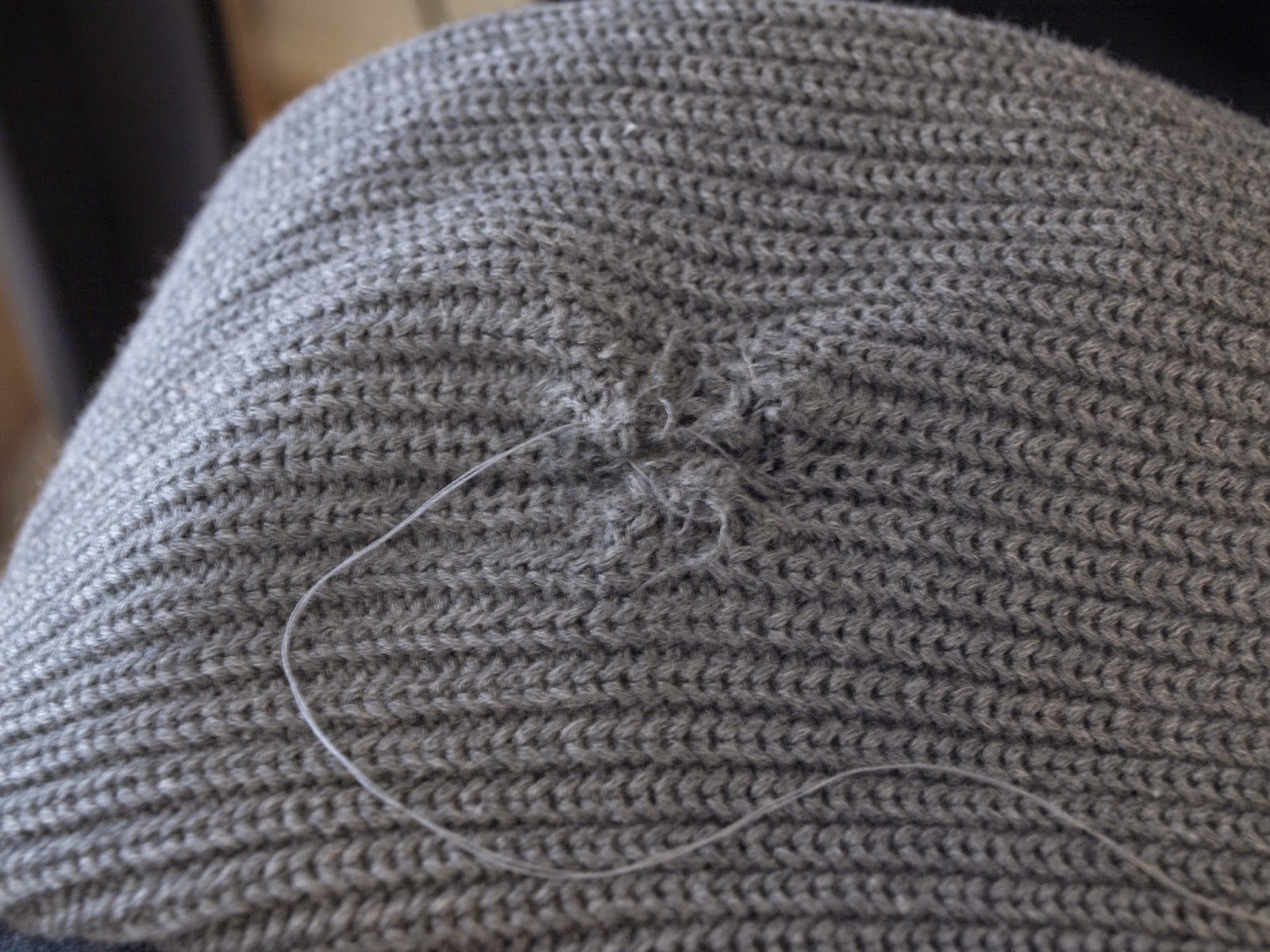 After stitching some faux-suede on: 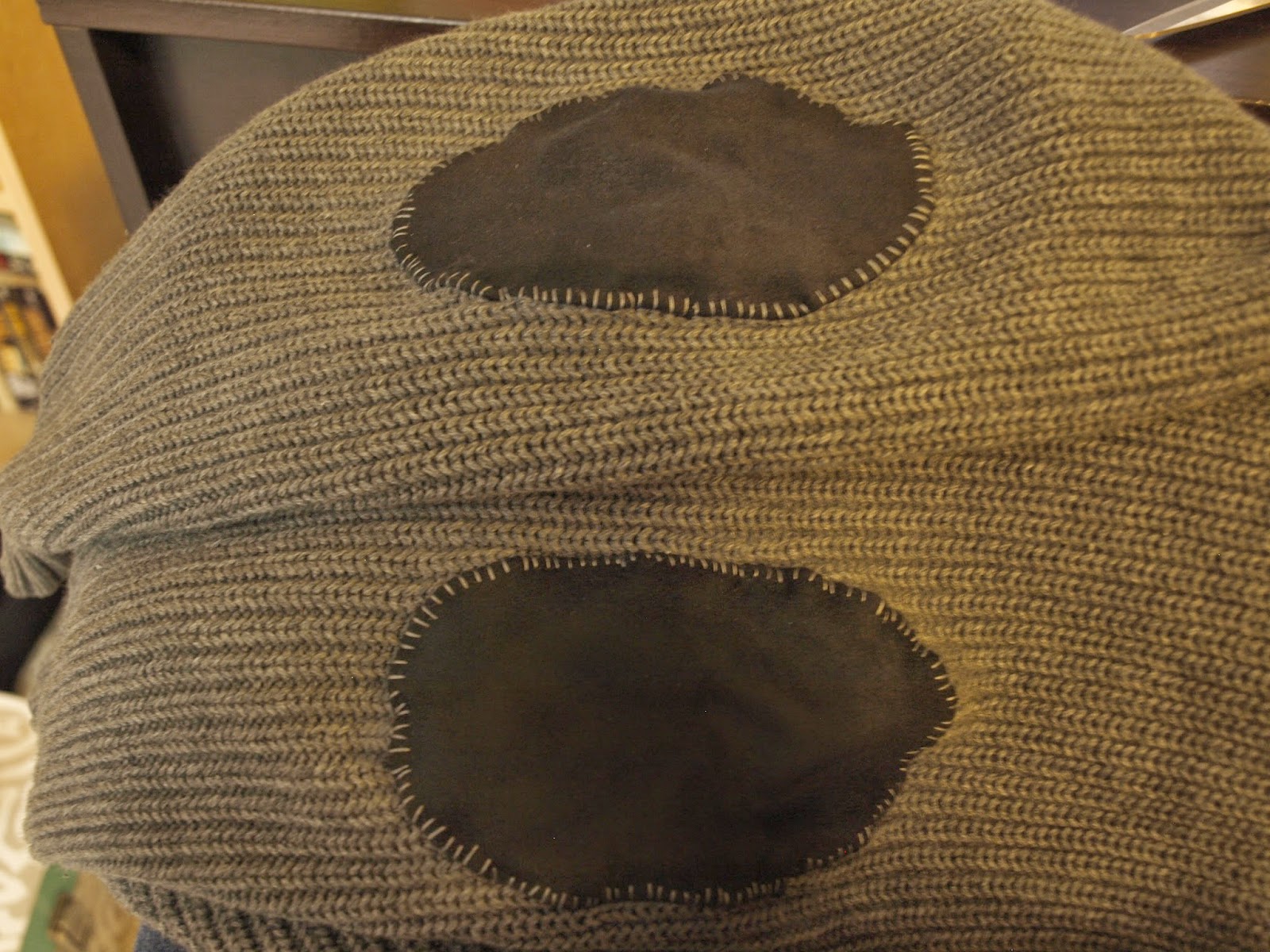 Also, the above photo was super hard to take because the sweater was sitting on my lap and my giant belly kept getting in the way: 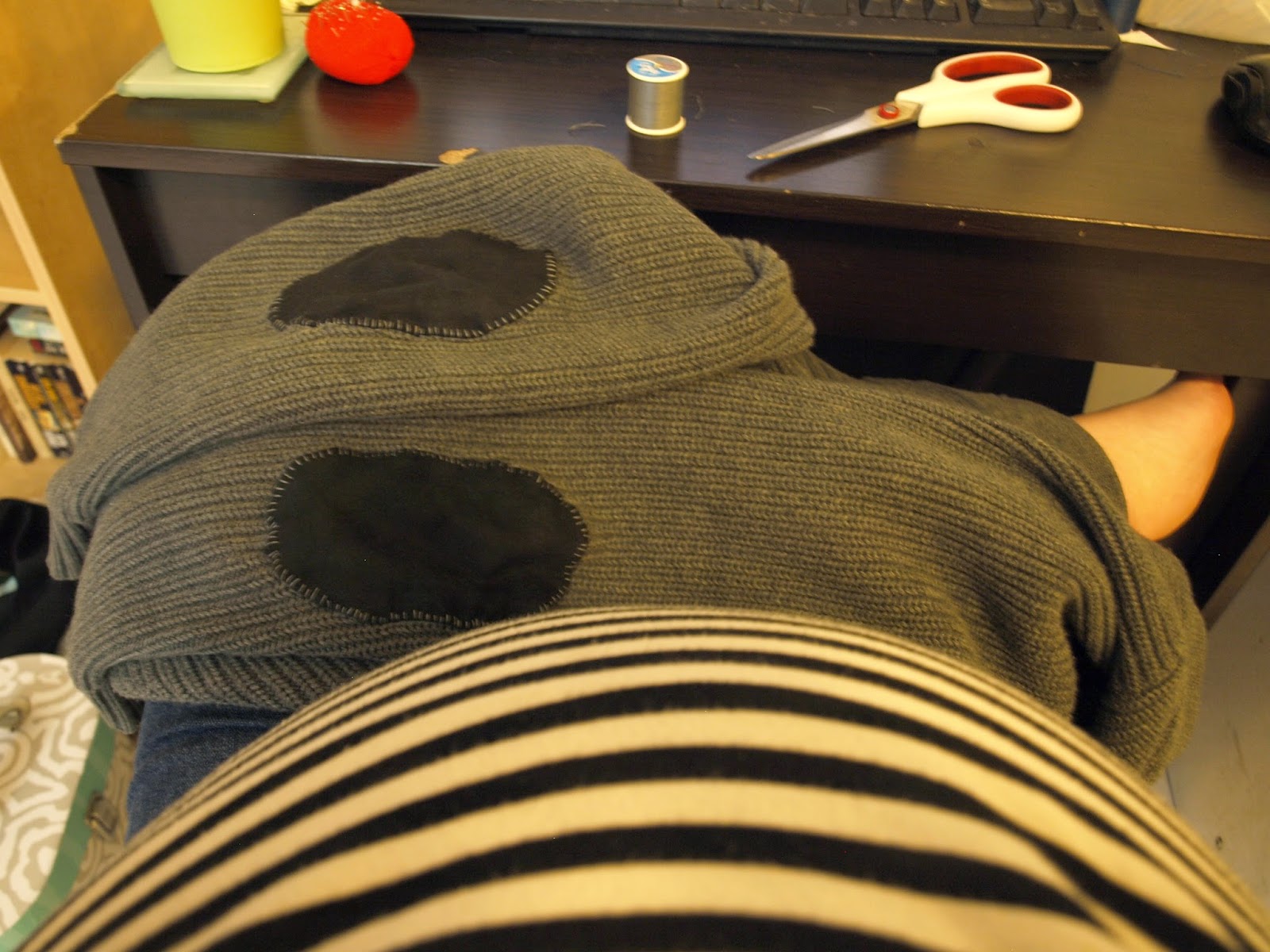 And, lastly, a silly blurry photo of my very, very pregnant self: 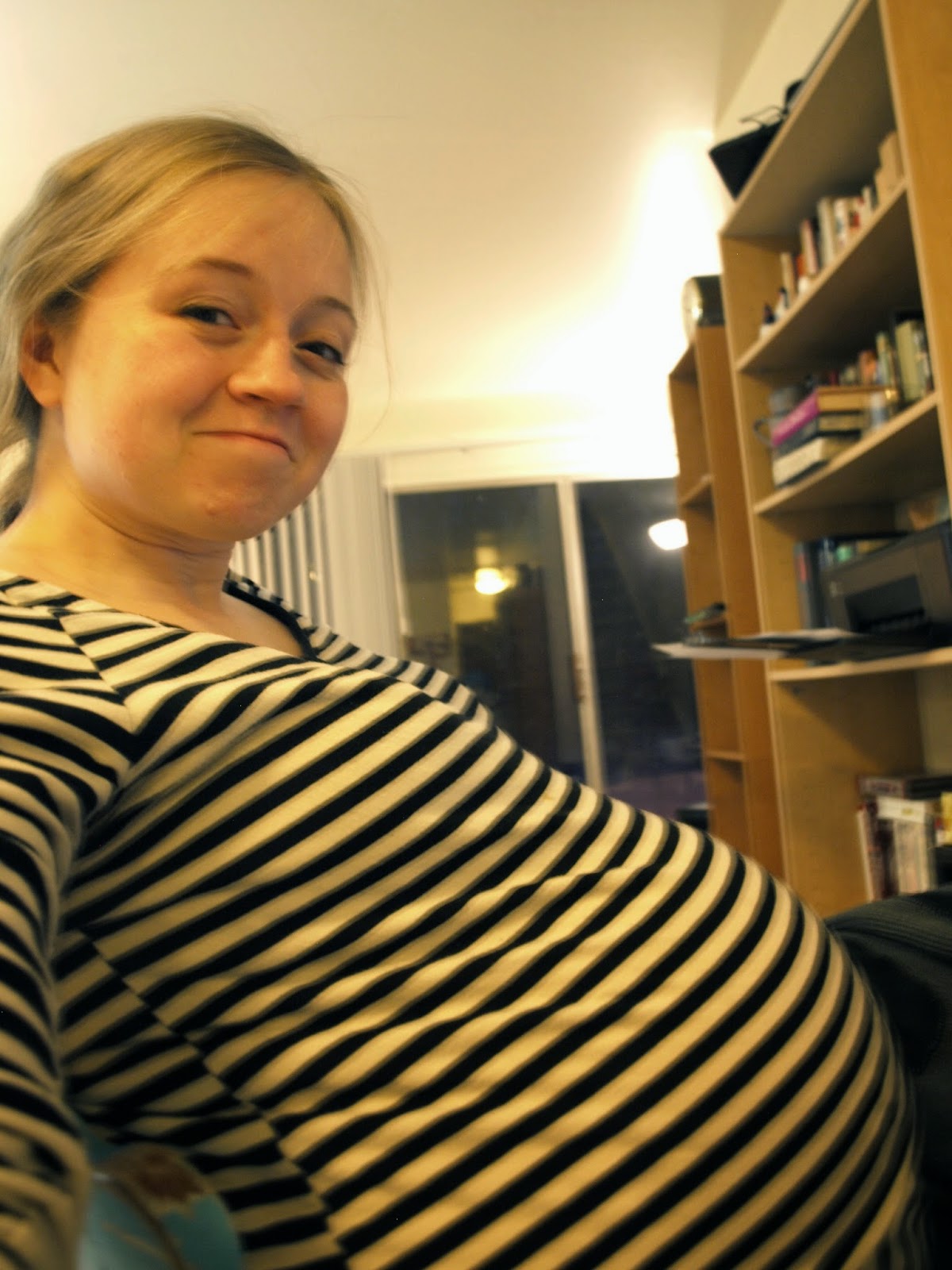 I'll maybe try and post some more before February is all done, but, being real with you, I'm pretty sure 95 % of the time I'm going to be sitting around grumbling about still being pregnant. So maybe I'll spare you that and post again when Little Girl decides to grace us with her presence ;)

Also, wish us luck in picking a name! It's been incredibly hard this time around and we haven't settled on one yet. Ack!

bRob said…
I really admire your handiwork and ability to re-vamp old pieces. Hope this doesn't sound strange, but I enjoy watching you create a darling home!
February 22, 2015 at 6:29 PM

Kylie said…
I love how the sweater turned out! Good luck, those last few weeks are seriously killer. Can't wait to meet her!
February 23, 2015 at 1:33 AM

melissa said…
Thanks for the update! We'll be thinking about you guys.

julis said…
Emery is a family name! Sort of. My grandpa Epperson's middle name is Emory. I think it's with the "o" but that looks funny, so maybe it really is with the E and it's legit a family name! Also, Margot, Marta, and Maisie all pass mustard. And Dandelion! Wow, Melissa, you really outdid yourself there! xxooMum
February 23, 2015 at 6:48 PM

ivrcti said…
I love that you're finding creative ways to prepare for the baby's arrival. I especially like the embroidery. The arm patches will also definitely add to Jesse's street cred as an academic!