To Yorktown and Victory!

After our day at the beach, we headed back to Williamsburg.

We all loved the book binder: 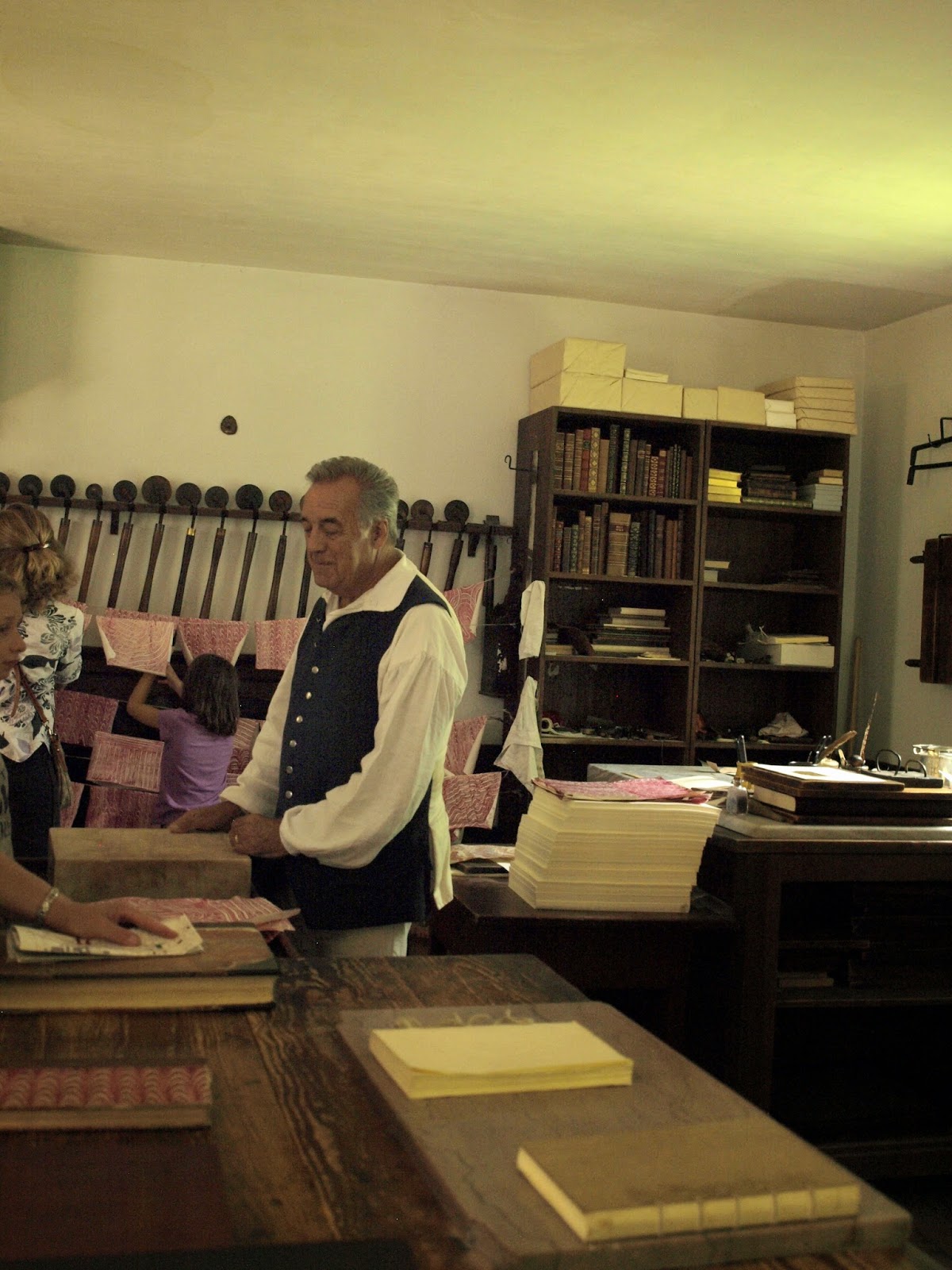 The boys especially loved playing out back: 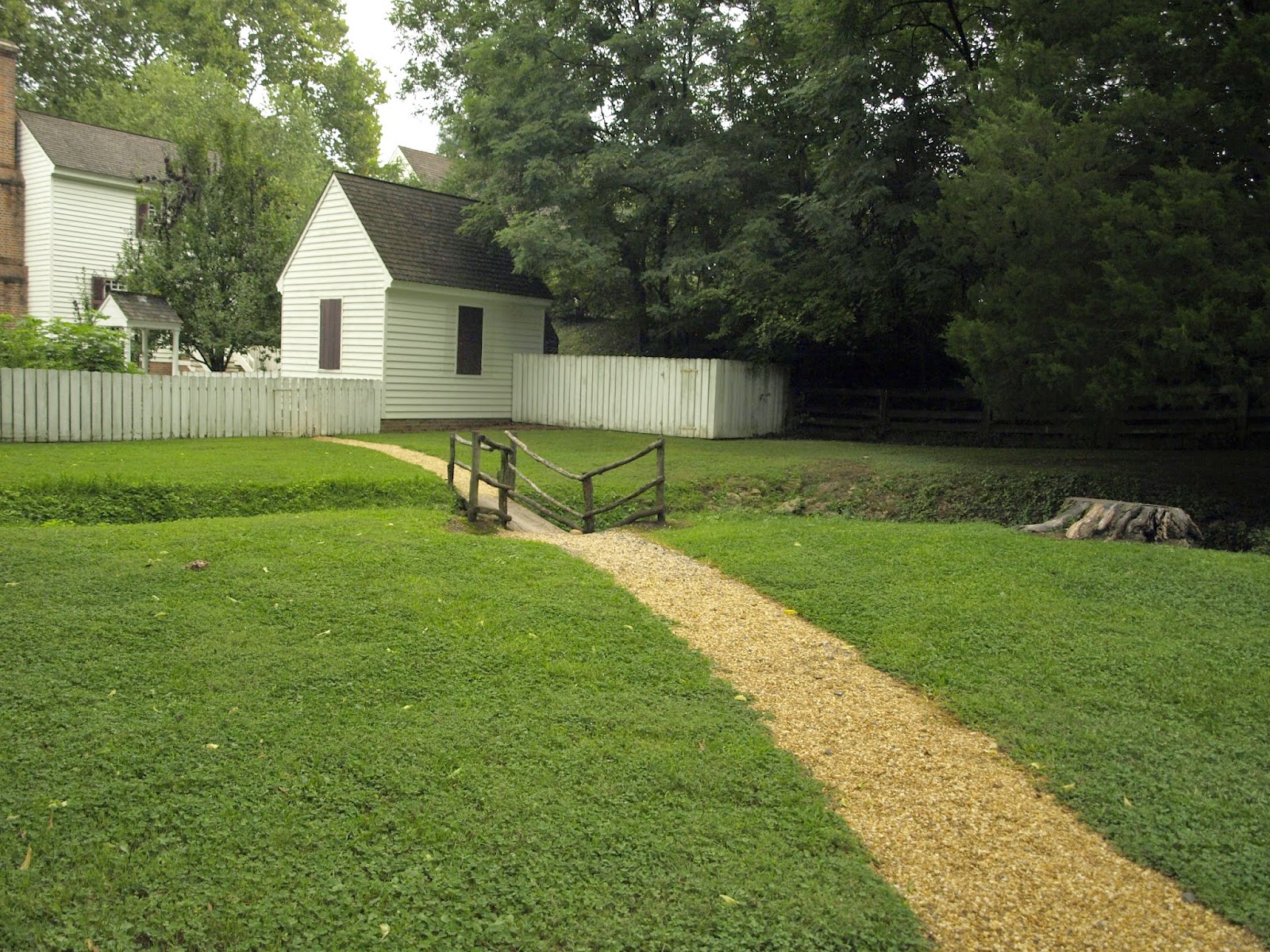 Niko, being his mother's son, obviously had to play in the creek. 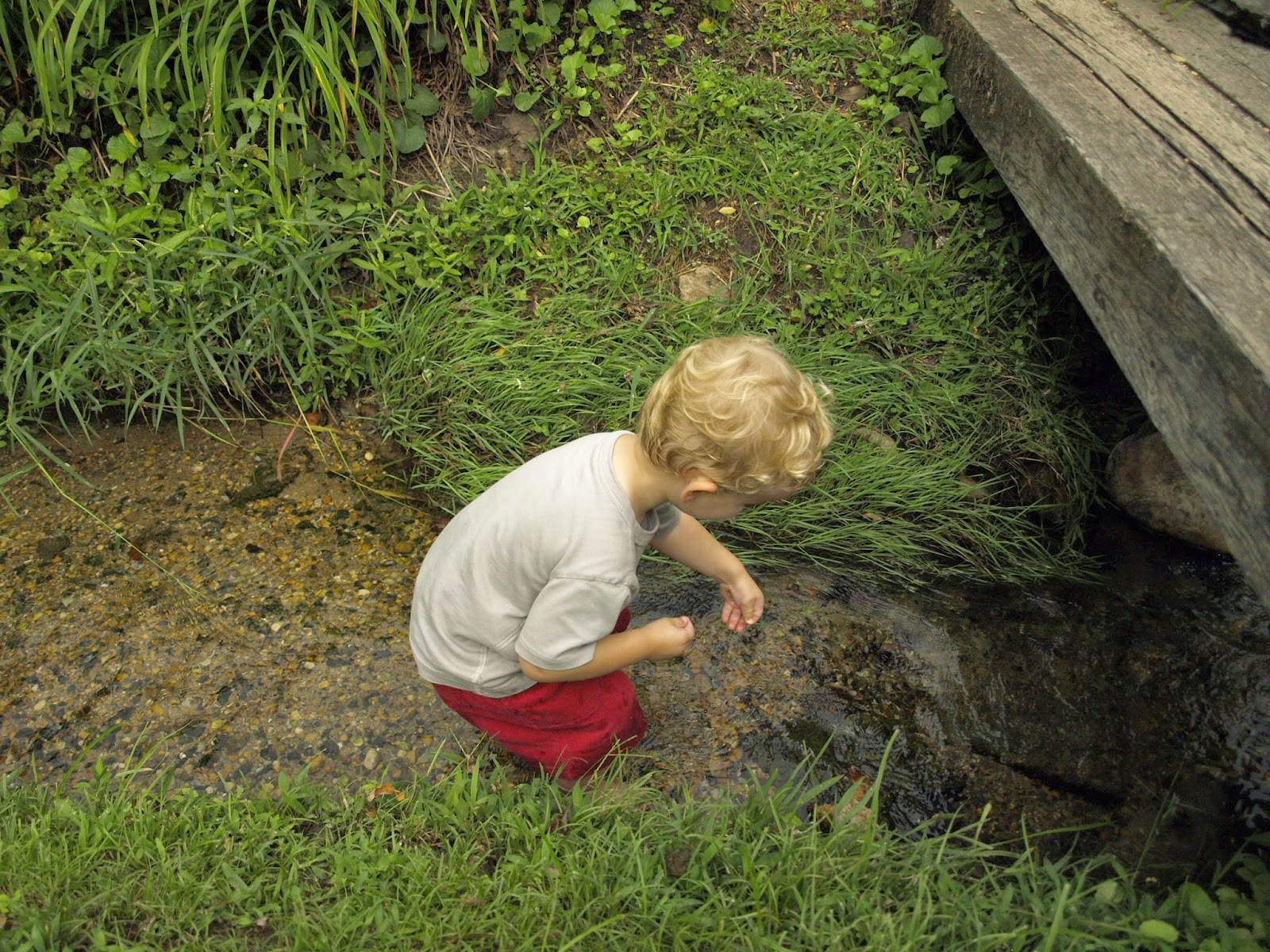 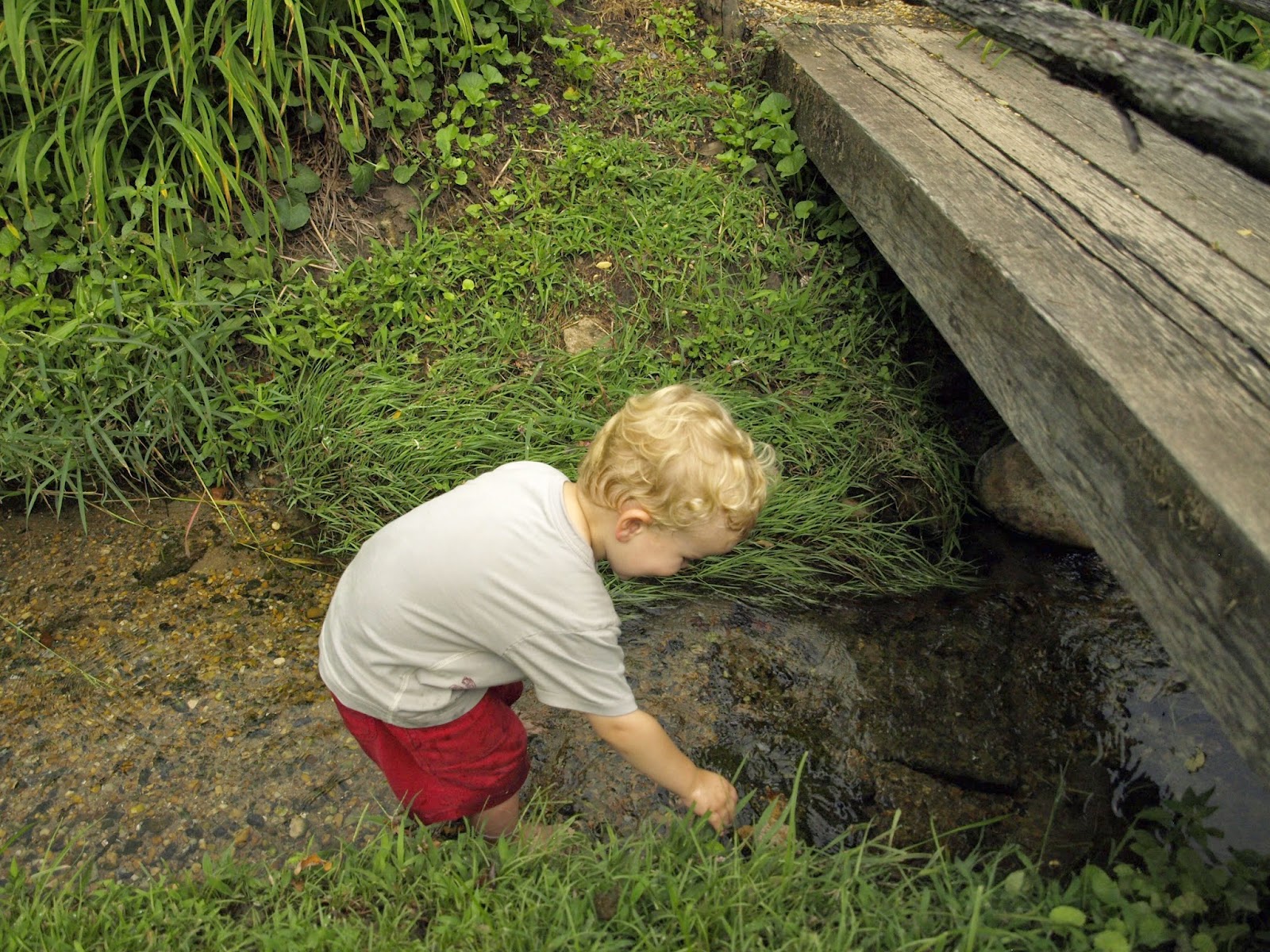 One of my favorite shops was the blacksmith, where we saw and awesome lady blacksmith apprentice! She was awesome. 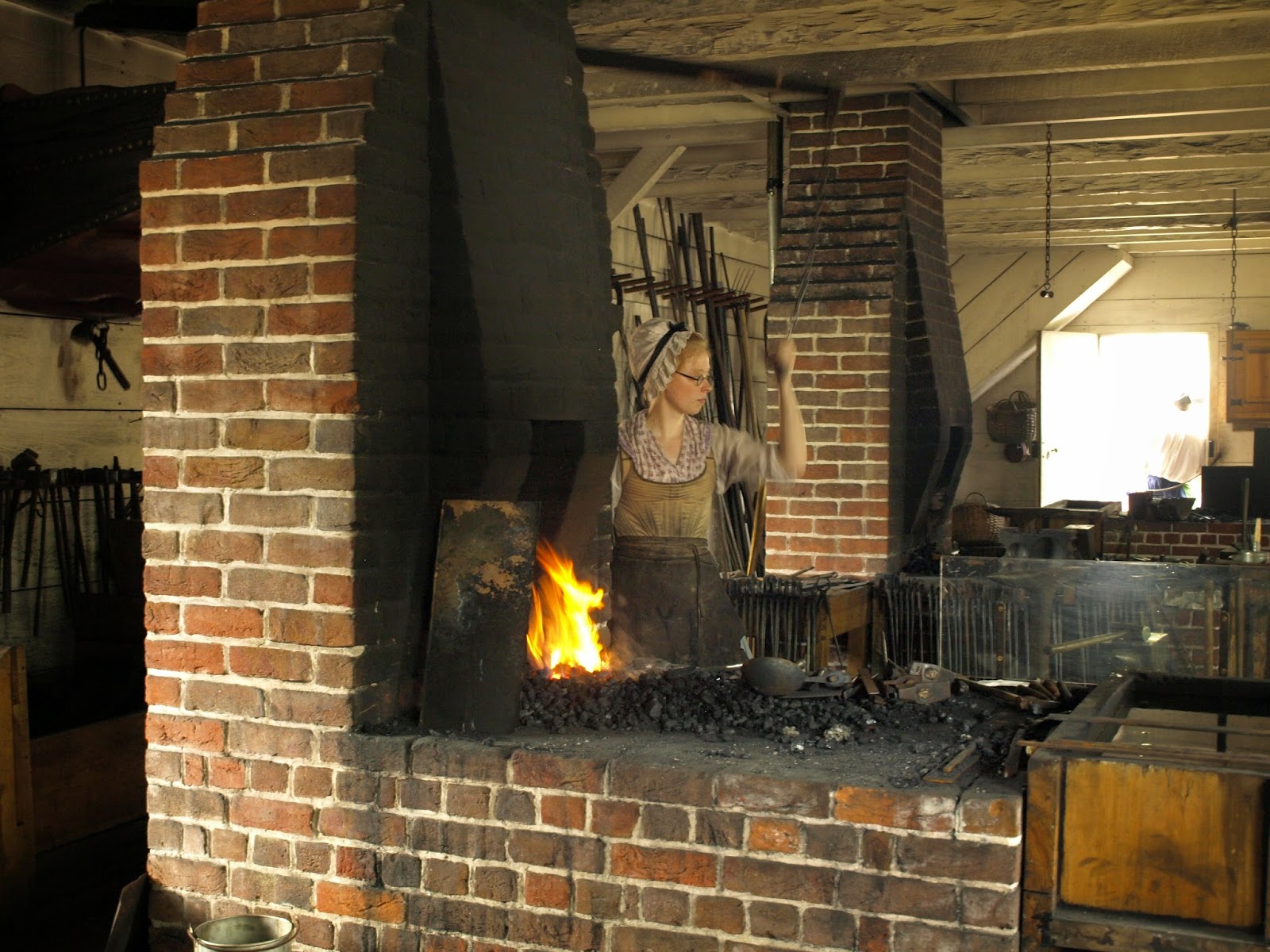 I think in this picture we were waiting outside the courthouse, but mostly I just love this picture of my boys. 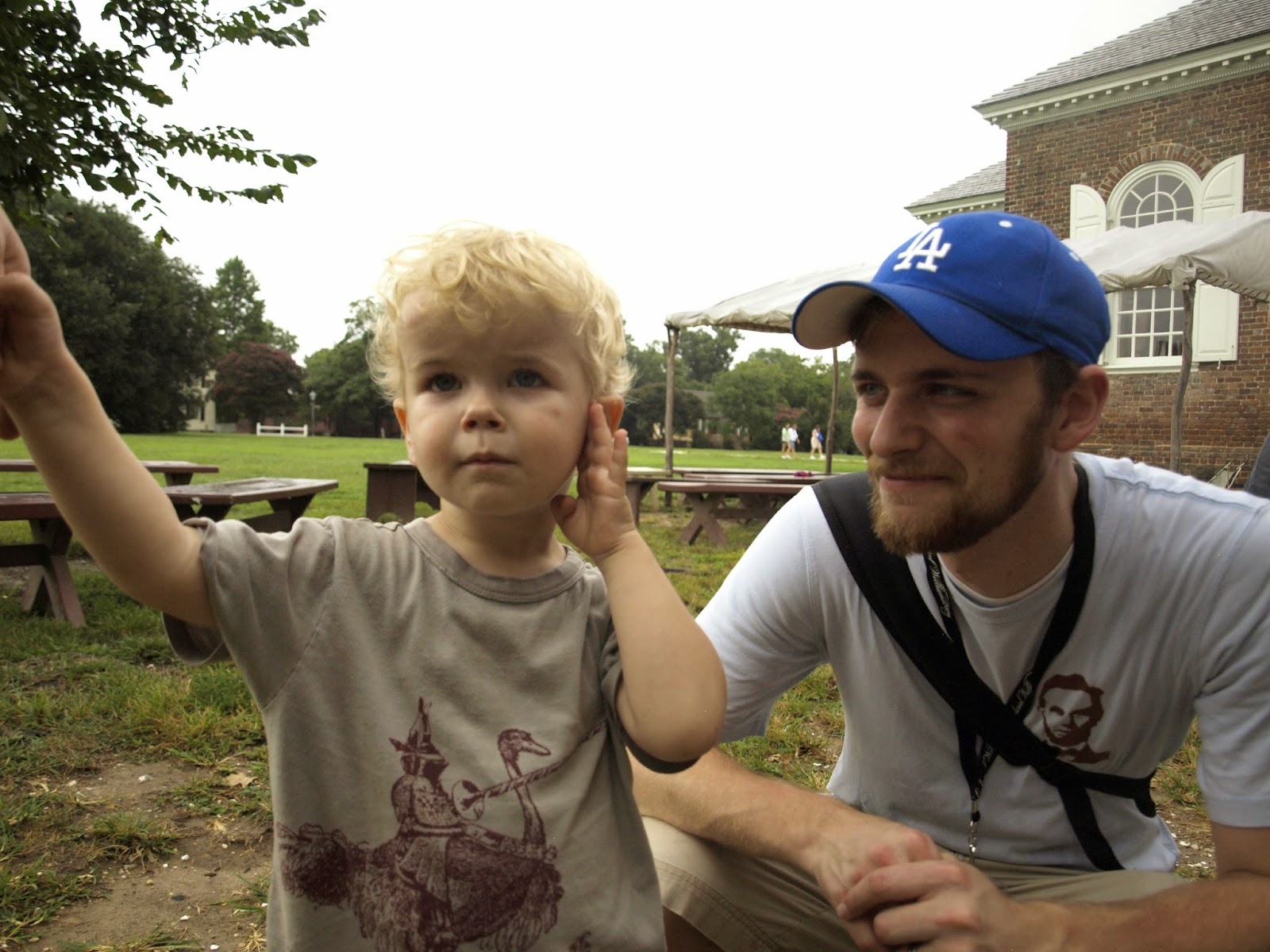 In the courthouse, we participated in a mock trial, and I nudged/pushed Jesse to volunteer to be a magistrate (they didn't actually do much, but I liked seeing him up there). 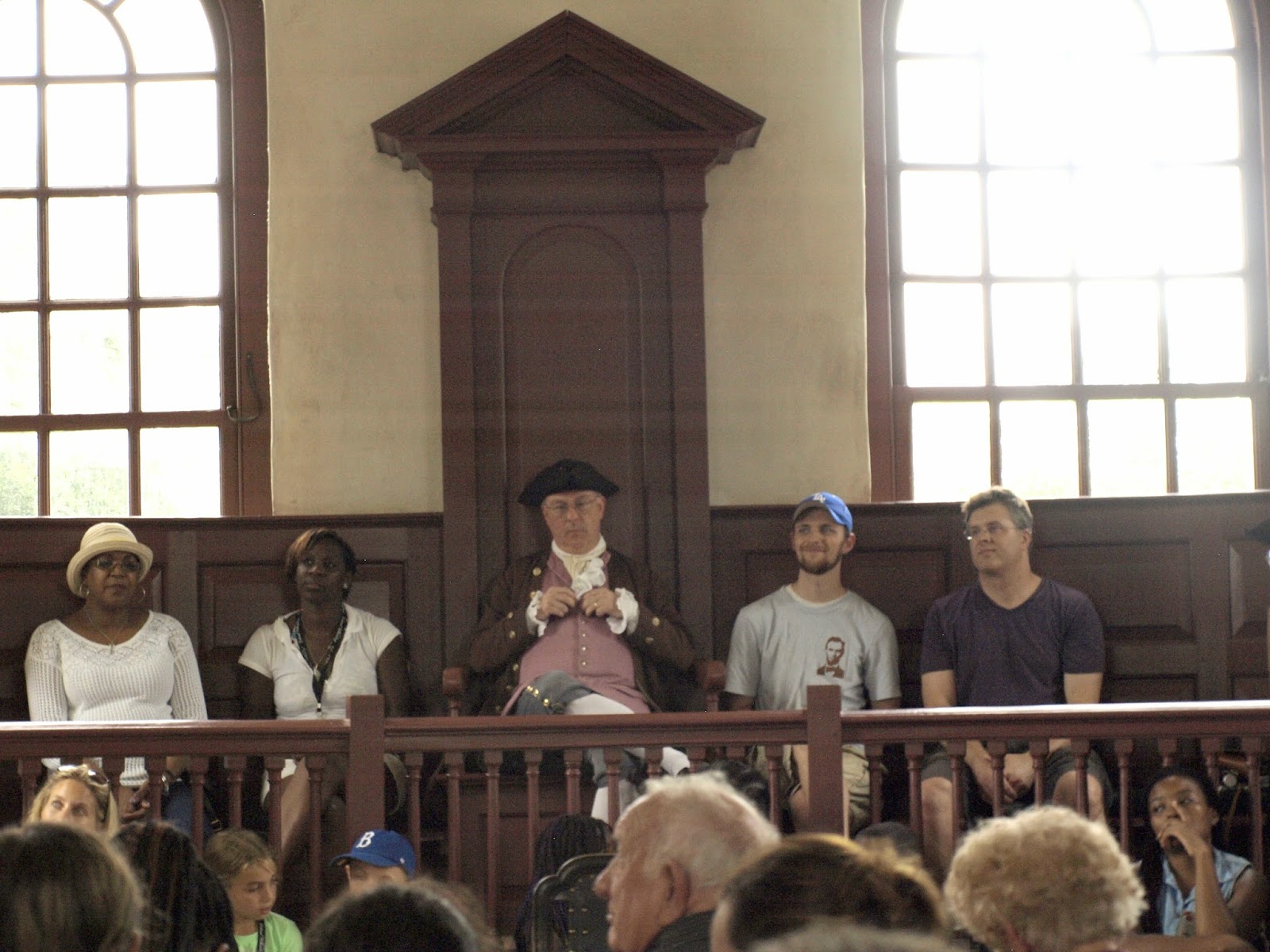 At the end of the day, we saw the troops rally to prepare to go to battle at Yorktown. The fife and drum brigade came first, and boy, were they awesome! 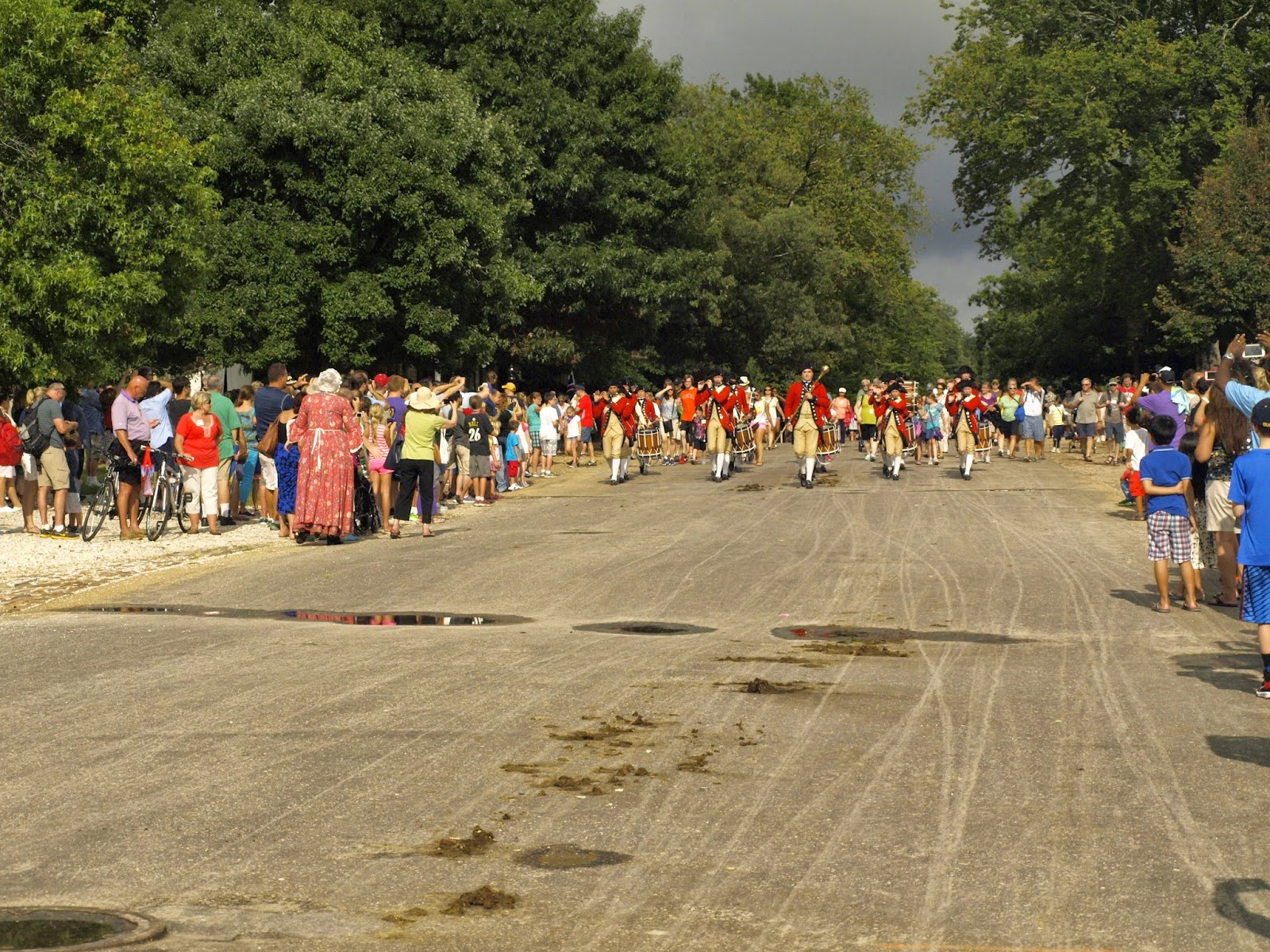 Nikolai thought they were just the bee's knees :) 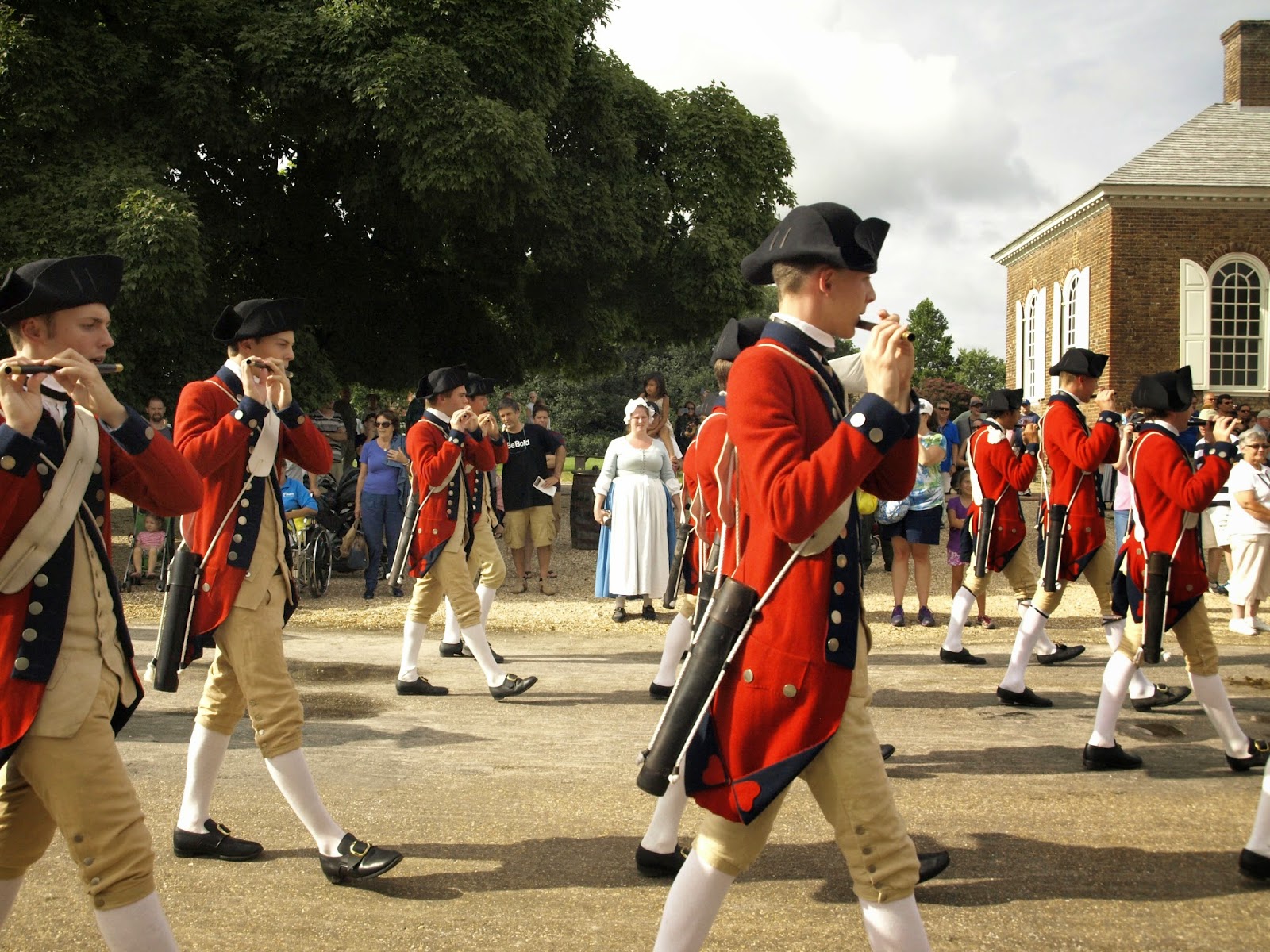 Finally, George Washington came out and told us all about the campaign. 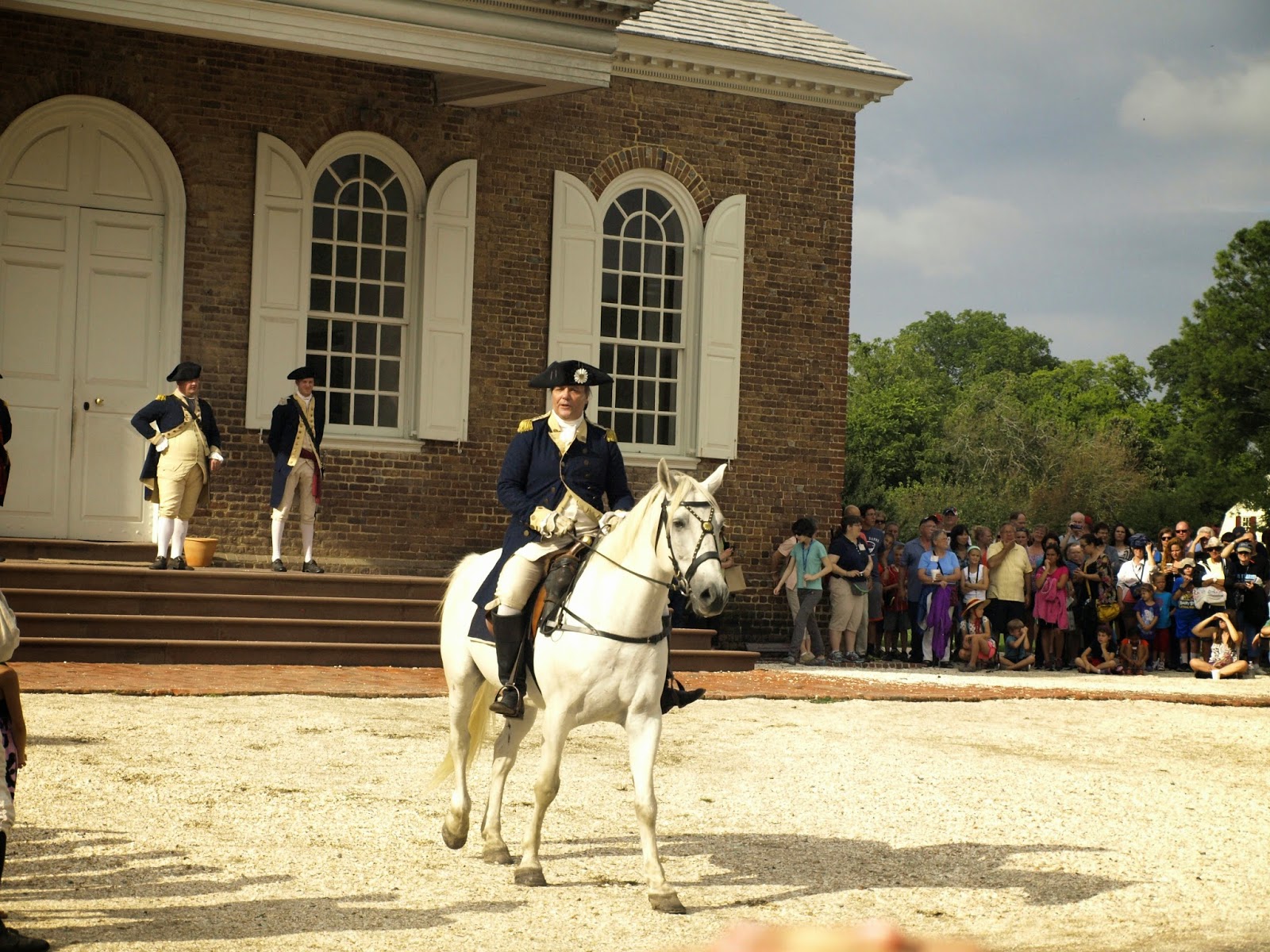 Living history, you guys! It's the best!