A few months ago, my mom discovered that tons of my dad's family were from western Michigan--only a few hours away from where we live!

It sounds odd that we didn't know this, but my dad was actually adopted by his mom's husband, Edwin Sebright, when he was young. From what I know (correct me if I'm wrong, Dad!) he knew some of his new extended family but not much, and we (and by "we" I mean my mom!) hadn't gotten around to doing the family history work on that side until very recently.

So when we found out that there were lots of our ancestors buried just two hours from us, we knew we had to go check it out!

We pulled up in Poplar Hill Cemetery and stumbled right into a set of graves with this great family grave marker: 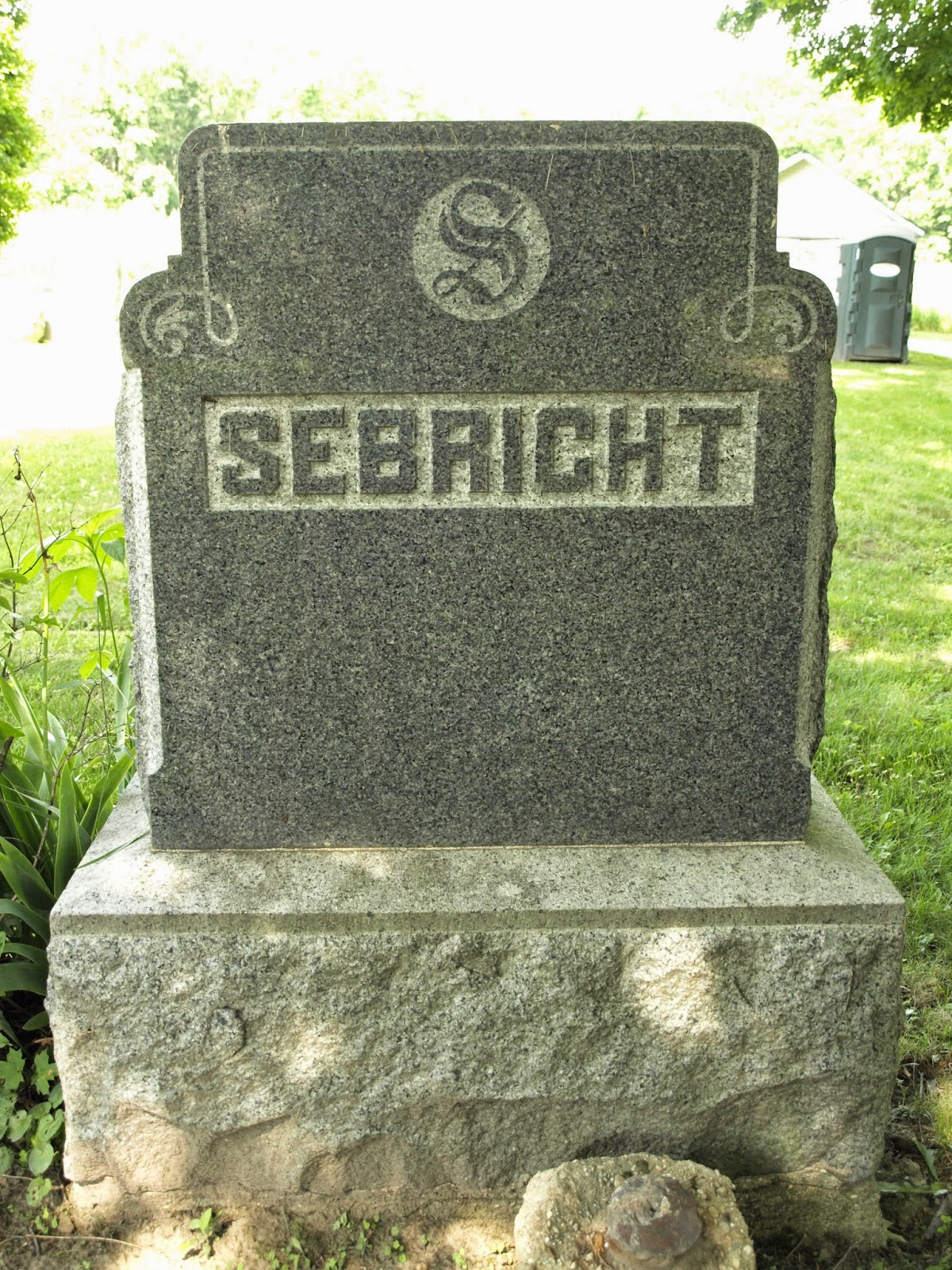 At this point, we got so excited! We had found some family! Only some of the family were there though, so we then very systematically (those old German Sebrights would have been proud!) search the rest of the graveyard for the rest of the people we were looking for.

Nikolai was pretty great--he mostly wandered around, occasionally sitting on headstones but mostly being respectful and well-behaved: 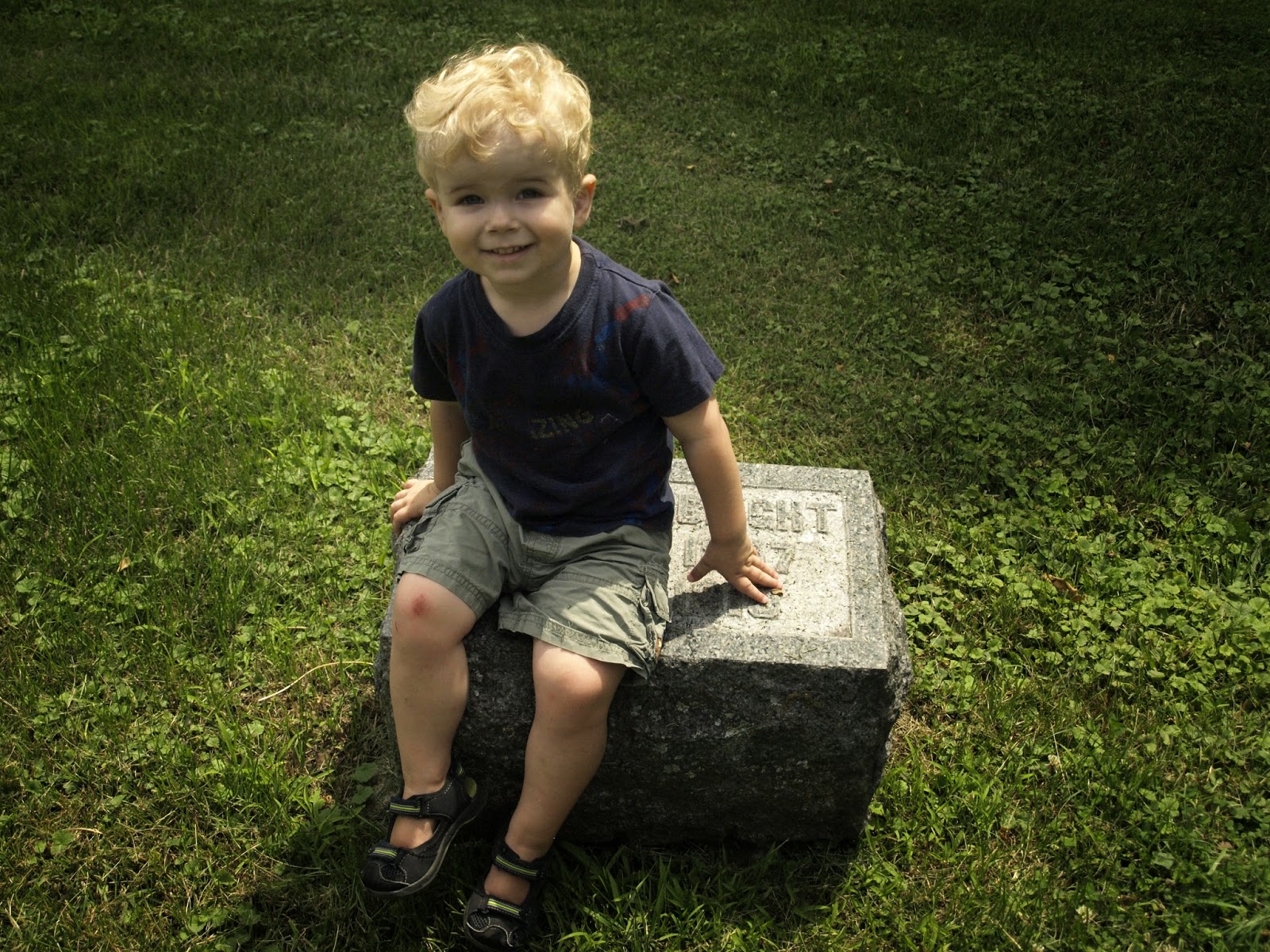 Some of these old family plots had little square monogrammed stones at the corners of a rectangle around the plots. This was one around one of ours! 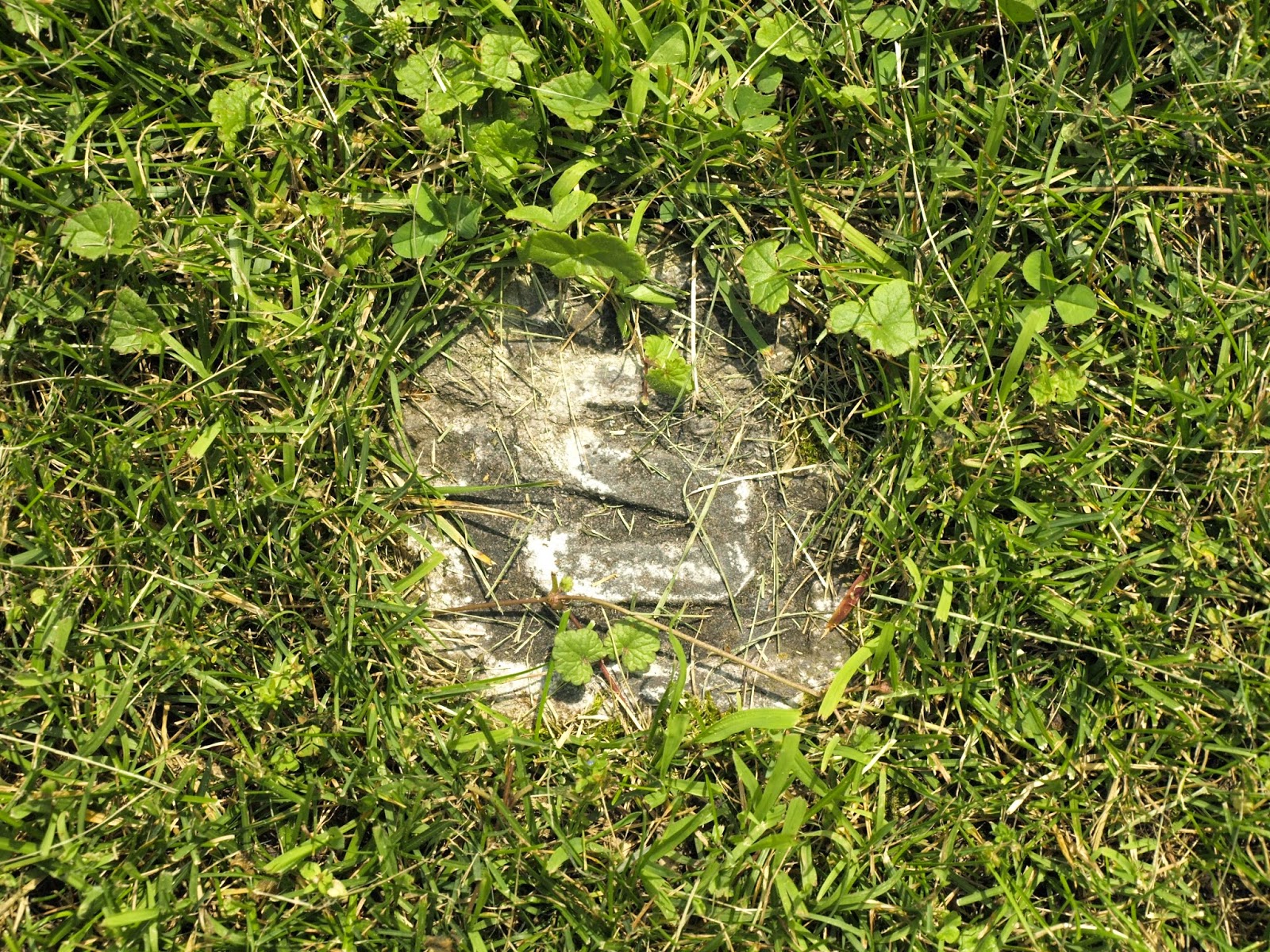 After some searching we finally found the start of the Sebrights in America: Christian and Mary Sebright, who came over from Hannover, Germany in 1859.

Christian's gravestone is even in German! 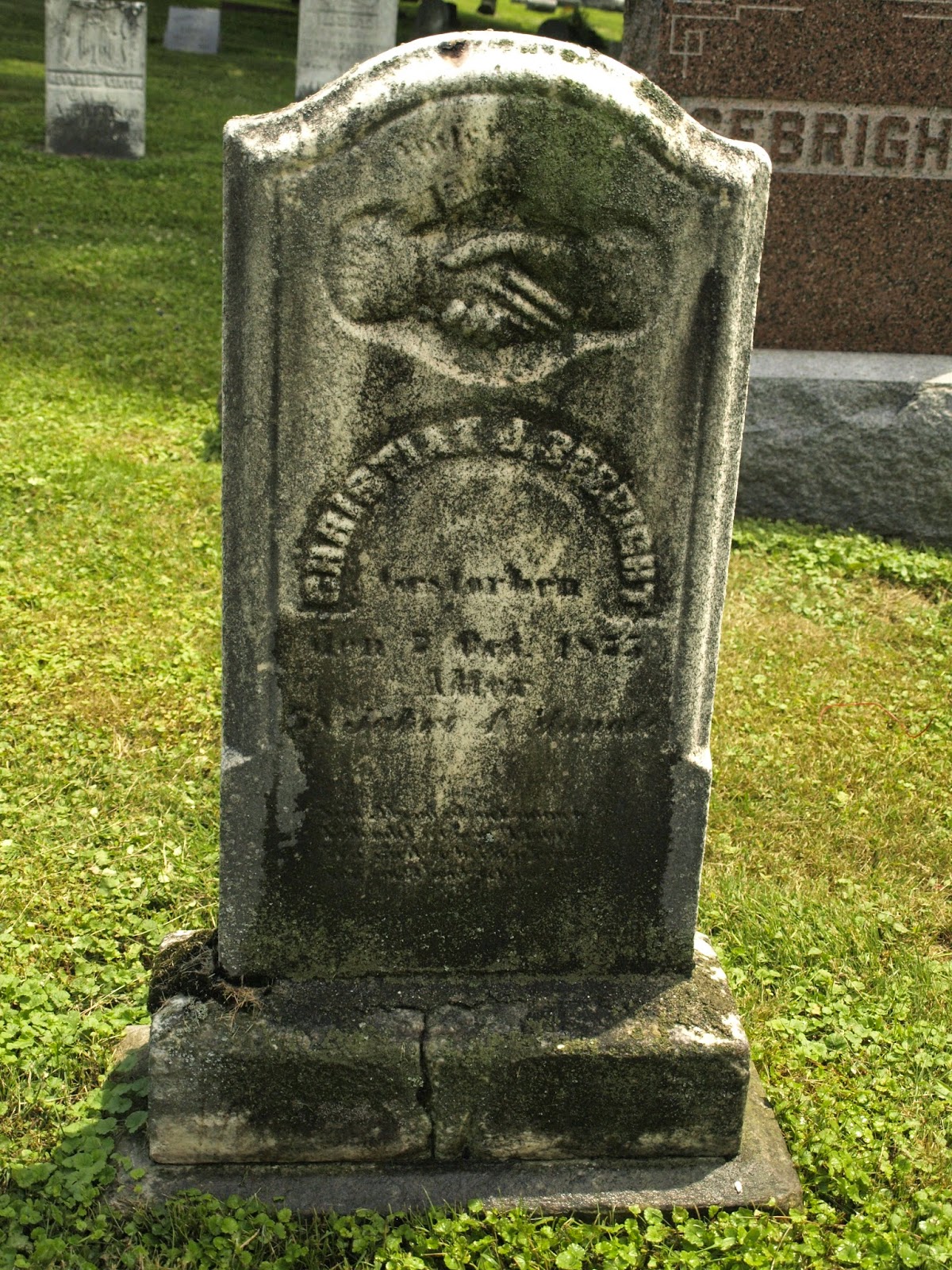 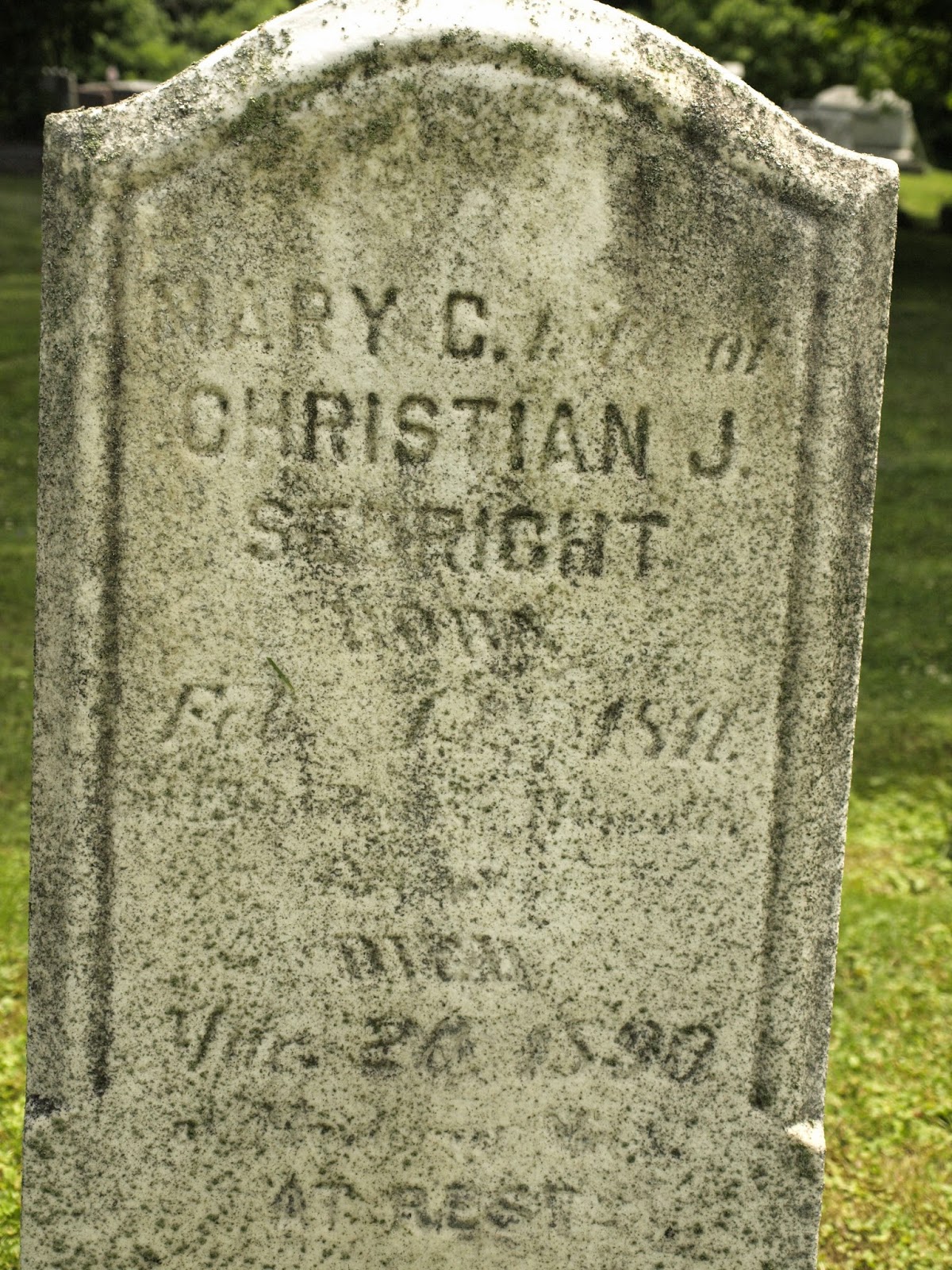 We went to another graveyard after the first, where we found many more anscestors. All told, I think we came across about 80 Sebright graves (many of which we didn't have on our list to look for)--not a bad day's work!

We also came across this church, which we think is the same as the one that Christian Sebright donated property for to have built. Unfortunately, we were there on a Saturday so there was no one there to ask, but I hope we find information on it soon! 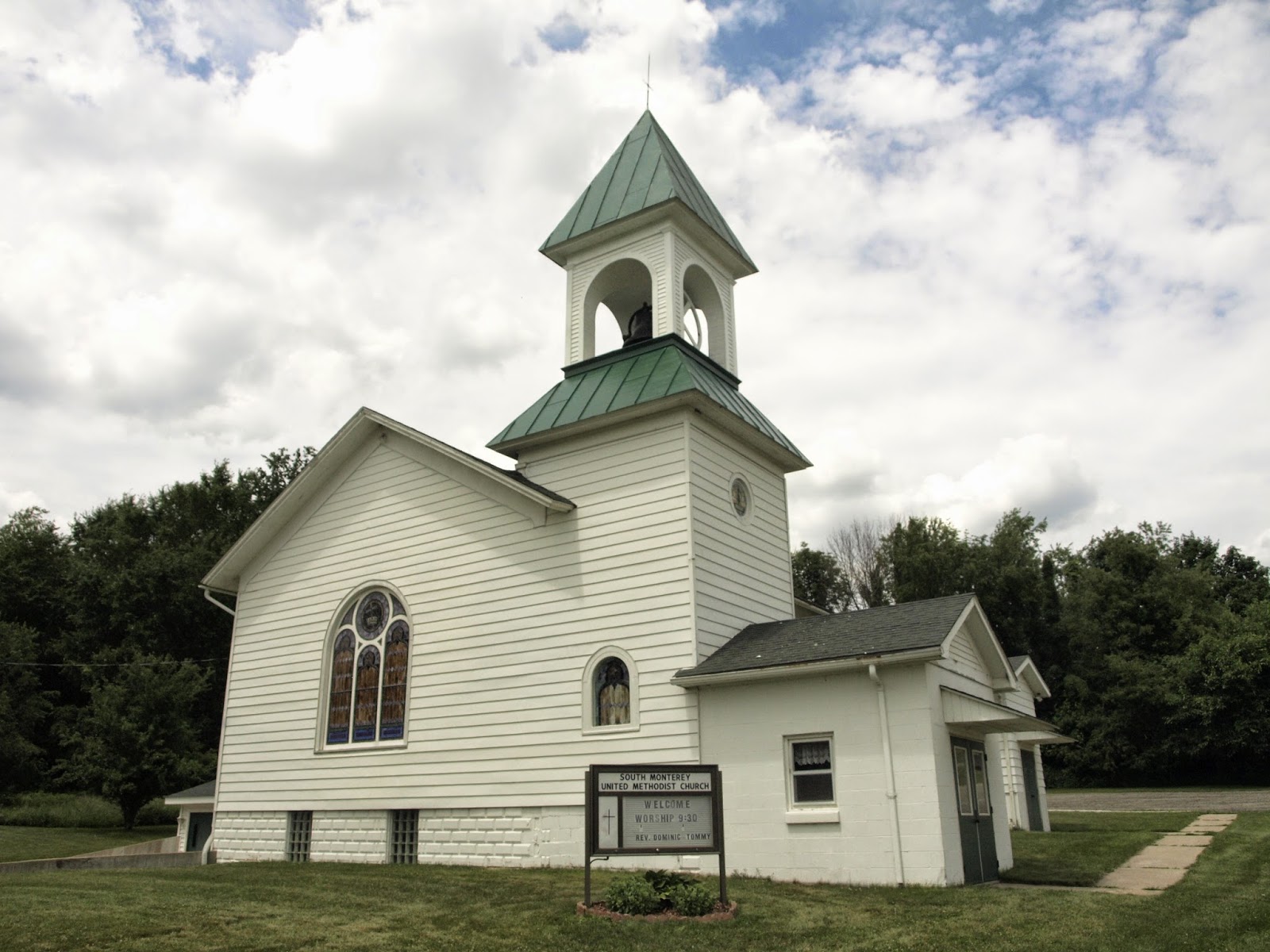 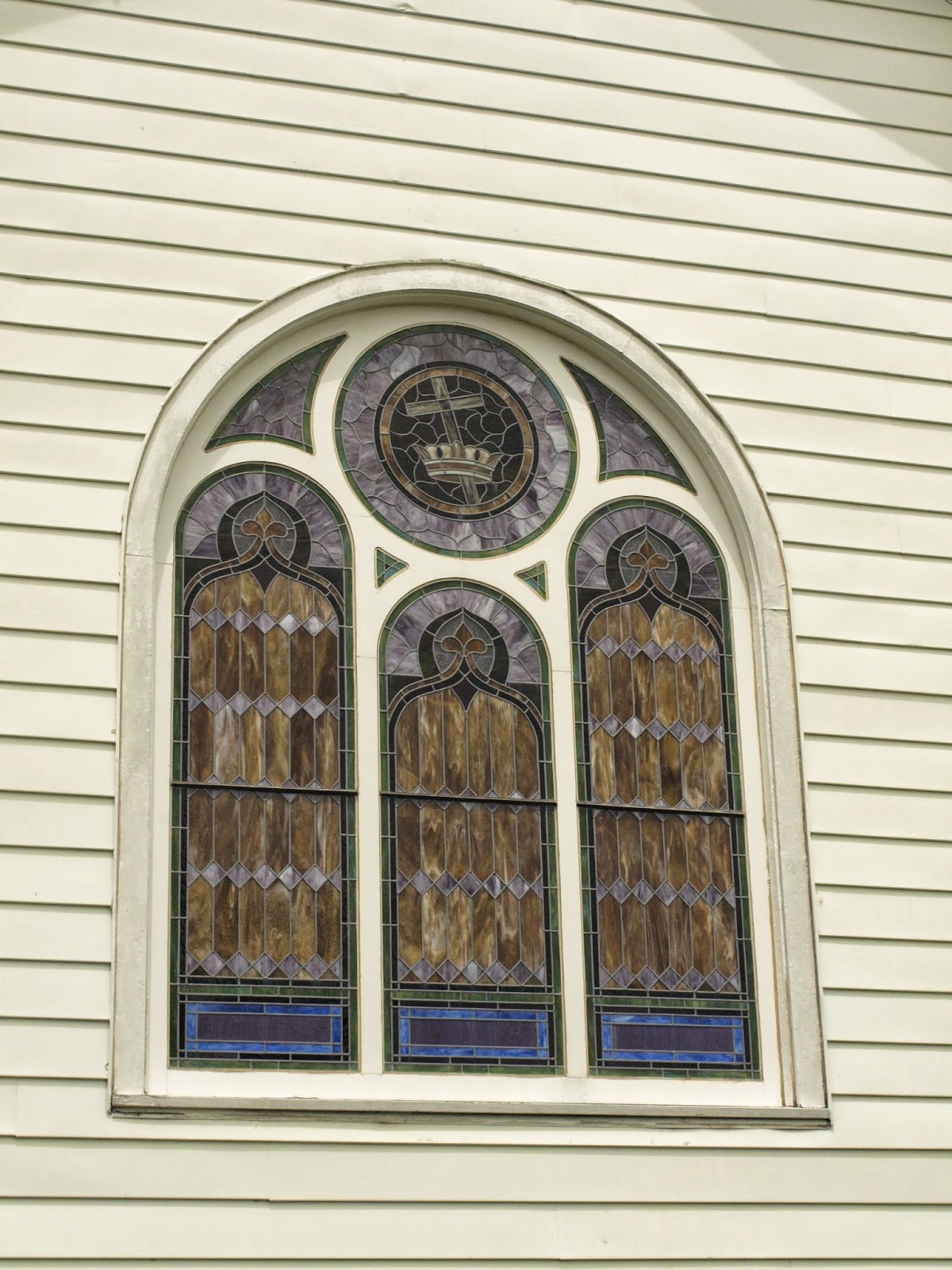 This was such an amazing excursion. I felt conflicted at first when we started researching the Sebright line--after all, they're not my biological ancestors, so shouldn't we research my dad's biological father's family first? But seeing all those gravestones (especially ones of deceased young children), thinking about the lives they might have lived, I felt so close to these people that I used to share a name with.  Even if we don't share the same genes, these people are my people, and I'm so glad to have gotten the chance to see many of their final resting places.

Maren said…
That's so cool! I love going through graveyards, especially looking for ancestors. What a nice surprise to find so many buried so close to you.
July 18, 2014 at 1:33 PM