Nikolai is starting to be interested in letters!  For awhile he called them all "Two!" but lately they're all Js or Os.
Anyways, back before NaNo when I had a lot of time, I sewed him this little alphabet chart with pockets for pictures of words, and last week we sat down with his alphabet blocks and did some matching! 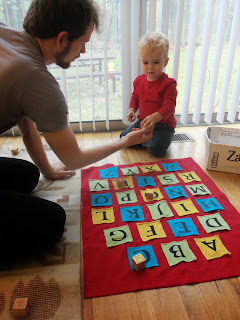 He actually wasn't too bad--if we pointed to a small area he could actually match them pretty well! 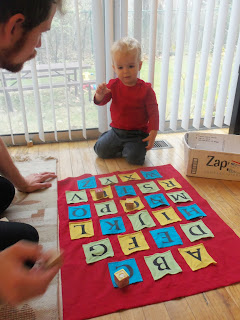 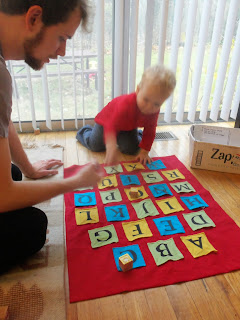 Anyways, it was really, really cute, and we were so pleased that he's already interested in letters! (Can you tell he's the child of bibliophiles?!)

Another new Niko-ism is his interest in coloring! 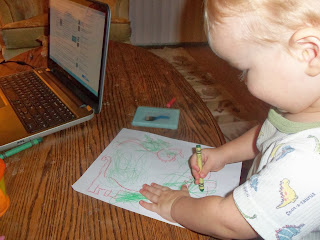 It's actually become a really sweet thing that Jesse and Niko do in the evenings, and I always really like looking over to see them drawing together. 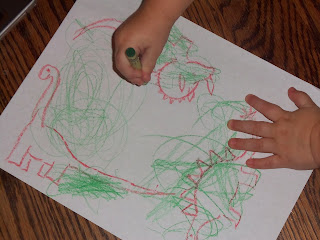 Also, aren't Jesse's little sketched dinosaurs awesome?!  (I didn't bother to include photos of mine...they are not very impressive ;D)

Thanks for wanting to draw with us, Nikolai!

Anna said…
So cute!! Wesley's favorite letter is 'o' he's always so excited to point them out.

Jesse's dinosaurs are majorly impressive. So sweet to see the scribbles on top.
December 8, 2013 at 6:09 PM