On our fifth day in Rome, we decided to NOT be in Rome. In other words, we took the train to the beach!!!

And by "took the train" I mean we figured out how to get our tickets ok, but the ticket doesn't say what platform it's on and the big timetable of departures listed only end destinations (meaning our ticket bore no relation to the board). We ended up finding two that had the same departure time as our tickets and then picking one, but figuring this out ate into the buffer we had given ourselves to get to our train on time.

So there we were, carrying two kids, a duffle bag and a resuable grocery bag full of picnic supplies , running down the longest series of train platforms I have ever encountered. It turned out that our platform was the furthest one in the train station and we literally jumped on it just as the doors were shutting, quickly asking a random person in a train employee uniform if we were on the right train (because we still didn't know for sure!) I think he was off duty but he nodded his head at us all the same, so we found our seats. Still, I didn't relax until the conductor came around and checked our tickets. When she didn't throw us off the train, I figured we were on our way!

It took about an hour to get to Santa Marinella, the nearest beach that had a free section for us to use (it seems that most beaches in Italy require you to pay 15+ euros to rent a spot with chairs/an umbrella, and while that's not terribly expensive, we were trying to do this trip on a budget). The train ride was fun (tunnels! stations!) and smooth, and we found our way to the beach pretty quickly.

We had a quick snack while applying sunscreen, and then we were off to the water! 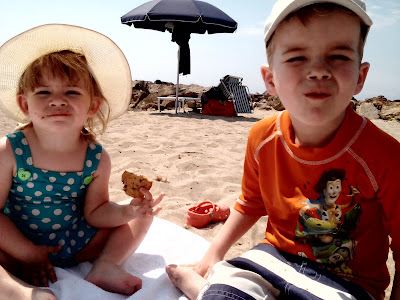 And let me just say: going to the beach was definitely the right choice. It was SO HOT and the water really hit the spot! 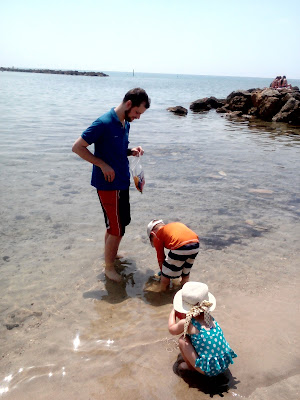 The kids absolutely loved it too! They were both in the water as soon as I let them, and they had a blast playing in the sand, looking for seashells/interesting rocks/wading out in the water, and building with rocks and sand. I mean, seriously, I rarely see these kids so easily entertained for so long, and it made me so happy! 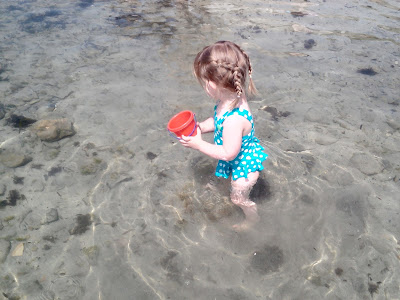 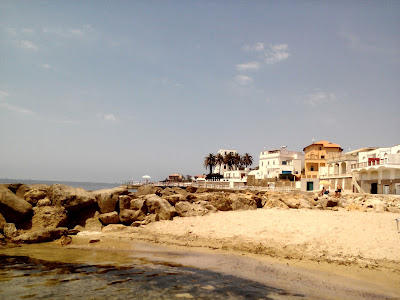 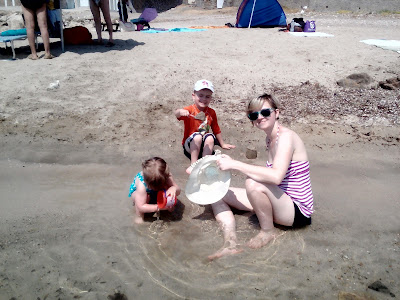 We took a break after a few hours to eat and reapply sunscreen (not an easy feat after being in the sand and water for so long--I think we all ended up with a fair amount of sand rubbed in with our sunscreen) I had brought a lot of snack foods (apples, granola bars, chips, cookies, etc) as well as the makings of pb+j sandwiches, but as soon as we got there I realized that making sand-less sandwiches was laughably impossible, so we just ate all the snack food instead. And you know what? It was totally fine. None of us were the worse for having eaten a whole bunch of granola bars and chips for lunch. Let this be a lesson to me that it's ok to relax the healthy/balanced eating rules sometimes! 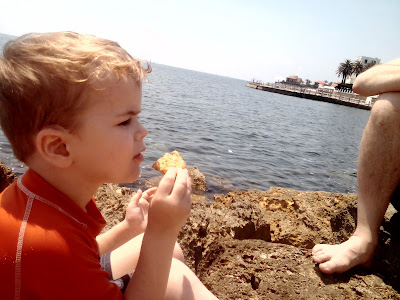 I think we stayed for around 4.5 hours, at which point it was both time to get out of the sun and catch a train back to Rome.

The Santa Marinella train tickets were no less confusing than the ones in Rome, but the station was 1/10th the size, so it was easy to figure out where to go. 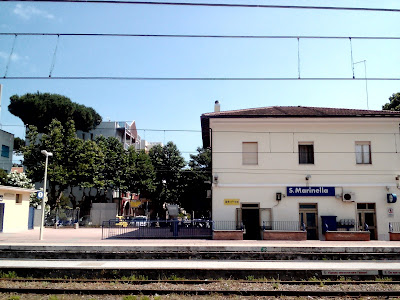 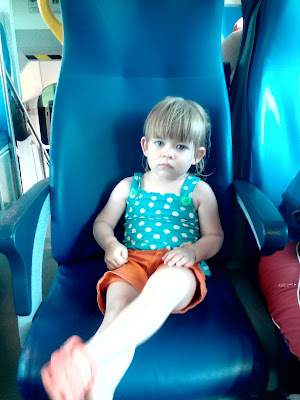 So let this be a lesson to you: sunscreen does actually work, and you should apply it thoroughly! ;) 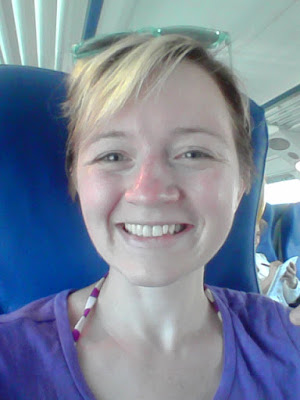 After the peaceful train ride it took us another metro ride and a bus ride to get back to the apartment, at which point we were completely pooped! I have no idea what we did the rest of the evening, but I imagine it involved lots of sitting down :)

Maren said…
I'm so glad you guys made it to the beach! It looks beautiful and the water is so calm and clear and shallow. Perfect for kids. Just what you need when you go to Rome in a heat wave.
June 27, 2017 at 2:46 PM