Our Miri dearie is one month old today!

Nikolai's baby book had a page for each month with some milestones, but Miriam's just has quarterly update pages (probably best for a second child...let's just be real, I'll be much more likely to forget to fill it out this time around!). So I'm going to attempt to do a monthly update on here instead! I don't promise to do it every month, but I'll give it an earnest effort. 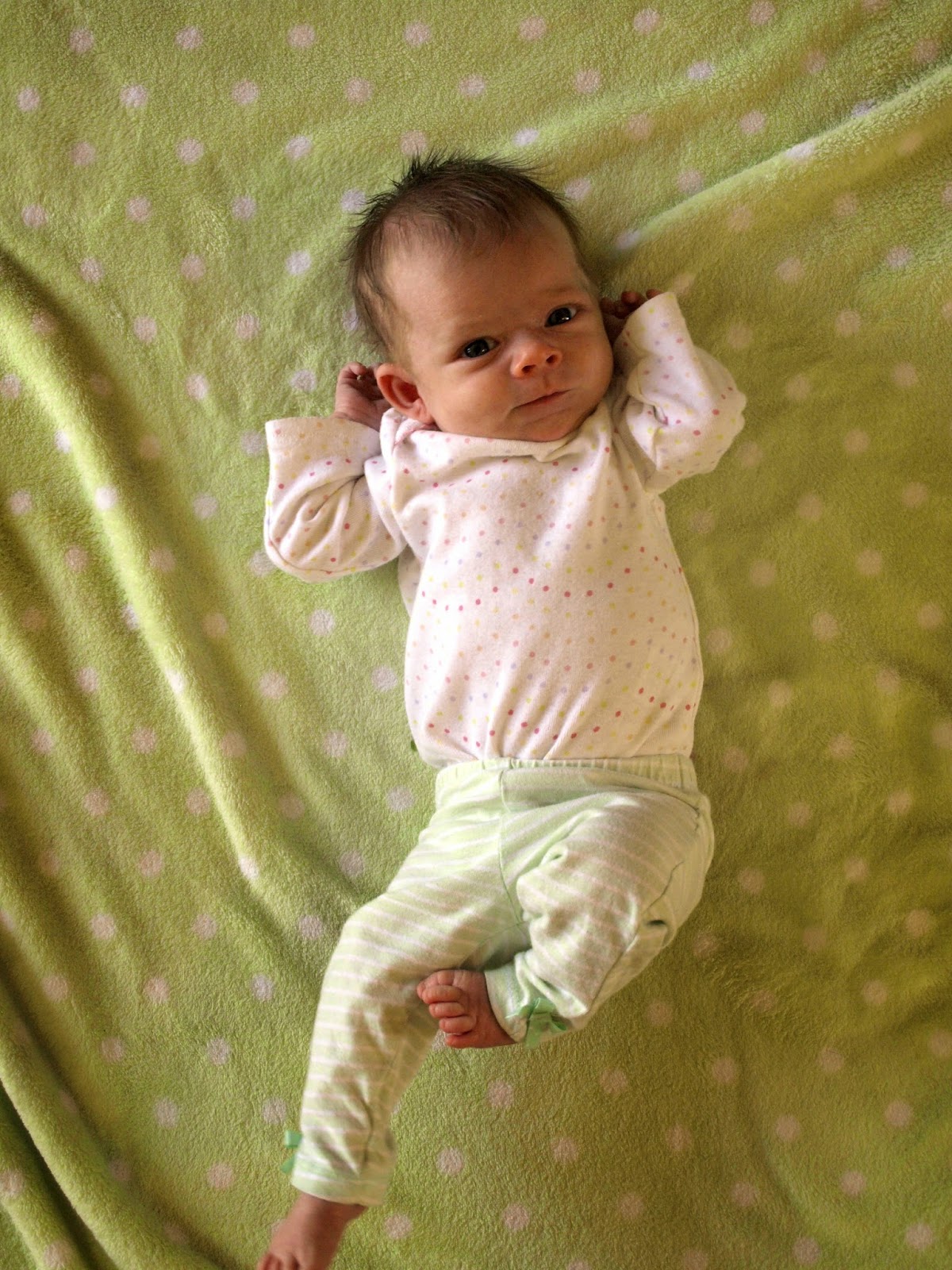 Sleeping patterns: She's usually awake for most of the morning, sleeps for most of the afternoon, and alternately snoozes and is awake during the evening. We're still in a weird place as far as bedtime is concerned--most nights we get to sleep around midnight (ech!) and she'll usually wake up once between 2 and 4 and once again between 5 and 7. I definitely prefer the nights she sleeps til 4, because then she often won't wake again til 7 so essentially I only have to wake up once those nights. But those nights are most the exception than the rule so far! Eating habits: She's exclusively breastfed right now, and eats give or take every 3 hours. She's a pretty sleepy baby, so I usually have to wake her during the day to eat. At night, she wakes on her own every 2-3 hours. 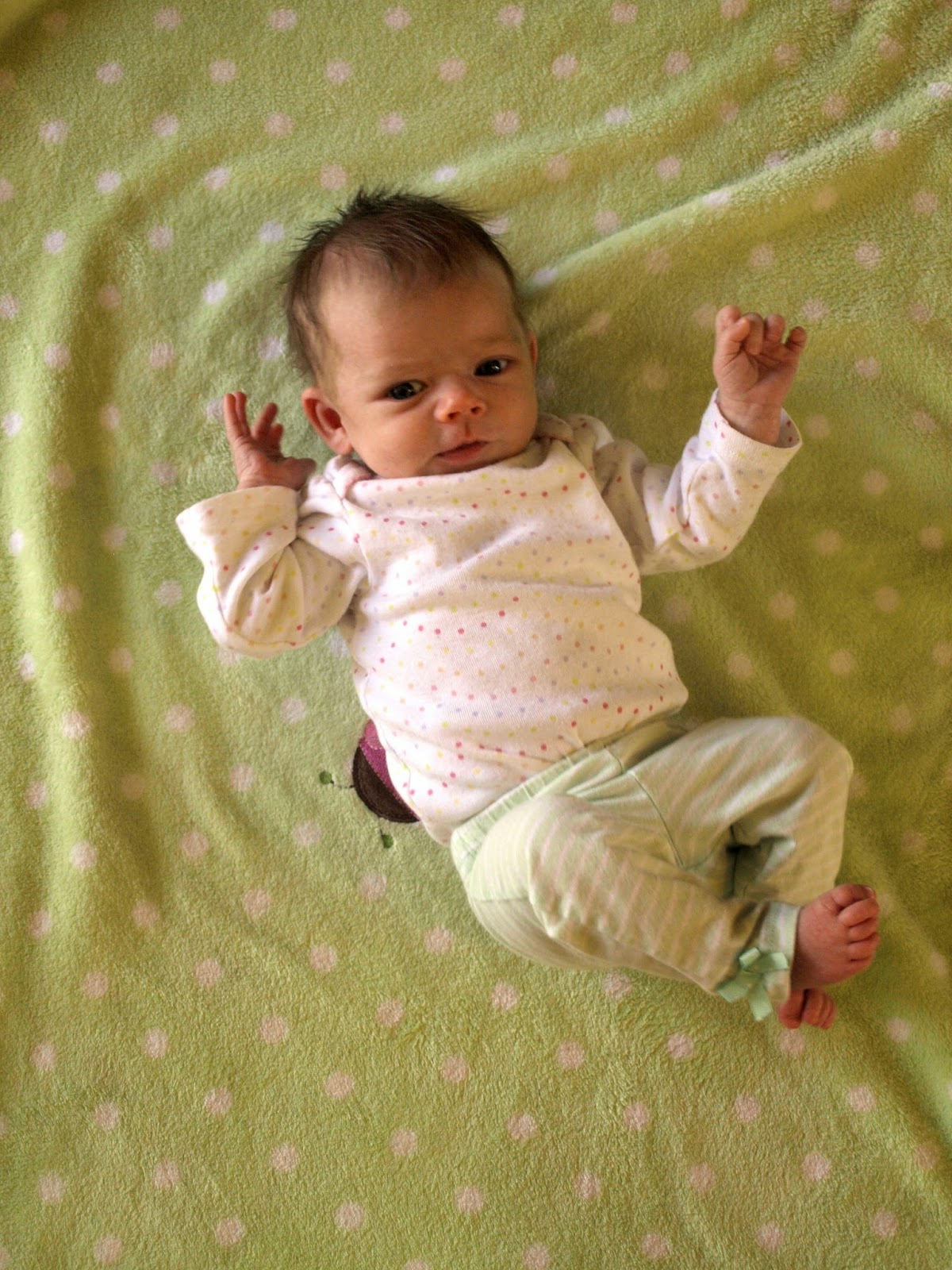 New discoveries I made: She's just starting to make eye contact and really look at you when she does. It's the best! 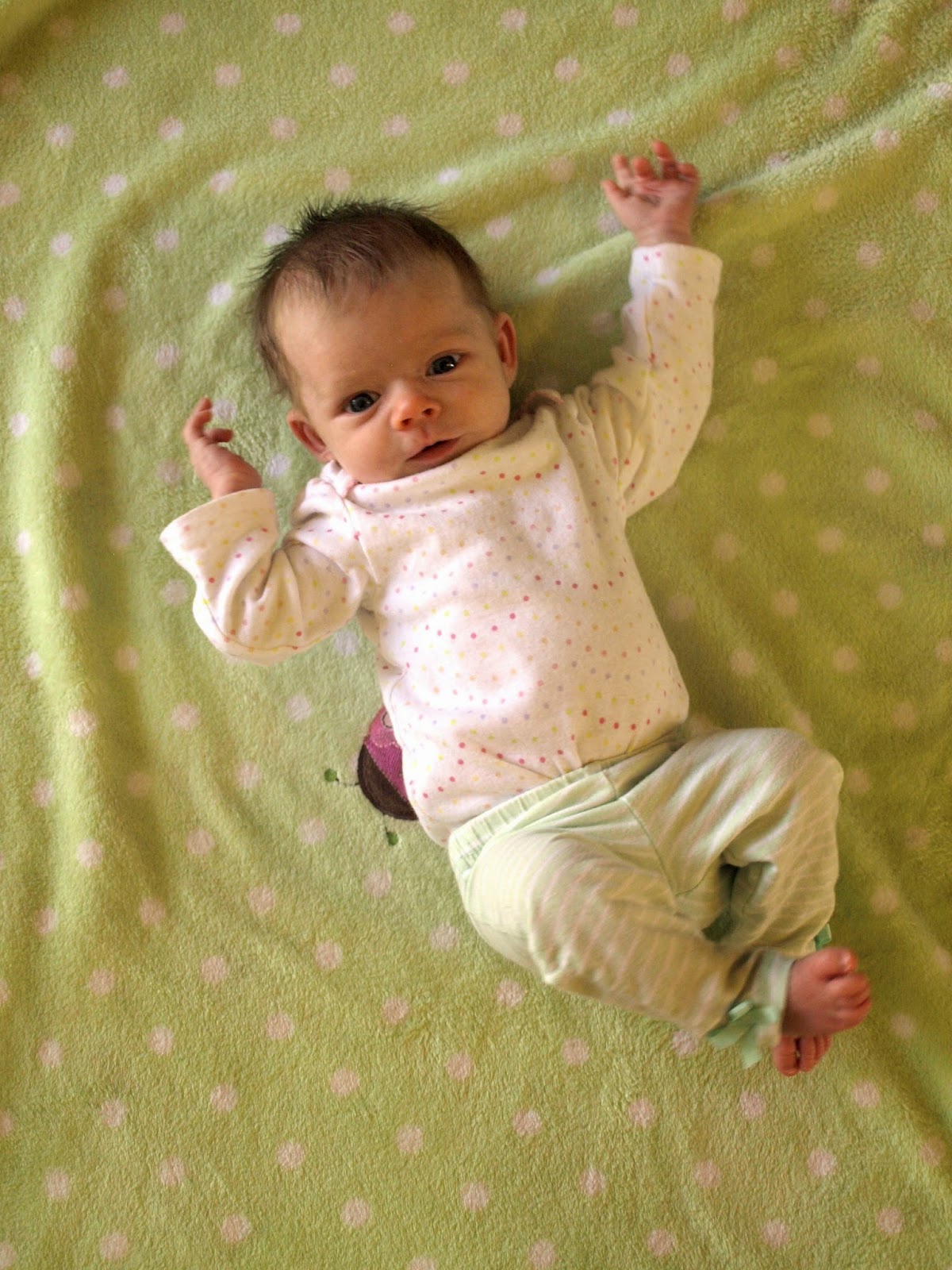 My accomplishments: She just barely got her fingers in her mouth the other day (though it was more accident than coordination) and has been enjoying wiggling around (as evidenced by these pictures!). 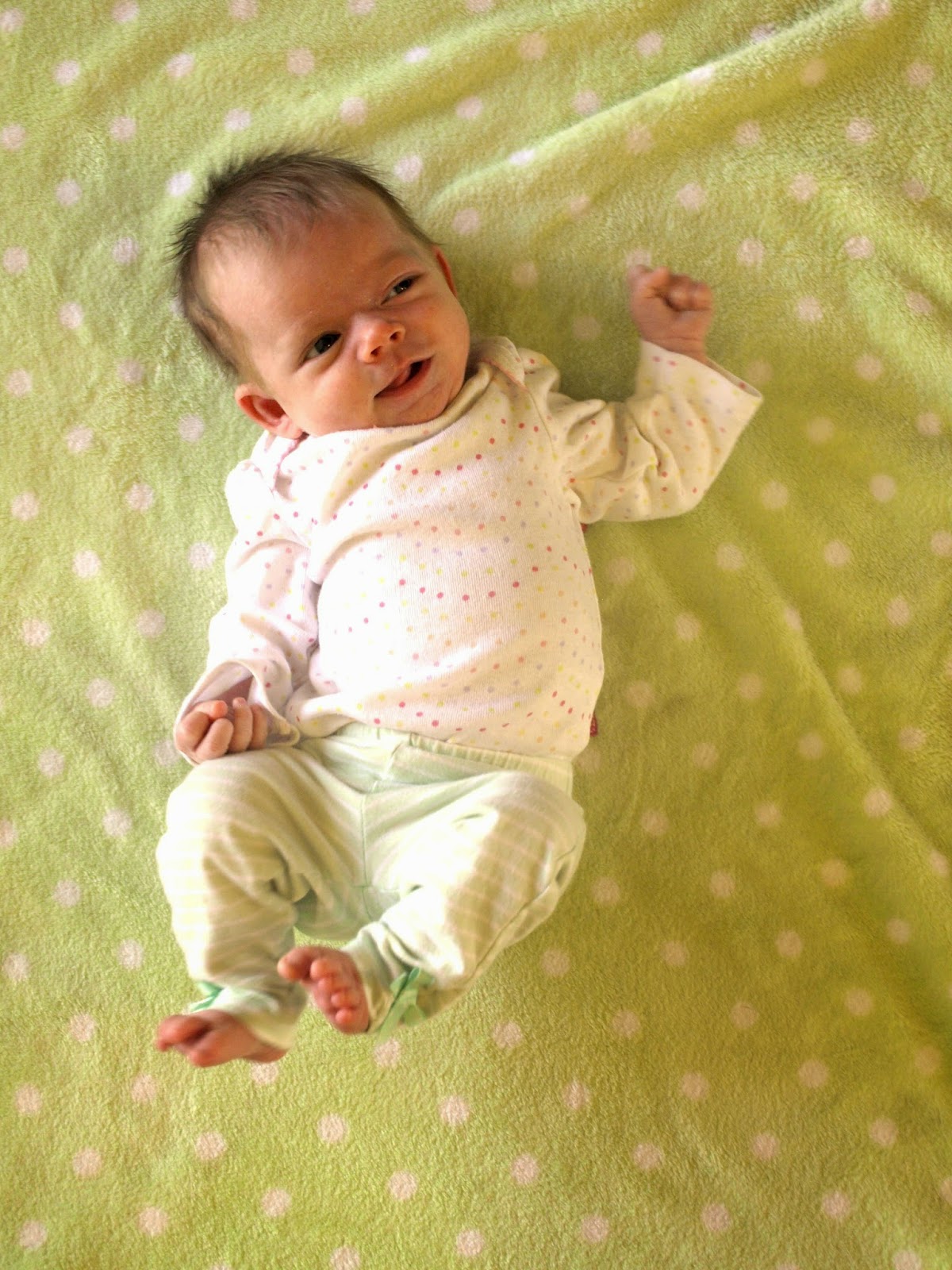 Places I went: Story time at the library and the Zoo with Grandma Dolly! 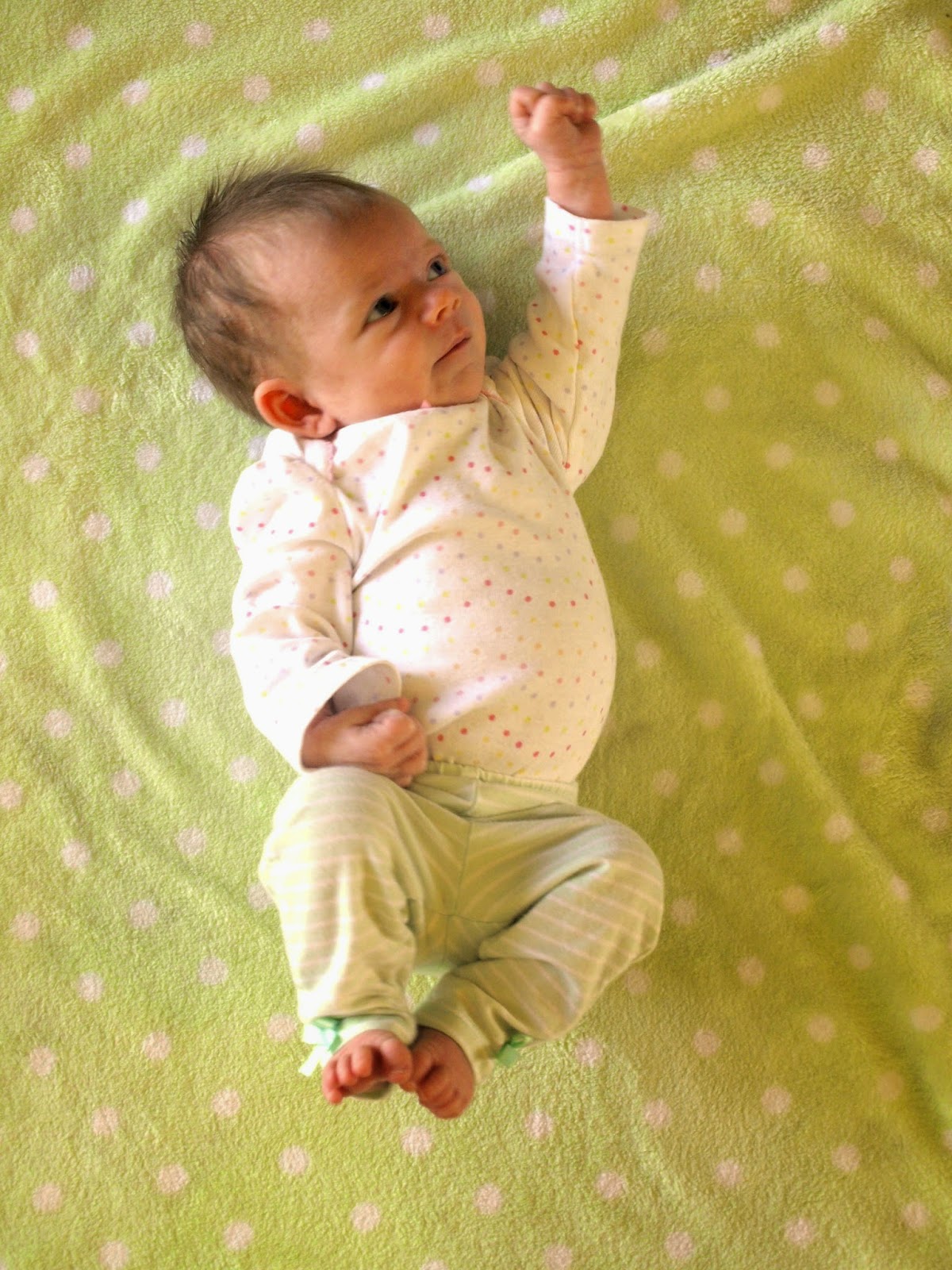 Special Memories: She very briefly smiled at Jesse and me the other day! We haven't been able to make it repeat yet, but it was wonderful!