Our Leona is 9 months old! This is always a bittersweet time for me, when my baby has been out in the world longer than it grew in my body. It feels like a turning point--like the baby is their own person now, like we're less of one organism and more like 2 distinct people. Obviously that was true from the beginning, but this feels like a more definitive marker. It's also a time when the baby is getting more physically independent and less interested in breastfeeding, so we're less connected in some ways. 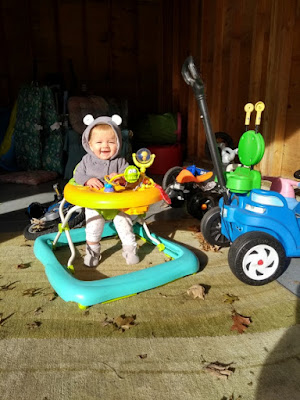 Leona at 9 months old is joyous, independent, and outspoken. She lights up when she sees something that makes her happy, and isn't afraid to holler when she feels a sense of injustice. 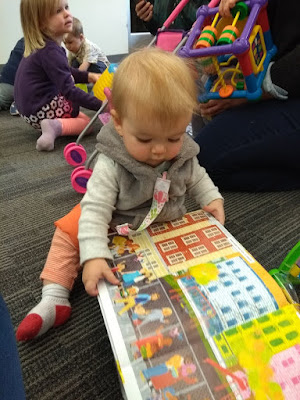 Sleeping Patterns: Leona is a pretty good sleeper! Naps are a little spotty and irregular (classic third child!) but she seems to take 2-3 during the day, with a tiny nap around dinner time when she just can't stay awake. She goes to bed around 8:45 and sleeps until 6:30 or 7 (depending on when we all wake up). For most of the month she was waking once a night and requiring some help to get to sleep again, but we've started training her to self-soothe and she's starting to go back to sleep on her own. 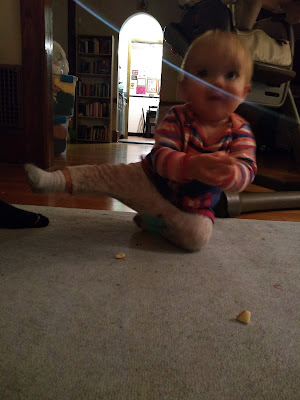 This photo is so blurry but she looks like she's doing a Russian dance!

Eating Habits: EVERYTHING. Ok, not really, but sort of! Her breastfeeding habits are basically unchanged (though she has less interest in breastfeeding) but she eats sooo much real food. She has stopped wanting to be spoon fed baby food and wants to feed herself grown-up food. She shouts at us if we eat something and don't share, and can eat basically anything (including apples! And she has NO teeth!) 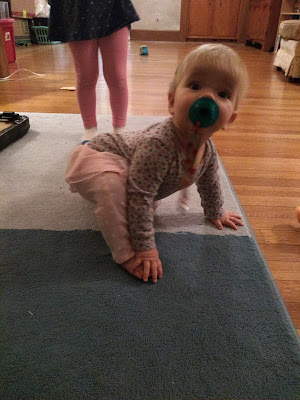 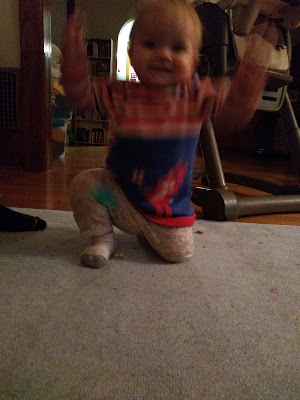 New Discoveries I Made: She discovered that by getting her knees and lifting her arms in the air she can signal to us that she wants to be picked up! 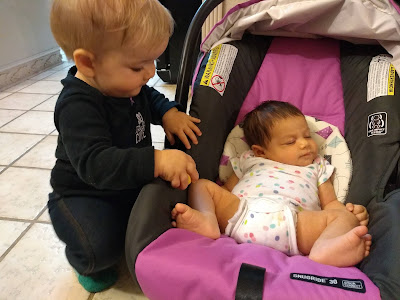 My Accomplishments: Shaking her head "no," eating 2.5 slices of pizza, and being awesome. 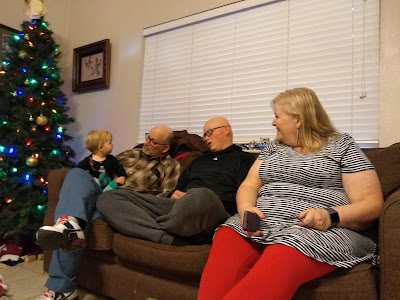 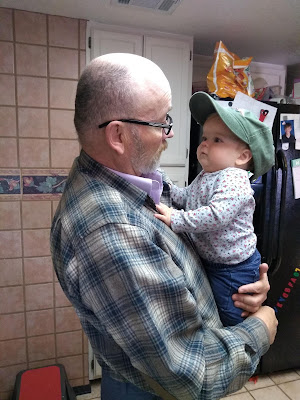 Places I Went: The biggest one is to Las Cruces, NM to see Grandma Dolly and Papa and all the aunts and uncles and cousins! 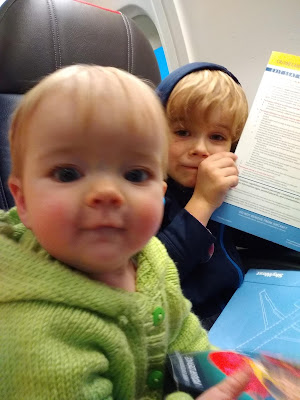 Special Memories: Leona learned to play high five with Jesse! She will play it with other people but she enjoys it best with Dad. Another one: she's learning to shake her head "no" when she doesn't want something, but she'll also do it when she sees something she's not supposed to have. Sometimes she'll start moving towards something she knows she's not supposed to have, shaking her head no as she goes! 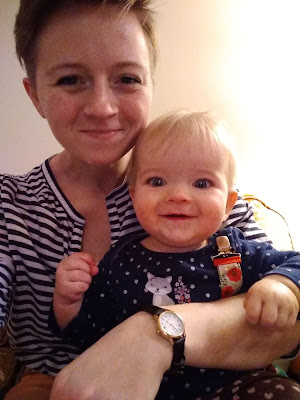